Many members of the prominent Tuckey family are interred in the crypt in Christchurch. The Tuckeys were originally from Bewdley in Worcestershire and the first member of the family, Timothy senior, arrived in Cork in the army of Oliver Cromwell. A leading figure in the parish of Christchurch, Tuckey died in 1668, and is buried in Christchurch. His burial is marked in the Church Register. Tuckey senior was Sheriff of Cork in 1657 and was Churchwarden of Christchurch in 1665.

Tuckey’s son, Timothy Tuckey, junior, was Alderman and Sheriff of Cork in 1666, and Mayor of Cork in 1677. When he was Mayor, Tuckey entertained the Duke of Ormonde, the then Lord Lieutenant of Ireland, to a banquet at cost of £50. Ormonde, delighted with the entertainments, offered Tuckey a knighthood for his efforts, which he politely declined.

Due to his services as Mayor, the Corporation endowed Tuckey with waste land outside the city walls, afterwards called Tuckey’s Quay, which is now the southern end of the Grand Parade. Tuckeys Lane, which later became Tuckey Street, was also named after him. A limestone plaque can be seen on present day Tuckey Street with the inscription ‘Tuckeys Street 1761’. 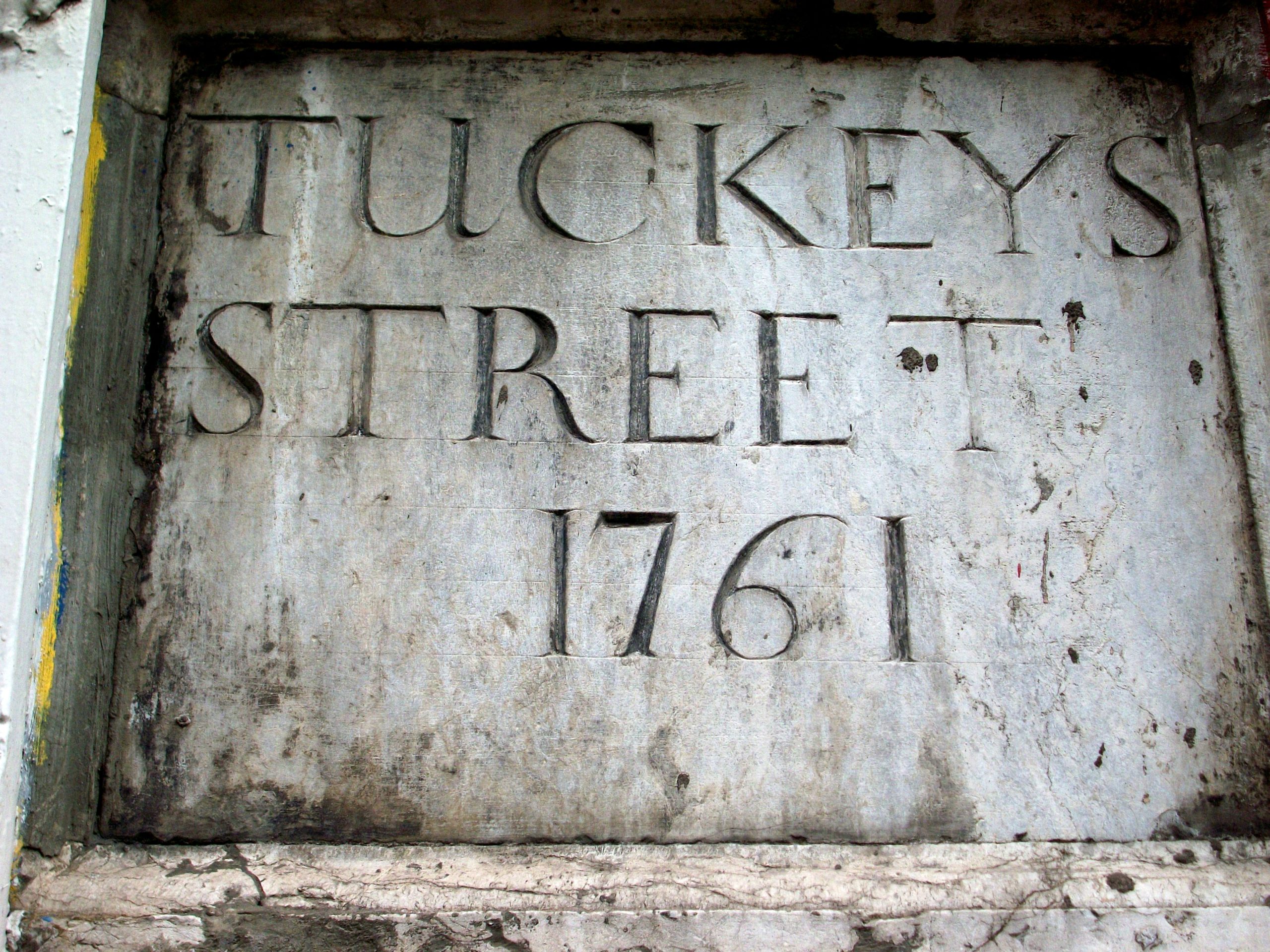