The ceiling of Christchurch is supported by twelve cast iron supports which are encased and decorated with ionic pillars of Scagliola. Scagliola is a technique that was used to produce features that resembled marble inlays. The technique came into fashion in 17th century Tuscany and was used as an effective substitute for marble. Scagliola is made from selenite (a kind of crystalline substance), glue and natural pigments, imitating marble and other hard stones. 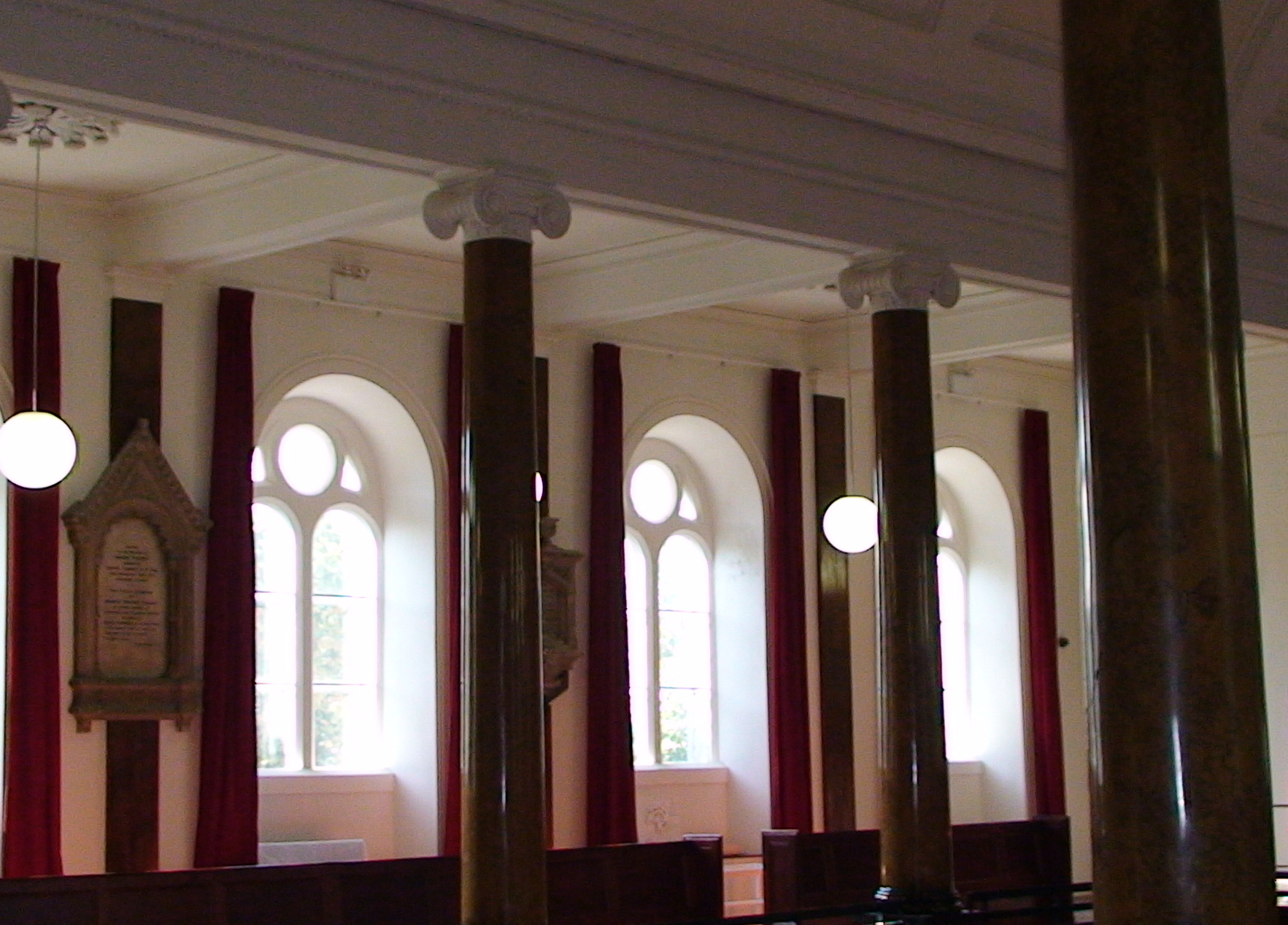 The scagliola columns in Christchurch

Scagliola has historically been considered an ersatz material and an inexpensive alternative to natural stone. However, it has eventually come to be recognised as an exceptional example of the plasterer’s craft and is now prized for its historic value as well as being used in new construction because of its benefits as a plastic material suited to moulding in to ornate shapes.