Although George Richard Pain carried out significant interior alterations to the church, the present interior dates largely from 1878-1879 when it acquired its timber pews, gallery rails and apse.

Cork architect, and pupil of George Richard Pain, William Henry Hill, designed the apse in 1878. He was diocesan architect for the Church of Ireland Dioceses of Cork, Cloyne and Ross from 1872 until 1878. He also made Romanesque extensions to St Luke’s Church and its rebuilding after destruction by fire 1887.

The apse is a semicircular recess covered with a semi-dome and is at the liturgical east end of the main building (where the altar used to be). The new vestry, on the organ side of the alter, was also put place at this time. 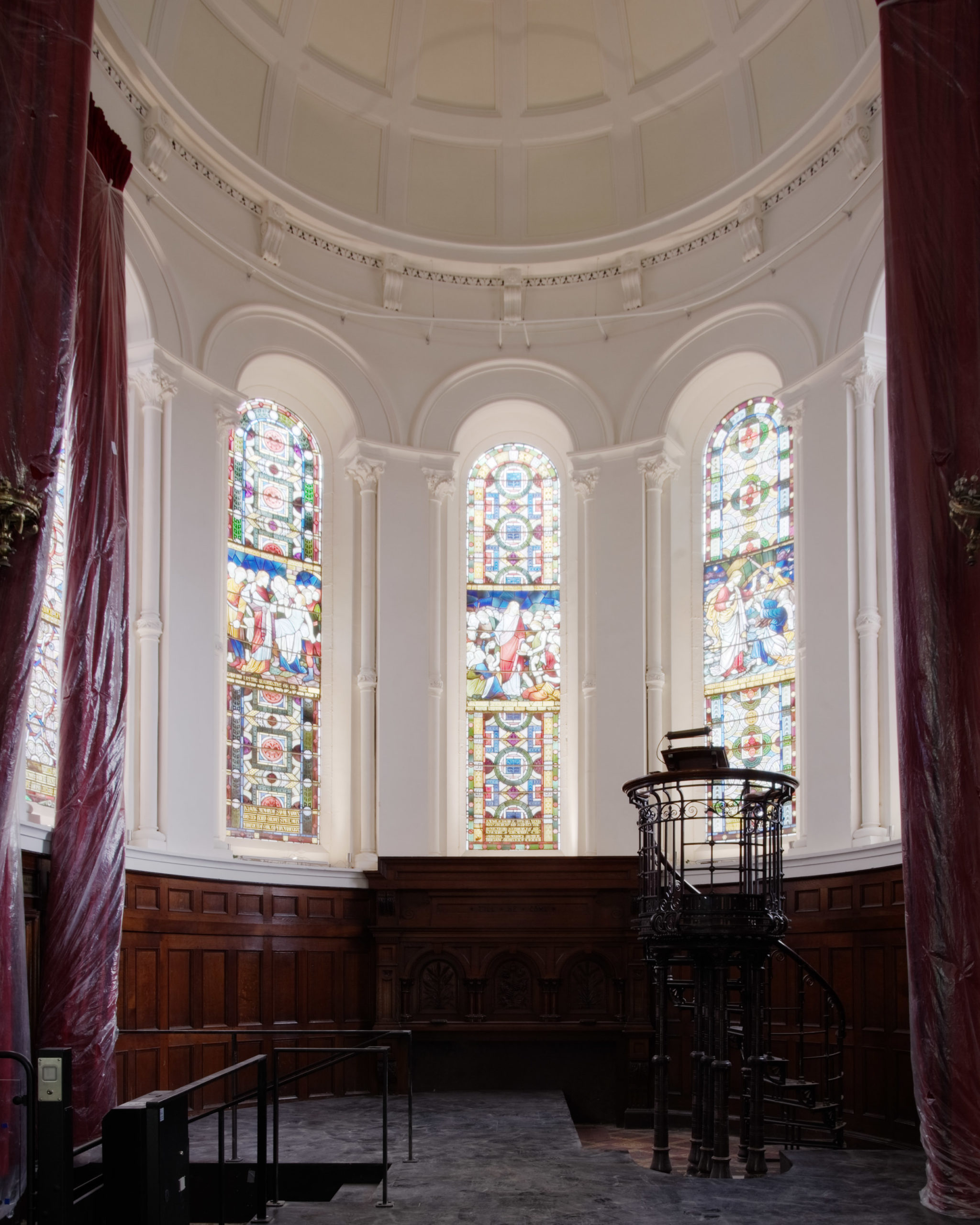 The addition of oak reredos and panelling of the apse was carried out by Harry Hems under immediate direction of Hill in 1892. A reredos is an altarpiece, or a screen or decoration behind the altar in a church, usually depicting religious iconography or images. The Christchurch reredos features carved images of wheat and grapes on the vine. The panelling was paid through private funds as a family memorial and it reads ‘Till He Come’, written in connection with the Lord’s Supper and a quotation of St Paul in ‘Corinthians’

“For as often as ye eat this bread, and drink this cup, ye do show the Lord’s death till he come.”

In 1885, the apse began to sink due to the marshy type ground on which it is built. In 1937 the apse was repaired and strengthened by wrapping a steel band support around the exterior wall. This support still exits and is visible from the cemetery. An extra steel support was put in place during the renovations in 2010 and this can be seen near the top of the apse. 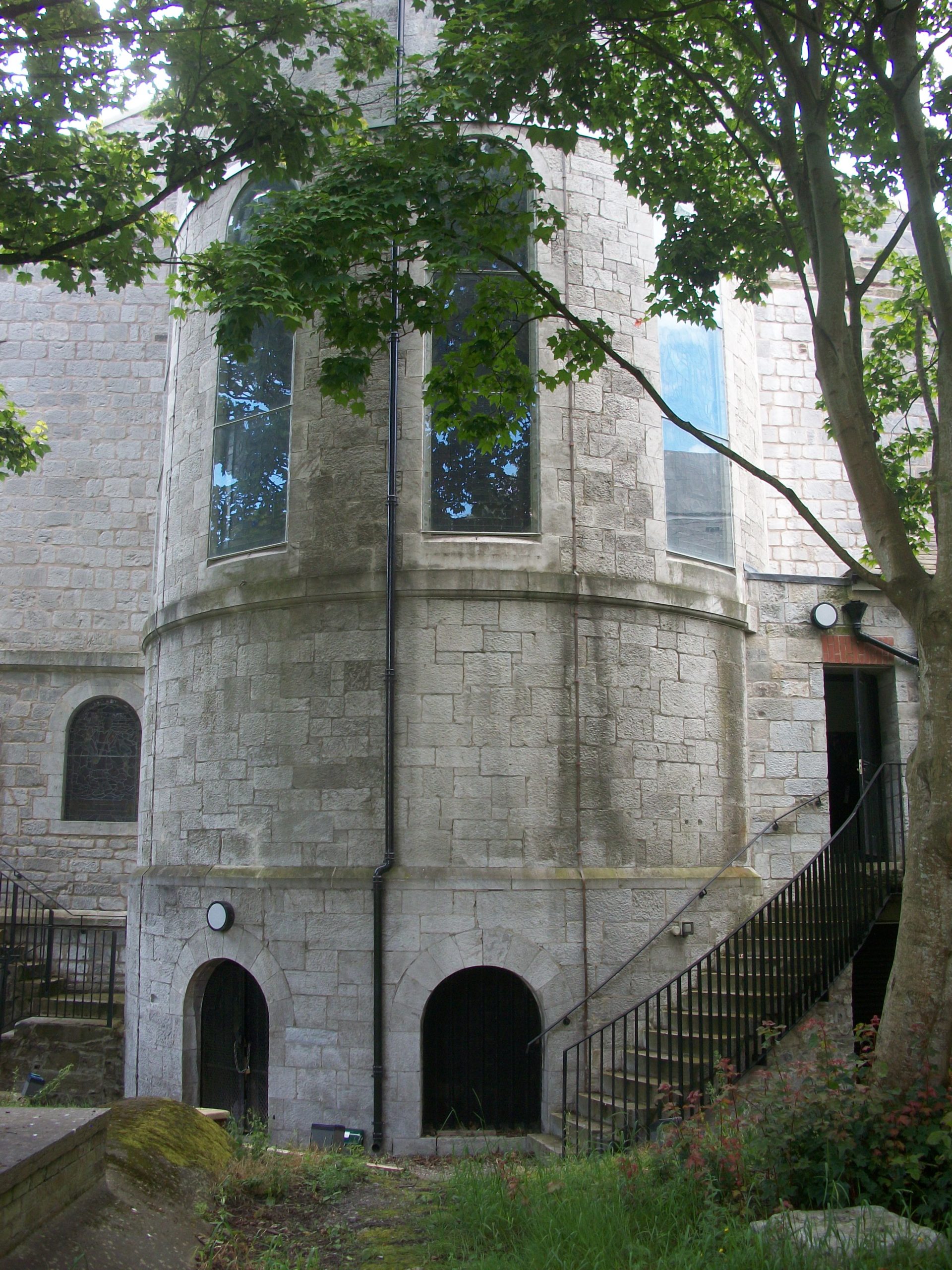 It is likely the three central stained glass windows were commissioned during the 1878-79 building of the apse. The windows on the far right and far left of the apse are later commissions, both dating from 1891. Three of the memorial windows were funded by the Perrier family who were among the leading civic and commercial families in Cork in the 19th century.