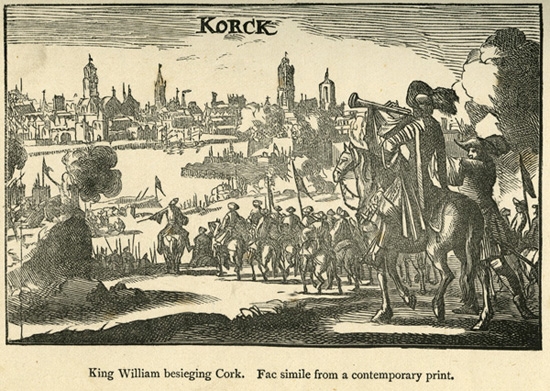 The accession of Catholic James II as king of England in 1685 served to heighten the fears of Protestants in both England and Ireland. When the Protestant Dutch king William of Orange was invited to become monarch in England Cork rallied to the Jacobite cause. In 1690, a Williamite army under control of the Duke of Marlborough was dispatched to Cork to regain the city.

Cork was laid under siege by massive artillery bombardment lasting 5 days and Christchurch was left with irreparable damage. A canon ball fired from Red Abbey (450m away) passed through the roof. Stained glass windows were torn out and the lead roof dismantled to provide material for bullets. The church sustained so much structural damage that it was decided to completely demolish it in 1716 after being in existence for more than 5 centuries. 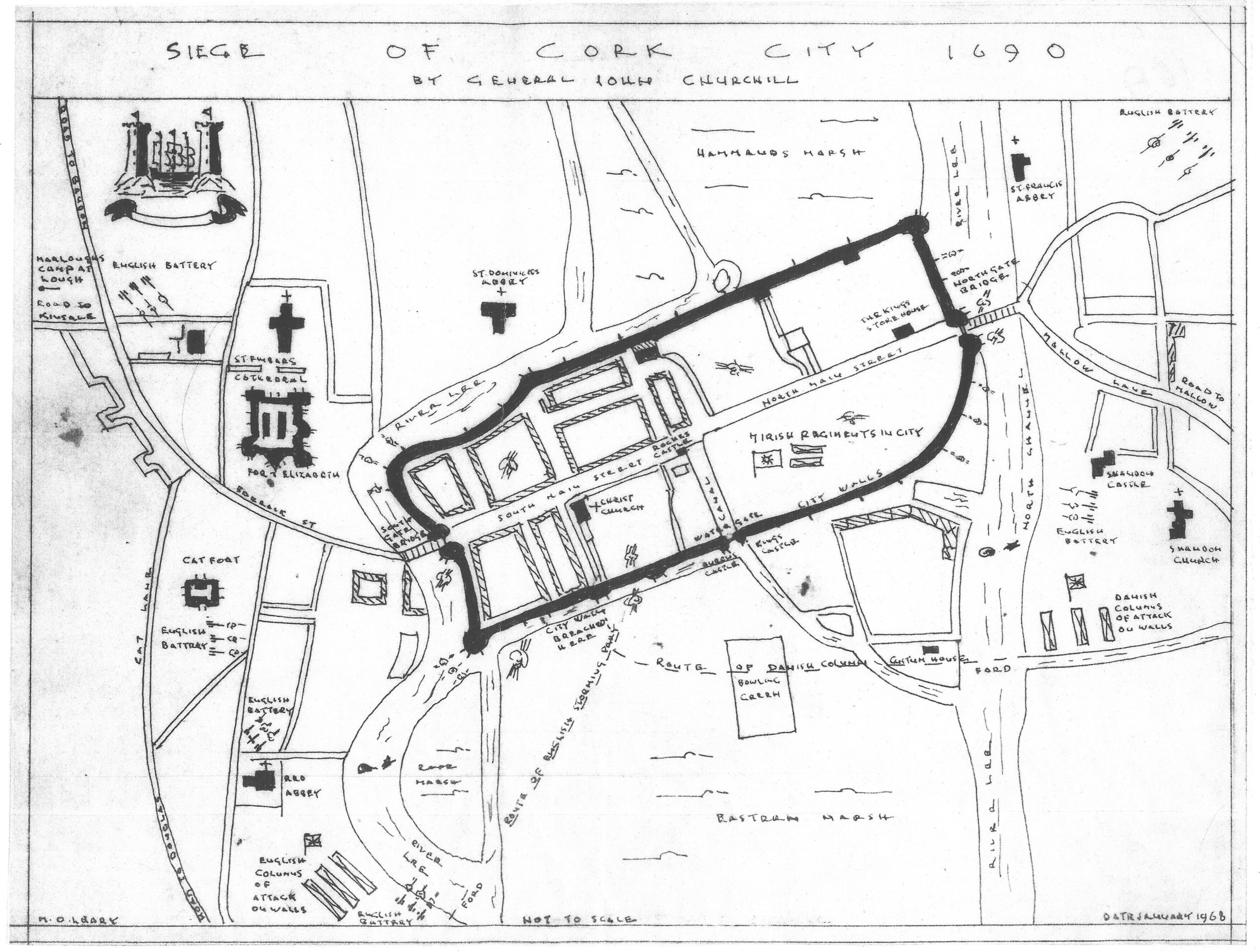 Cork architect, John Coltsman, designer of the old North and South Gate Bridges, was hired to oversee the construction of the new building and on 8 February 1718, the foundation stone for the new church was laid. As the civic church of the city, money for building the new church was raised by the Corporation by passing the Parliamentary Coal Act in 1719. This Act levied a tax of one shilling on every ton of coal and culm (coal dust) imported into the city for seven years.

The rebuilt church was rectangular in shape with a tower and steeple at the west end façade  The steeple, now no longer in existence, was planned to rise to 170ft, but when the builders had reached 136ft it began to sink in its foundations due to the of the marshy ground and was reduced immediately to 100ft. 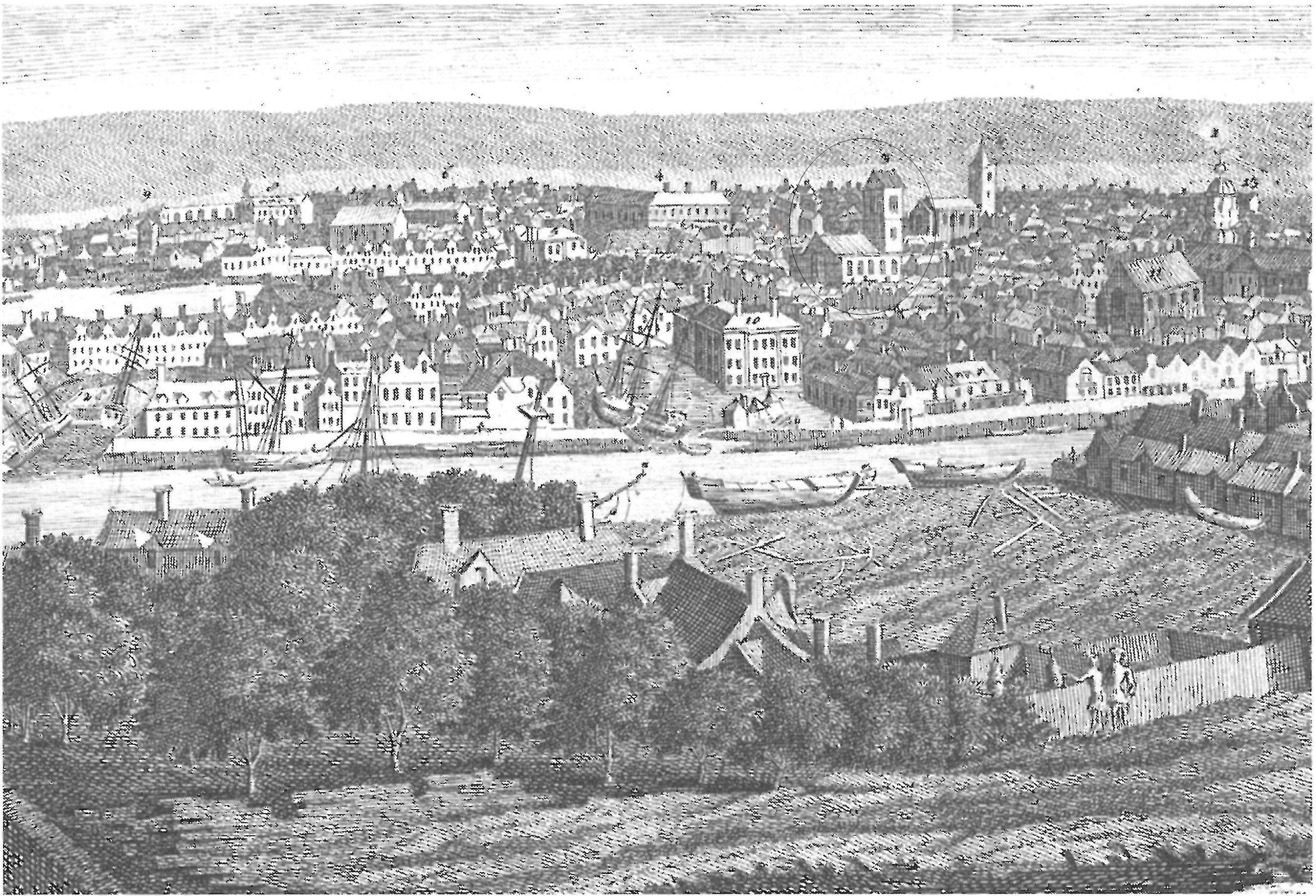 Reports state that in 1760 the steeple again gave way and was 32 inches out of the perpendicular. It endangered 3-4 houses and was a terror to everyone that passed along the street on Christchurch Lane. In 1810, another 40ft of the tower was removed at the cost of £135 and it remained a source of controversy in Cork until its eventual removal. These events gave rise to a saying “All-a-one-side like Christchurch”, a saying that was applied to anything not straight or to one whose character and dealings were questionable.