The Terry family was one of the principal merchant families in medieval Cork and the name dates as far back as the 13th century. They were originally of Anglo-Norman stock. The family’s prominence in the city is reflected by the fact that the Terrys held the position of mayor in the city 22 times between 1500 and 1646.

Like most of the Catholic merchants, the Terrys were expelled from Cork City in the mid-17th century, but some members of the family retained their property by converting to Protestantism.

John and Richard Terry are listed in the 1656 census as tituladoes, i.e. principal members of society. Richard’s family features prominently in the parish register of Christchurch between 1657 and 1667.

The Terry family vault can be seen from the viewing box and has the inscription ‘John Terry 1751’. John Terry was a linen draper and burgess of Cork city. His father, also named John, was Mayor of Cork in 1719. 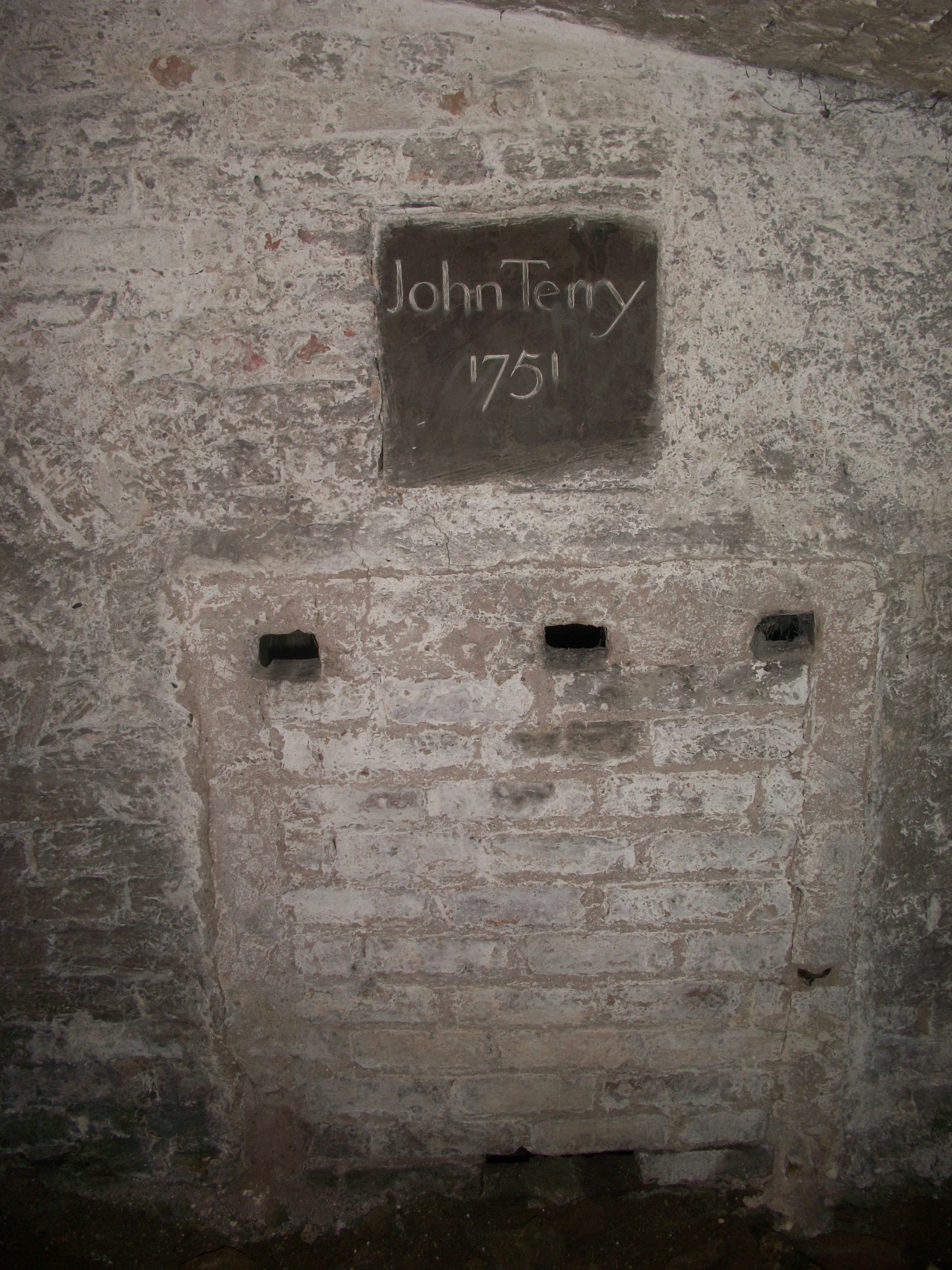