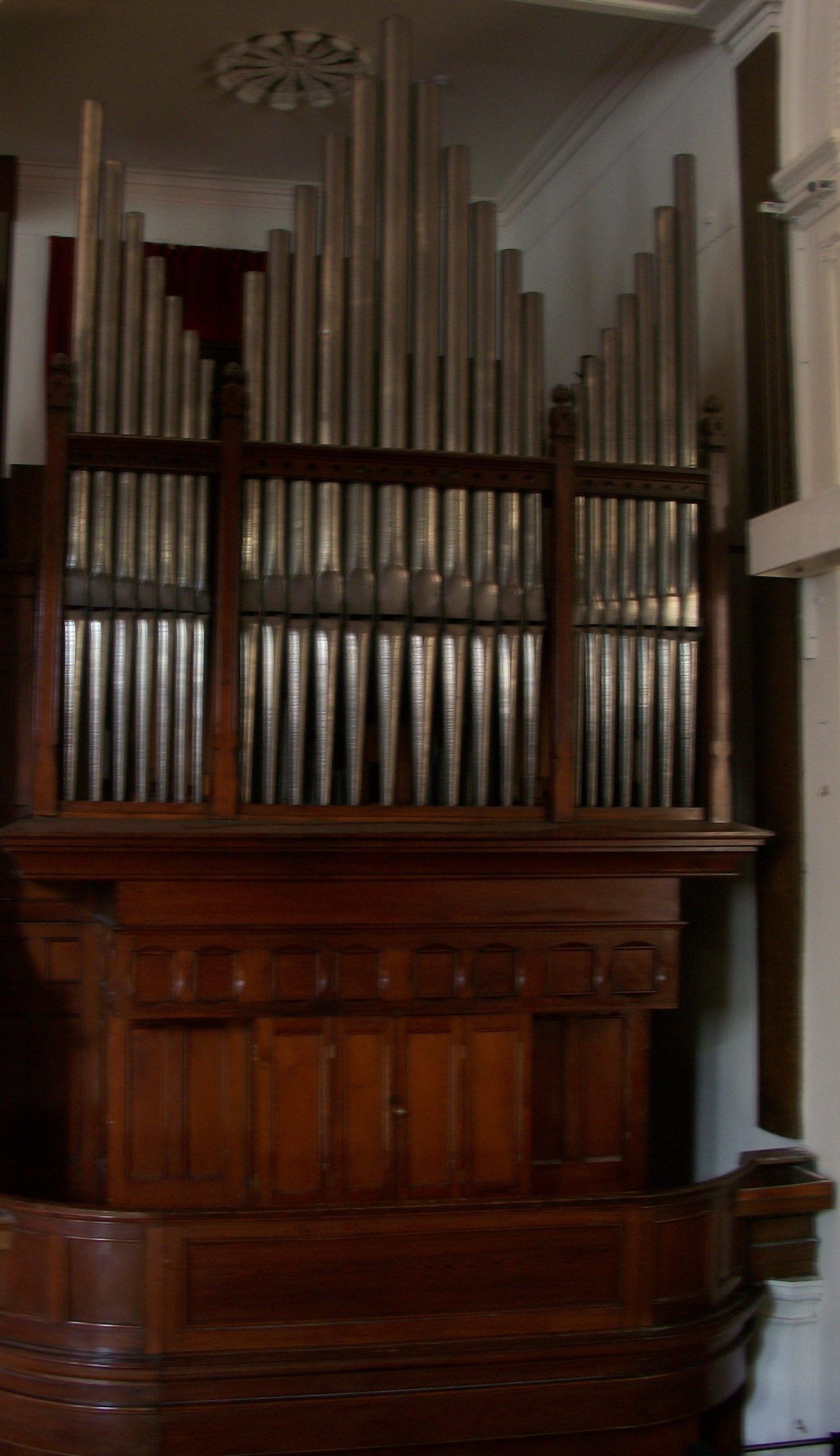 The organ was constructed and installed by Englishman T. C. Lewis in 1878 and is one of only two of its kind in Ireland. An earlier organ which was put in place in 1759 by Ferdinand Weber of Dublin was dismantled.

Lewis and Company was an important firm of organ builders founded in 1860 by Thomas Christopher Lewis (1833-1915). Although trained as an architect, Lewis became one of the leading organ builders of late 19th Century Britain and includes among his works the Apse Organ in Westminster Abbey (1910) and the Southwark Cathedral Organ in London (1897).

Under Lewis’s direction, the firm built instruments ranging from small chamber organs to major cathedral and concert organs. Lewis was strongly inspired by the organs built in Germany by Edmund Schulze and in France by Aristide Cavaillé-Coll. 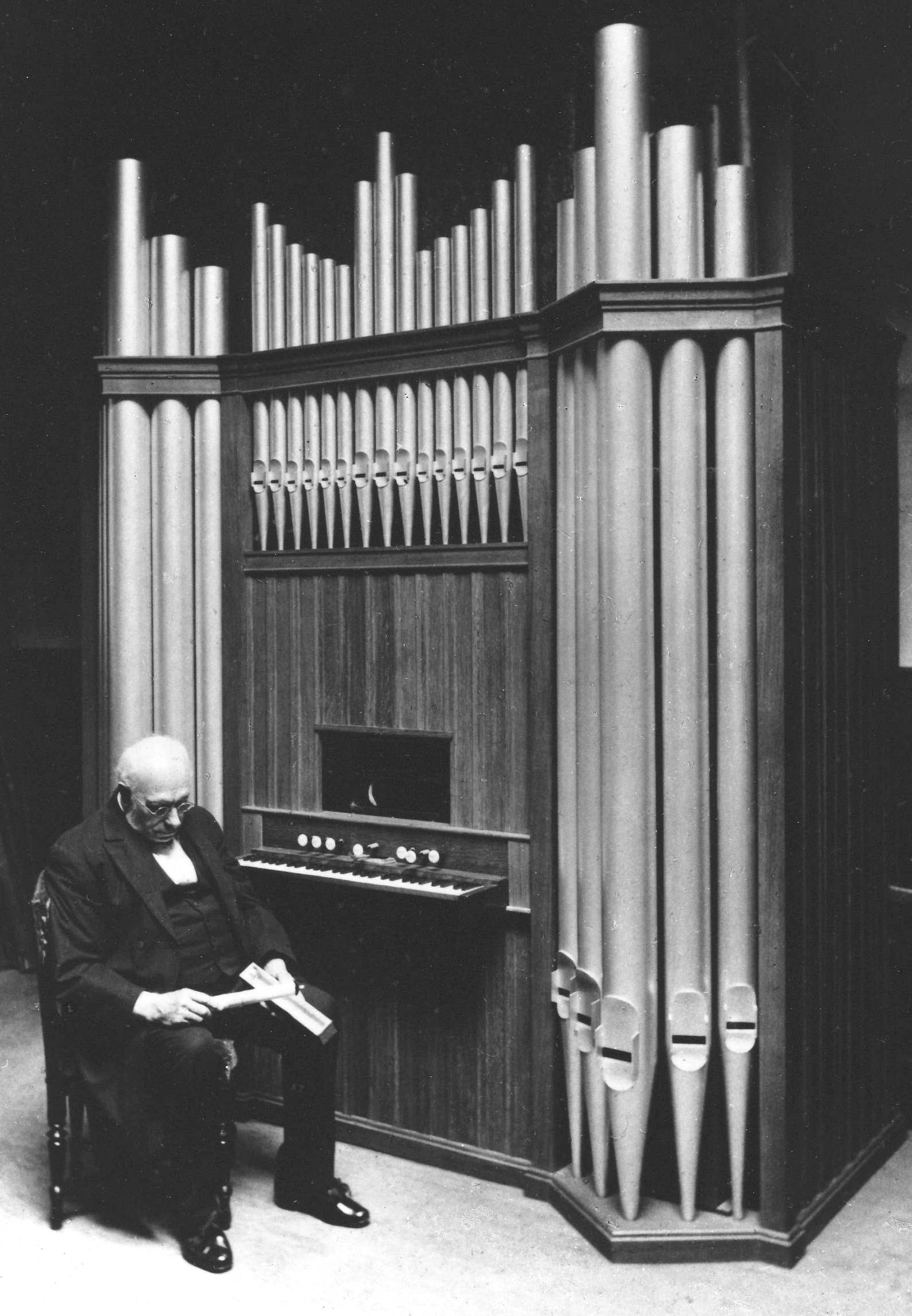 T.C. Lewis with an example of one of his organs

The wind in the Christchurch organ was raised by a ‘double-acting water engine’ driving square-drop feeders. Everything survived intact and in good working order until about 1960, when the water engine and the large double-rise reservoir were removed. An electric blower and makeshift bellows were then installed to replace the water engine.

During the recent renovations of Christchurch the organ was dismantled and removed for refurbishment and repair. The organ was restored by organ specialists Paul Neiland & Associates in Wexford and is now in perfect working order.