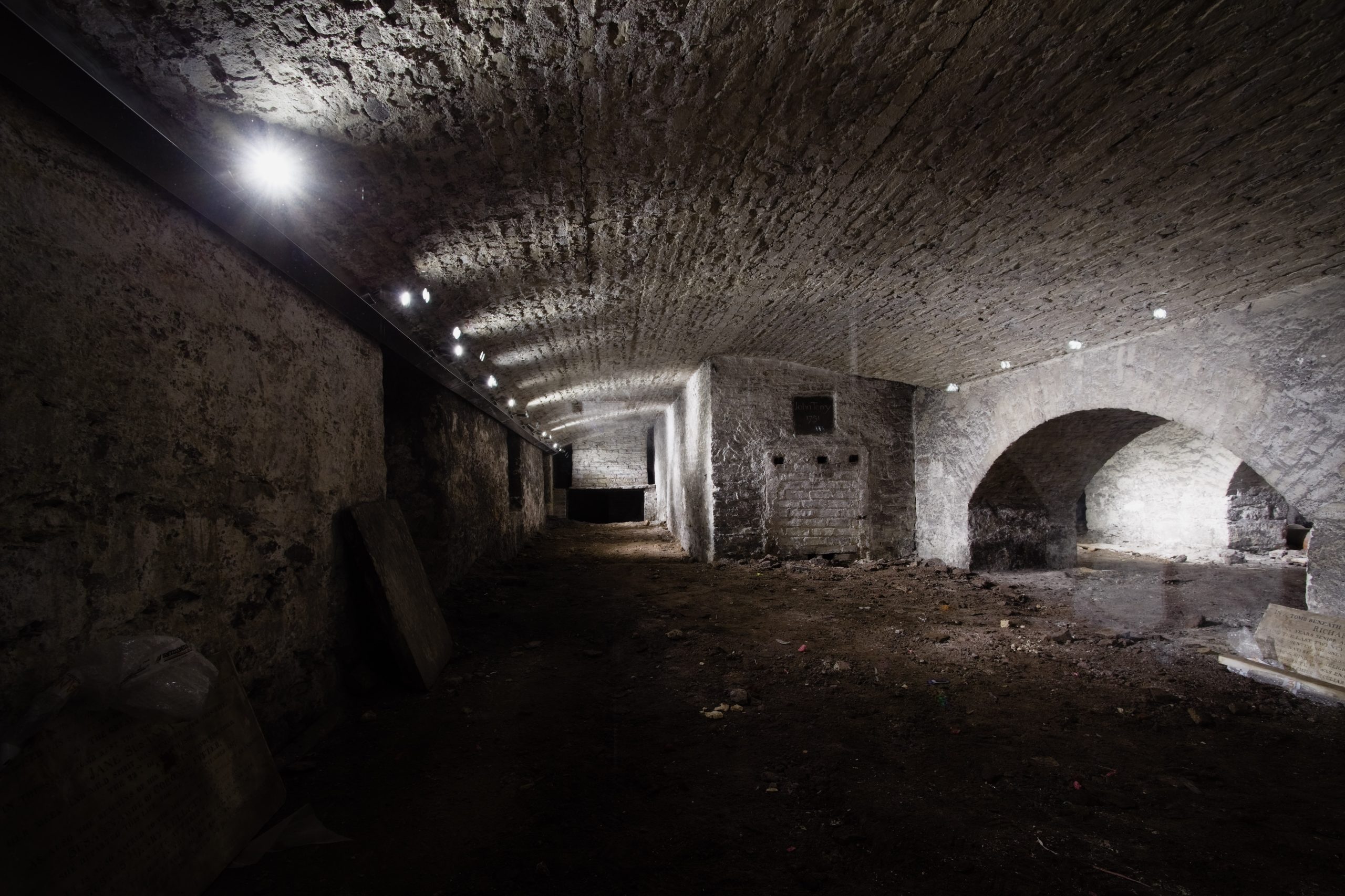 The crypt was built in 1718-20, after the demolition of the old Anglo-Norman church. The floor level of the crypt (as it stands now) may have been the floor level of this church. Many of the prominent families of Cork are buried in the crypt, including a number of former Mayors. 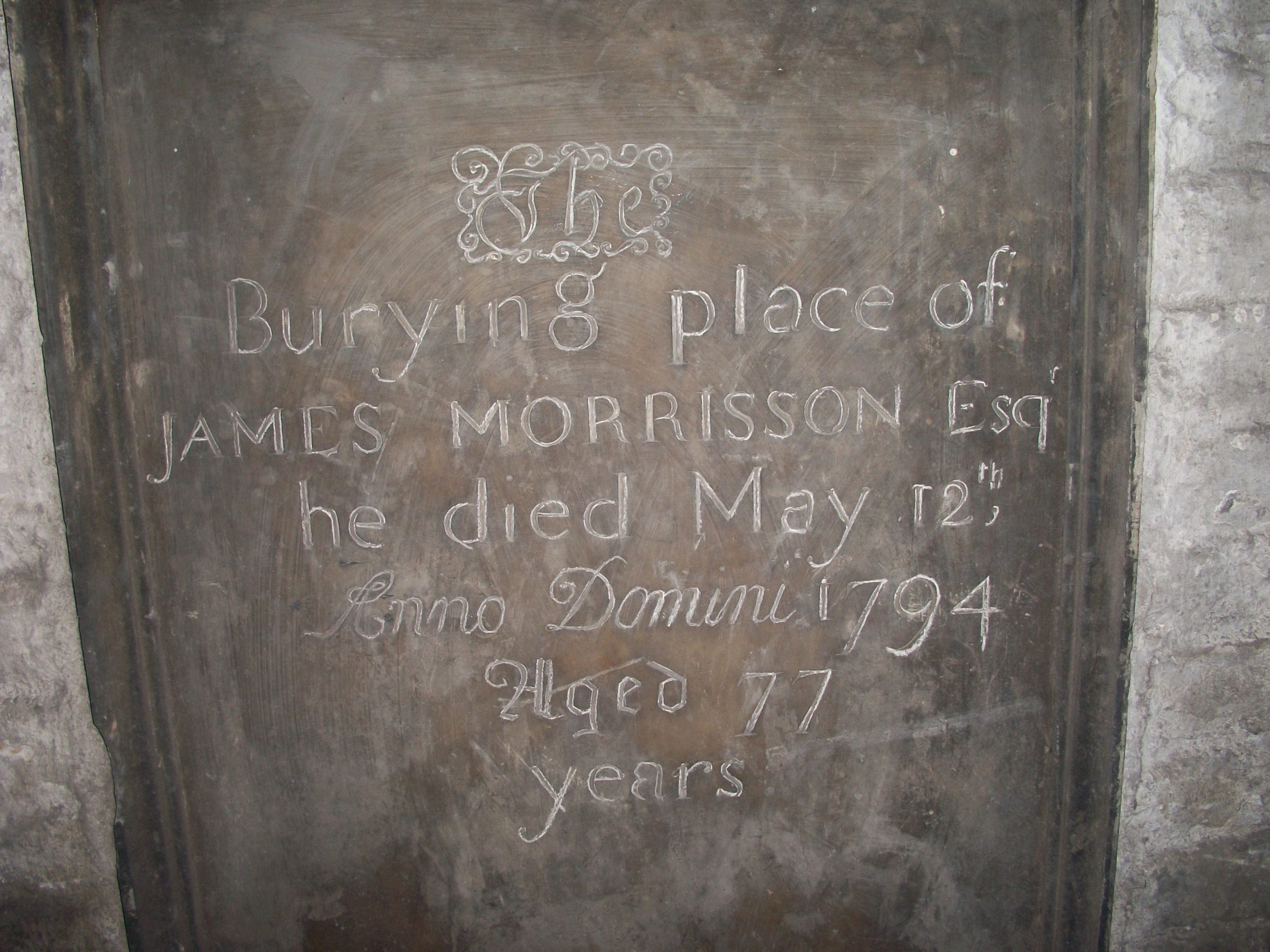 The crypt consists of one narrow and 3 wide aisles running on an east-west axis beneath the church. Much of the stone work in the piers is modern and the vaulting is largely brick. The lower coursing of some piers is out of line or uneven and may indicate that the foundations of an earlier crypt survive and perhaps the remains of an older medieval church. 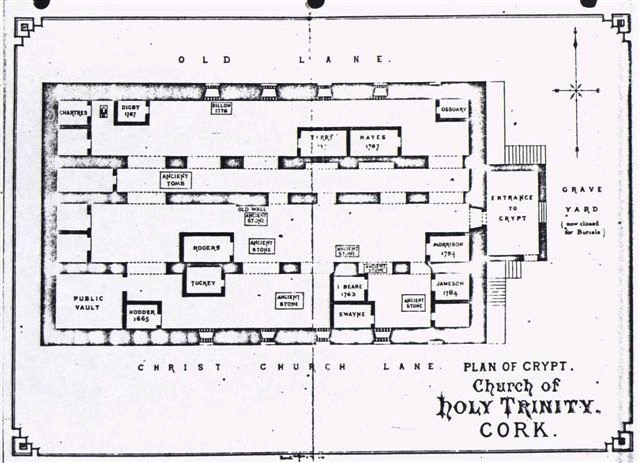 There has been some ground disturbance in the crypt in the recent past and it is clear that in addition to the burials in the vaults, many individuals were buried below ground in the crypt. The vaulting is at present less than 2m above floor level and is less than 1m under the arches. The low level of the vaulted ceiling in the crypt is attributed to a build up of ground associated with these burials.

Burials within the body of the church were common from the mid-11th century onwards. Those who could afford it were buried in special places within the church such as close to the chancel or within chantry chapels, as it was believed that proximity to the chancel ensured greater consideration in the after-life. During the 18th century the wealthy began to construct elaborate tombs and mausoleums based on classically derived architectural motifs such as angels. These tombs are generally associated with the Protestant ascendancy.

The use of crypts became a feature common beneath early 18th century churches like Christchurch. Burials with crypts were generally not interred but the wooden and metal coffins were stacked in locked chambers within vaults.

During the 2009 renovation of Christchurch part of the crypt wall of the church was taken away and a glass viewing box was put in place. Two graves were unearthed to allow construction and there are more burials beneath the viewing box floor. The crypt is accessed from a door in the apse to the rear of the church.