Like many other churches and civic buildings in the 17th century, the Royal Arms had a place in some part of the building. The Royal Arms in Christchurch are to be found over the corporation seat in the western gallery. These arms were probably put up in the late 1820’s or early 1830’s during the George Richard Pain renovations.

Description and explanation of the Arms 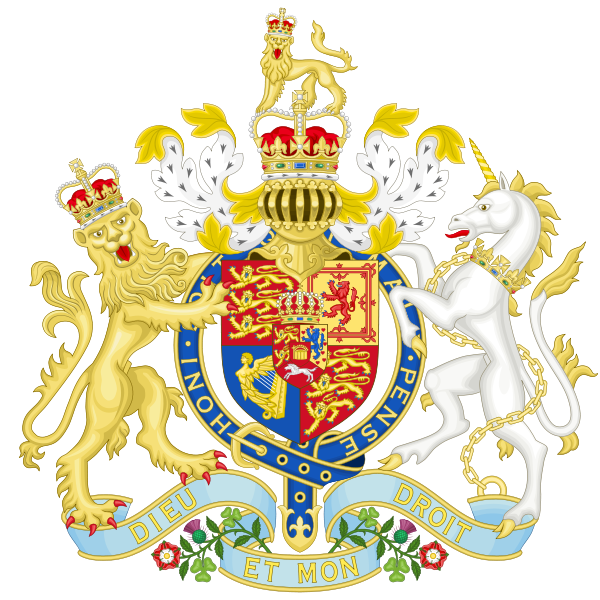 The supporters of the crest are a crowned English lion and a Scottish unicorn with a crown around his neck. According to legend a free unicorn was considered a very dangerous beast and therefore the heraldic unicorn is chained. A Scottish thistle and an English rose rest on the motto. The crest consists of a helmet, crown and lion.

The main element of the Arms is the shield which is divided into four quarters:

Superimposed in the crest are the arms of Hanover which show:

For the Royal coat of arms of the Kingdom of England to have a French rather than English motto was not unusual, given that Norman French was the primary language of the English Royal Court and ruling class following the rule of William the Conqueror of Normandy and later the Plantagenets.

Wales was recognised as a Principality by the creation of the Prince of Wales long before the incorporation of the quartering’s for Scotland and Ireland in the Royal Arms.