In 2009, a pre-renovation archaeological study of Christchurch uncovered 45 adults and 7 juvenile skeletons. The remains were unearthed near the foundations of the apse, under the present vestry and in the location of the viewing box in the crypt. 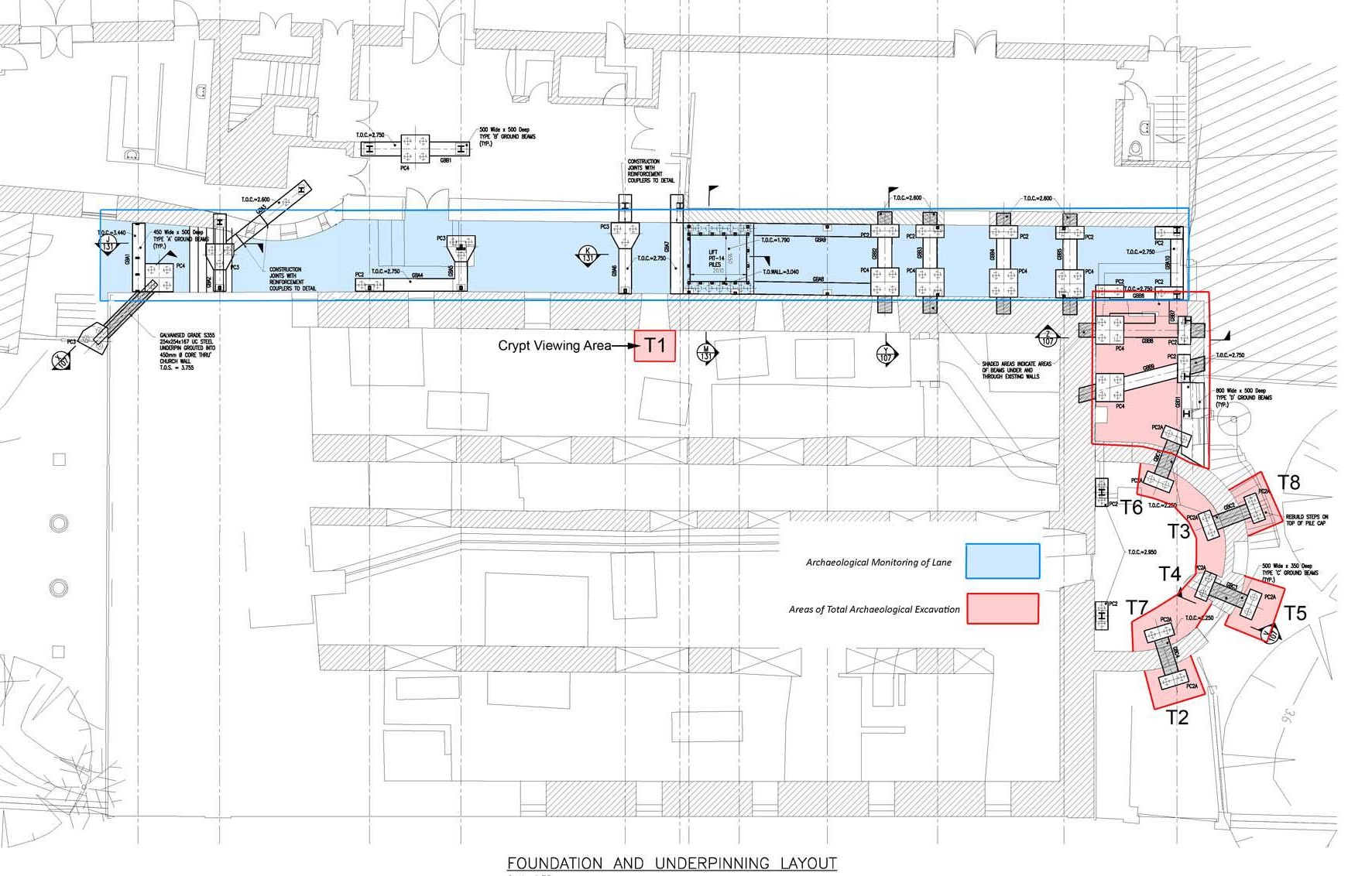 Plan of archaeological excavations in Christchurch

The burials dated from the 17th to the 18th centuries. There was a higher ratio of males to females, suggesting that there was a higher proportion of clergy, high status gentry and merchants buried here.

An extensive examination of the remains found that there were high rates of tooth decay and tooth loss and that nutritional deficiencies such as anemia, rickets and infantile scurvy were widespread. 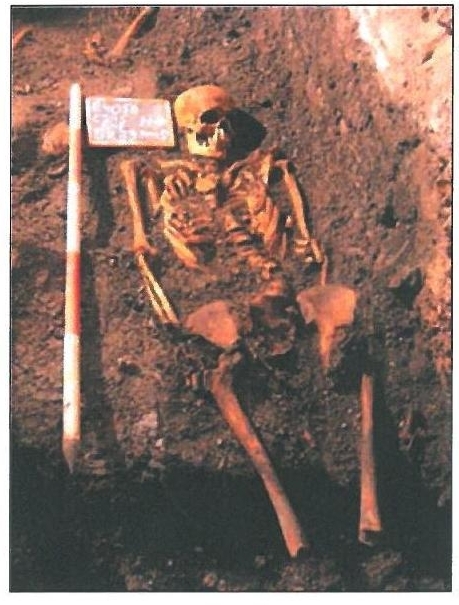 A disarticulated skull that was examined showed evidence of trauma and violent death and one individual had extensive fractures to the upper body that may have been caused by a serious accident.

Another skull was found with a circular hole above the forehead and was likely due to a poleax injury. A sheep’s skull that had been poleaxed was found in the apse. The use of the poleax as a weapon is therefore known from this site and remains a viable cause for the perforation of the skull.

One skeleton that was examined had 7 fractured ribs. The archaeological report states that it is highly likely that this man received a massive blow to the chest from the kick of a horse.

Some artefacts uncovered during the excavation include pottery from Bristol dating from the late 12th – mid 13th century, a type found on every 13th century urban and rural Anglo-Norman site in Ireland. Pottery was also found that had been made in Saintoge region of south-west France, imported into Ireland as a by-product of the extensive wine trade in the 16th century. Stoneware from Cologne was found dating from the 16th / 17th century and a 17th century olive jar made in Seville was also uncovered. 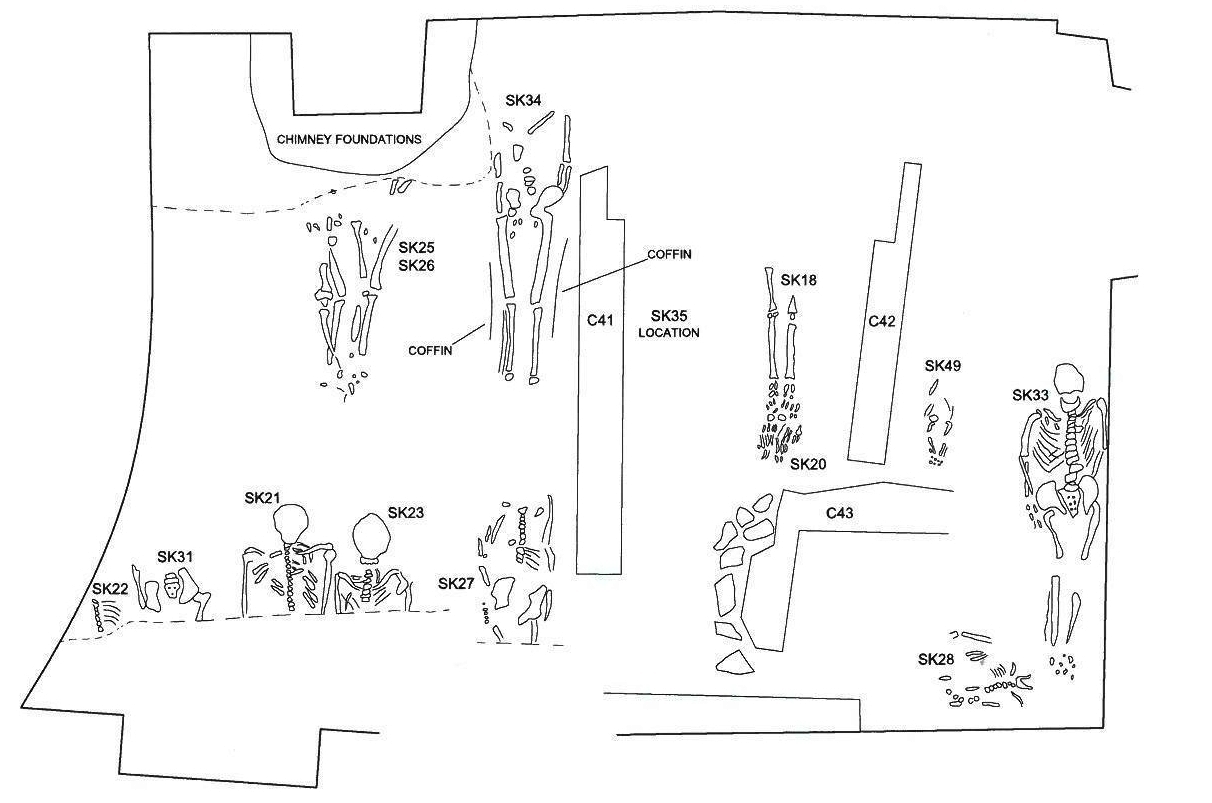 A large number of clay pipes were also excavated. Tobacco was introduced into Ireland in the late 16th century and its use was extensive. Examination of teeth from excavated skeletons revealed evidence of tobacco use and clay pipe smoking. Some teeth even had notches from constant use of clay pipes. 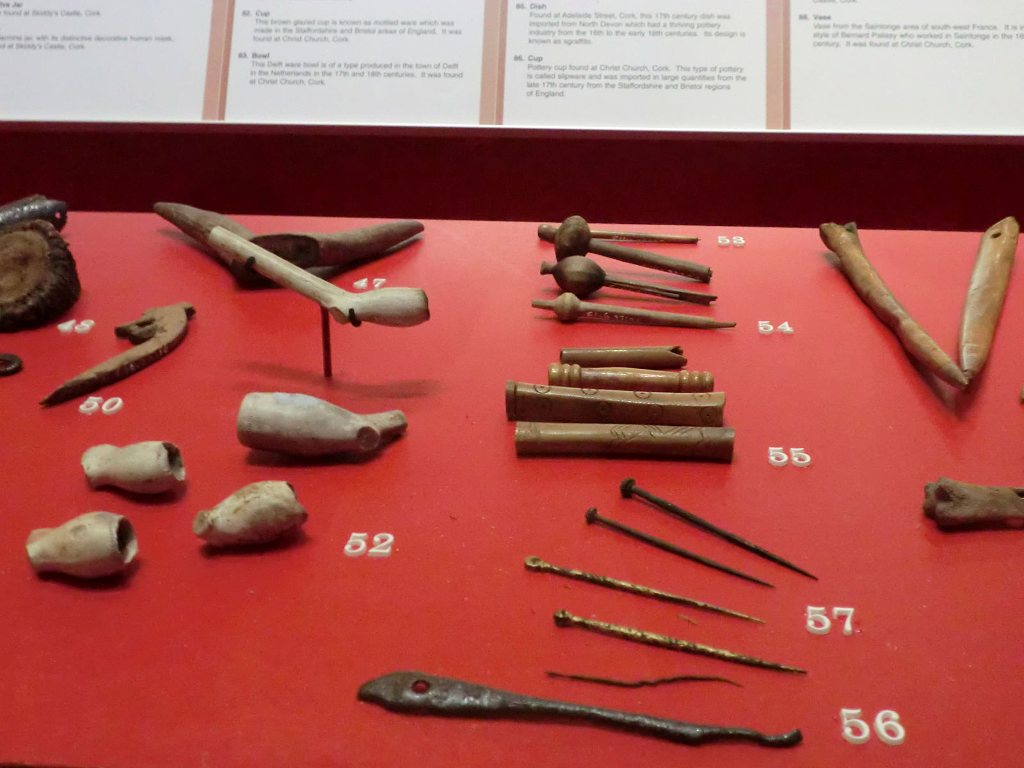 Some of the items excavated from Christchurch in 2009