The advent of World War 1 (1914-1918) proved to be a tumultuous period for all of Europe. Ireland was no exception. It is estimated that 35,000 Irishmen died in the Great War. 4000 of these were from Cork. In the aftermath of the war many churches erected monuments to commemorate the casualties from their parishes. This is especially notable in Christchurch. 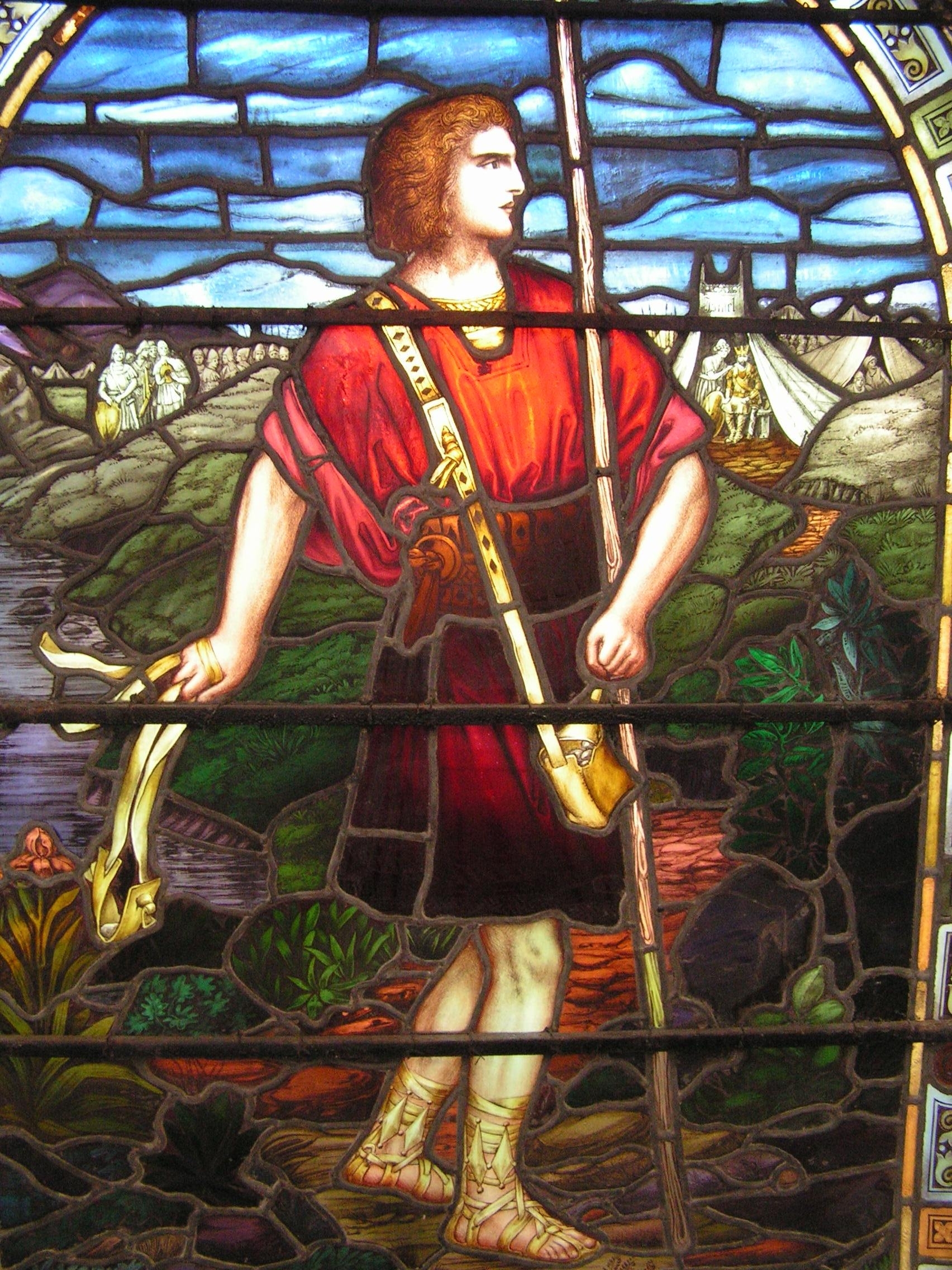 This window on the south-east stairwell depicts David (of David and Goliath) with a sling shot.  Prior to the de-consecration of the church in 1978, this area was the Baptistery. The design of the window is that of ‘David going forth to meet Goliath,’ and the inscription at the base is ‘To the glory of God and in grateful memory of the men connected with the parish of Holy Trinity, Cork, who gave their lives in the Great War.’

The window is a Great War memorial erected by members of Christchurch parish and dedicated by the Bishop of the day in 1919. There are 34 names inscribed on marble panels in the alcove.  18 of these names were members of the 1st Cork Company Boys Brigade and the other 16 would have attended services at Christchurch sometime before the war.

Both window and panels were the work of local craftsmen, the window created by James Watson and Company of Youghal, and the marble panels by James O’Connell of McCurtain Street, Cork

“There was a very large congregation present, noticeable amongst them being many young fellows still wearing the King’s khaki, as well as those who have been demobilised, anxious to see dedicated the memorial erected to their late comrades-in-arms who made the great sacrifice in the world war. Occupying seats in the front centre of the church were the Cork Company Boys’ Brigade, and immediately behind them were seated past members, most of them wearing war ribbons”

In November 2012 Triskel published a new book containing detailed information on each of the names listed on this memorial window. Written by local historians Gerry White and Jean Prendergast, this book brought the story of these men to life. Along with details on their lives before and during the Great War, information is also included on where these men were buried and commemorated.