Attwell Hayes was a notable parishioner of Christchurch. He was a wealthy brewer, miller and glass works owner in Cork in the late eighteenth century. In 1782, with Richard Rowe and Thomas Burnett, he established the Cork Glasshouse Company on Hanover Street in Cork. The firm continued in business until 1818. He also owned the Lee Mills, a large water-powered flour mill on the north channel of the Lee. 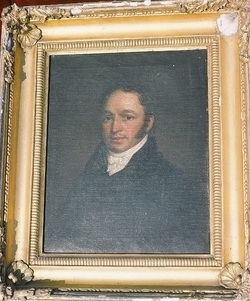 Hayes was well-known in eighteenth century Cork as an eccentric. He once attended a masquerade ball in a small chariot drawn by a goat. The goat was one of Hayes’ pets and it lived to such an age that it gave rise to the Cork saying “as old as Atty Hayes’ goat”. The saying was still common in Cork as late as the 1950s and 1960s.

Attiwell was father to the infamous Sir Henry Browne Hayes. He died in 1799 and is believed to have been buried in the graveyard of St Peter’s on North Main Street (now Cork Vision Centre).

Vernon Mount
Attiwell Hayes built Vernon Mount, an elegant Georgian mansion near Douglas in Cork in the late 18th century and is now considered one of Cork’s most important heritage buildings. It is arguably the finest example surviving in Ireland of a Georgian classical villa, standing in its own ‘pocket demesne’ on the outskirts of a major city. While the architect of Vernon Mount is unknown, it is distinguished for the curvilinear elegance and subtlety of its façade design and for the sophistication of its planning and decorative interiors. 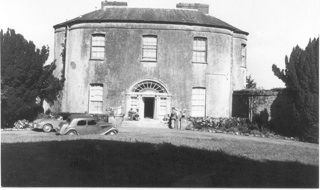 The significance of Vernon Mount is enhanced by the presence of exceptionally fine neo-Classical paintings of classical mythological subjects by Nathaniel Grogan, an accomplished late 18th-century Cork artist and contemporary of the internationally-famous Cork artist James Barry. Grogan’s paintings are in oil on canvas and are mounted on the ceiling of the ground floor drawing room and as trompe l’oeil paintings on doors and niches in the first-floor oval vestibule. 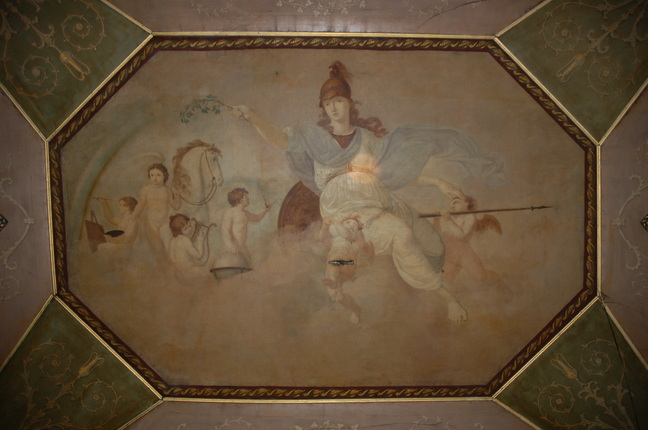 The house, now in terminal decline, was selected by the New York based World Monuments Fund in 2008 as one of the 100 Most Endangered Sites in the world.