The graveyard contains 16th and 17th century cross slabs, headstones and tombstones, some of which are in situ although the majority are set against the north wall of the graveyard at the rear of the church. 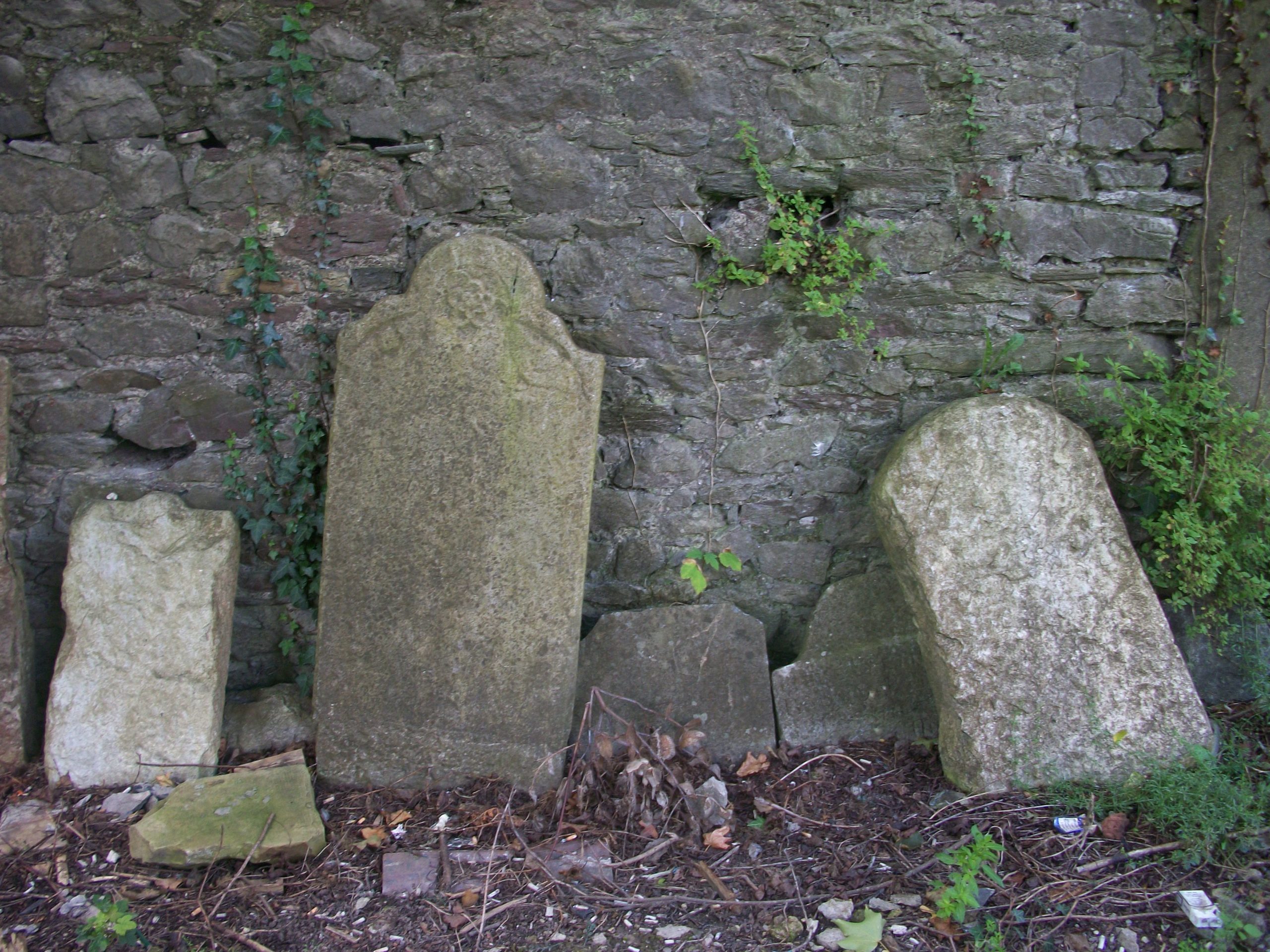 Many members of Cork’s eminent families of the time, such as the Fagans, Skiddys, Roches and Ronan’s are buried in the graveyard. The will of one Nicholas Fagan, written on the 26 March, 1578, says:

“In the name of God, Amen. I, Nicholas Fagan of Corke, merchant, do make my last will, my body to be buried in Christchurch.”

At the north wall of the churchyard (near the old vestry) is a table tomb of Maurice Roche dating from 1730. Directly above the table tomb is a fragment of a gravestone dedicated to James Roche, Mayor of Cork in 1539 and 1552. It has some very fine carving which can be seen here in the drawing. One of the carvings bears the Roche coat of arms. 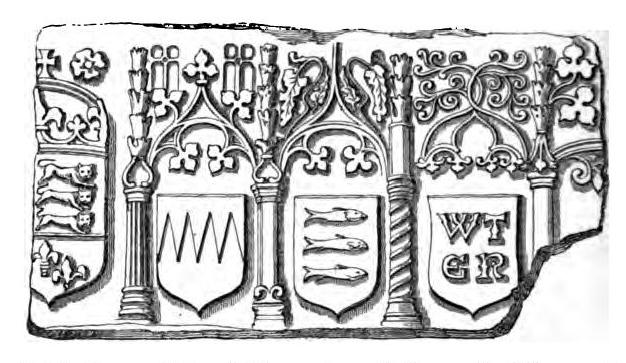 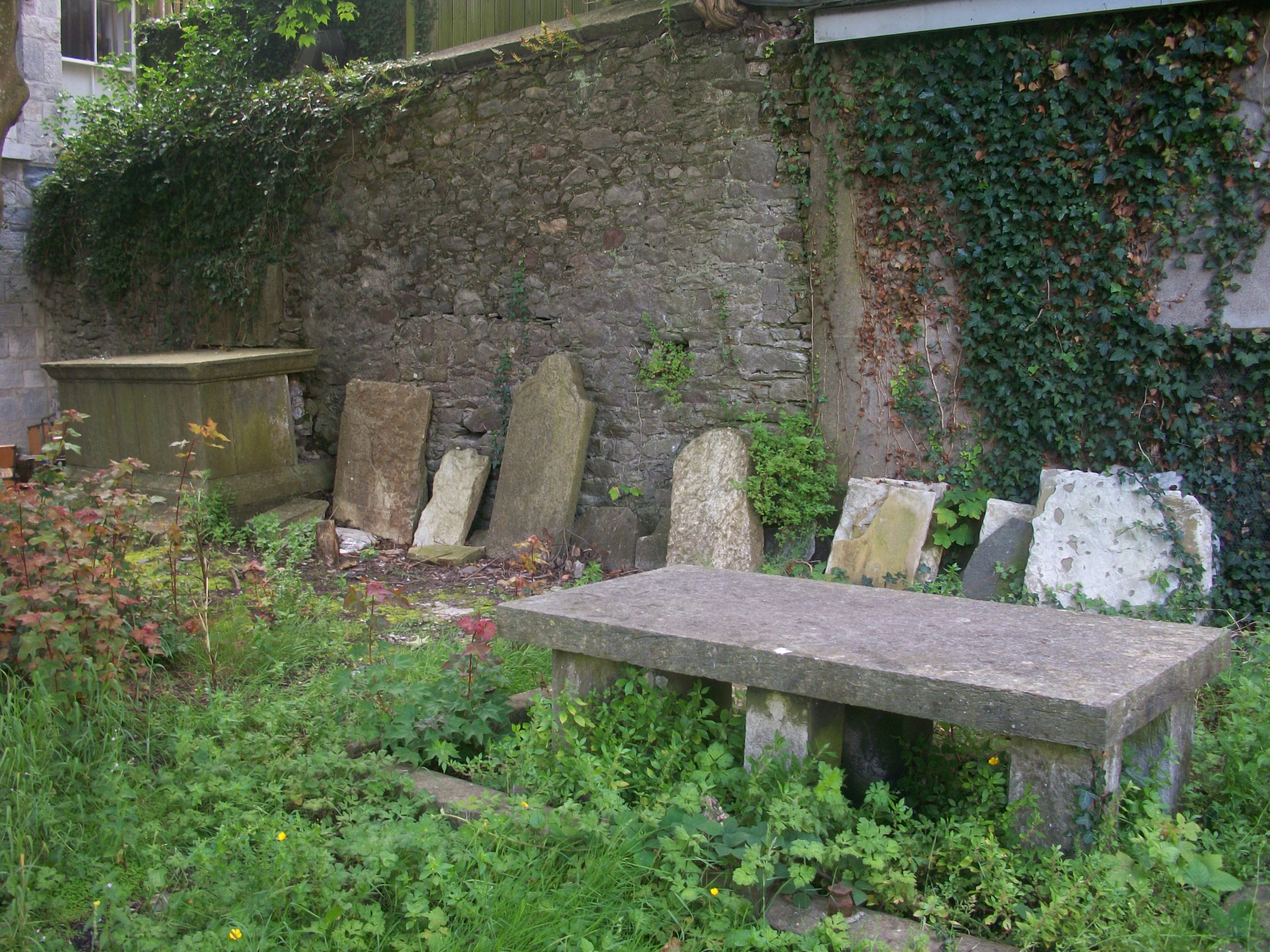 Before the year 1830 the vaults of the church were filled with water at the rise of every tide and the churchyard and adjacent ground itself was a marsh within a few inches of the surface. After 1870 burials were restricted to family graves in Christchurch, if space allowed. The last burials in the graveyard took place in the 1920’s. After this date burials took place in cemeteries in the suburbs. A very interesting ‘semi-subterranean crypt’ can be seen at the apse end of the graveyard although no information has yet been found on who is interred there. 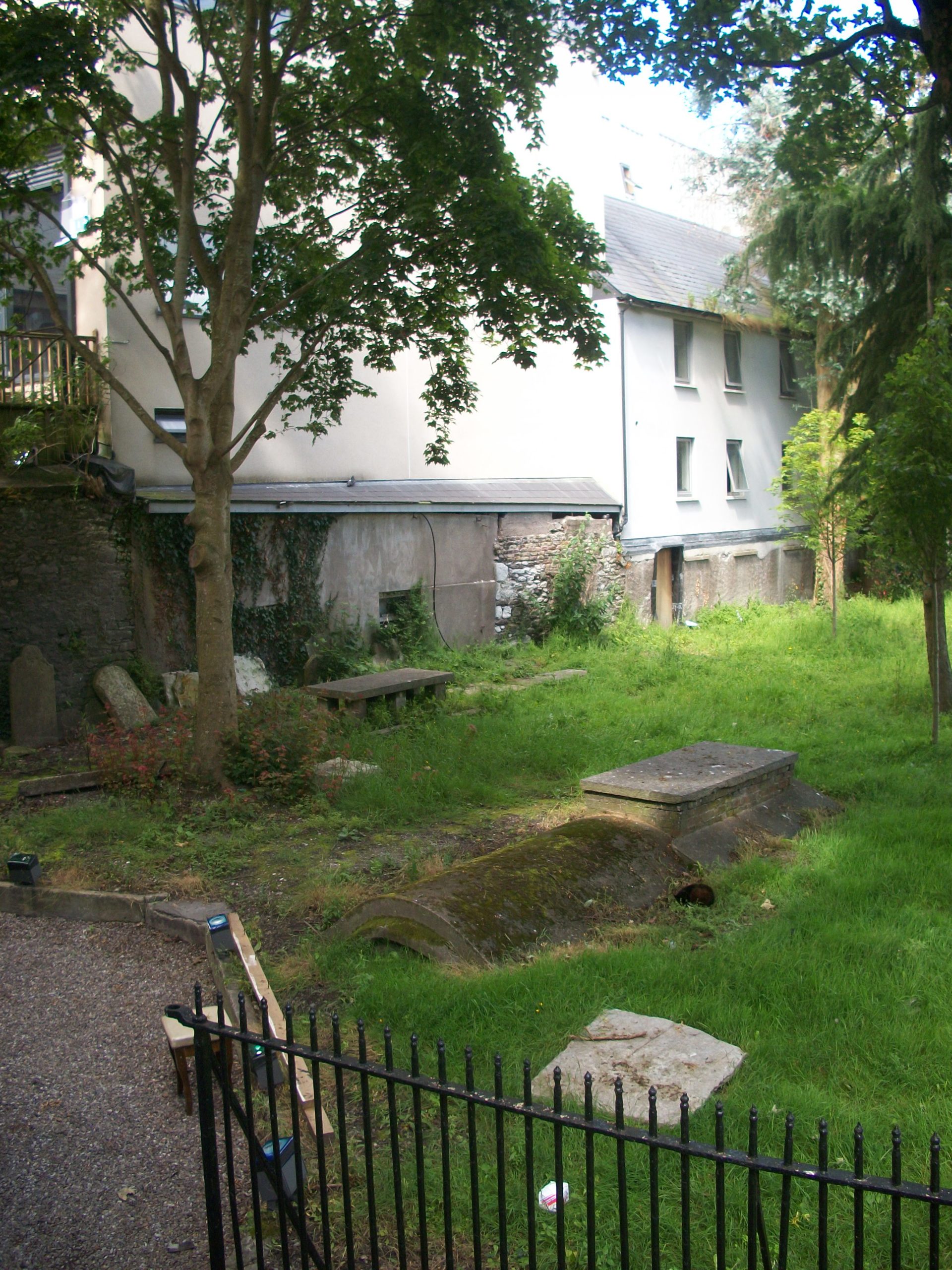 At the east end of the church, where Hopewell tower was situated, a breach was blown in the city wall during the Siege of Cork in 1690. Tradition has it that gravestones from the churchyard were torn up and used to fill the gaps. Its walls, which had stood for centuries were exposed as defenceless against the new weapons of war. A section of the city wall dating from the 13th century is visible in present-day Bishop Lucey Park.