This is part of a recumbent effigy, with the head broken off, on a slab 4ft 2in high by 2ft broad. Some legends have it that the head was destroyed during the artillery bombardment of Cork during the Siege of 1690. Many years ago it became known as the ‘Headless Man’ and was the basis of a gruesome story used by local boys for frightening strangers.

The effigy is carved on high relief on a wedge-shaped slab of yellow limestone quarried from Dundry in Somerset, England. Although lacking its head and feet the piece is otherwise in very good condition. The figure wears a long round-necked unwaisted supertunic which is tight across the chest and falls in soft folds at the side of the body.

The slightly flared sleeves end at the elbows and there is a tight sleeved tunic underneath. The right hand rests on the upper part of the right hip and the left hand wears a long-cuffed glove and holds the second glove against the left hip. There are traces of plaster under the arms, between the fingers and along the left side of the body. The effigy is missing the head and the footrests, two important indicators of date, but the costume and attitude of the figure help to identify and date it. 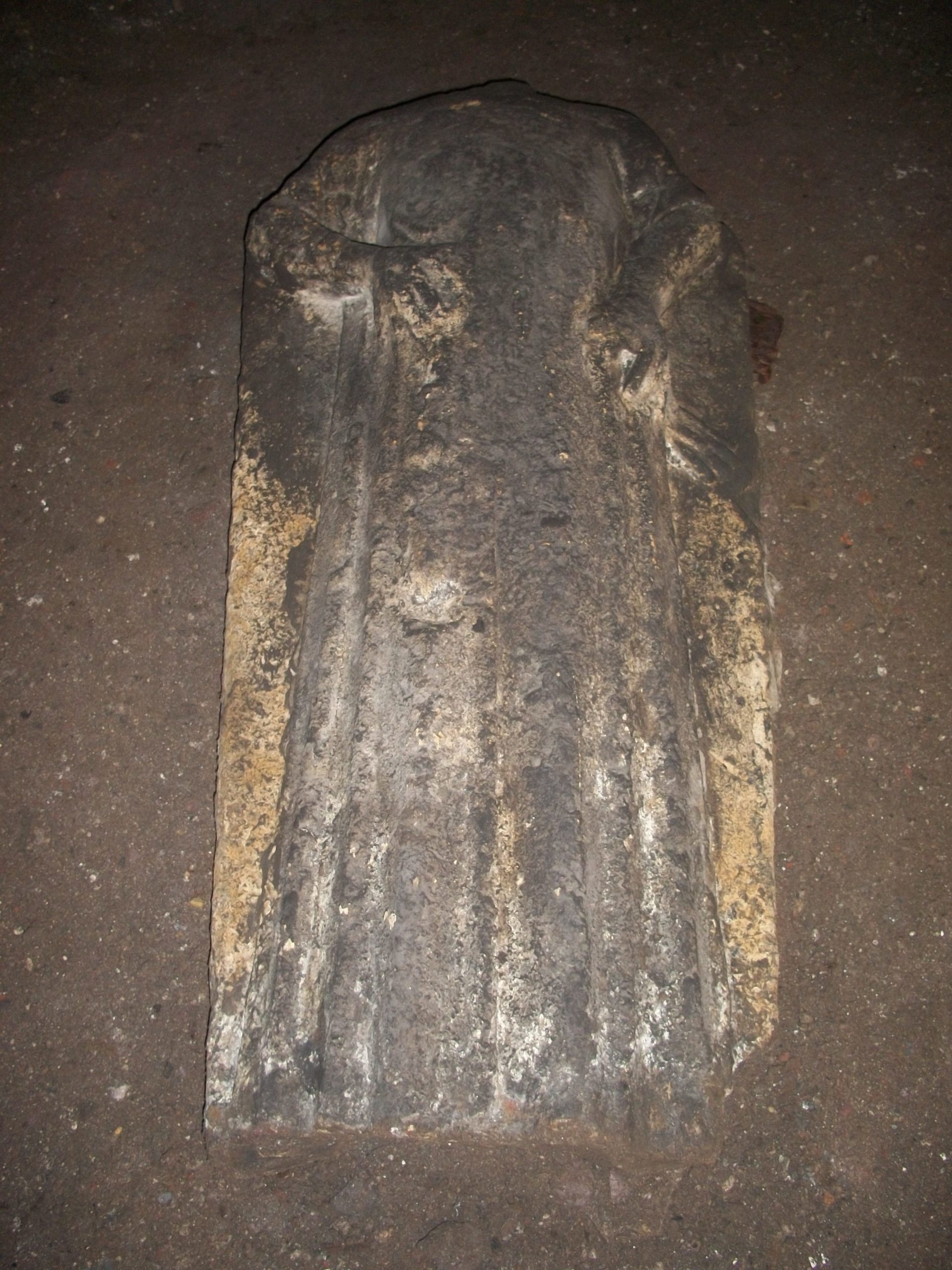 The style of the supertunic would suggest that the effigy is of a male figure. In addition, gloves would appear to be solely a male attribute. While they are not an item of costume on 13th century effigies in England they are carried by 5 other male figures in Ireland. The closest parallel for the Christchurch effigy is the late 13th century layman at New Ross, County Wexford.

The stone is imported from the west of England but the piece is not a direct copy of any English effigy. The style of carving, however, is so close to that of the West Country that the figure was undoubtedly carved by someone familiar with the effigies of that area while the glove –carrying attitude provides an Irish dimension to the piece.

Traces of plaster on the effigy would suggest that the figure was originally painted. It is impossible to suggest who this effigy might have represented but there is no doubt that it is an important citizen of Cork c. 1280-90, and probably a wealthy patron of Christchurch.

With assistance from the City Archaeologist in April 2012 the effigy was removed from a recess in the crypt and can now be viewed from the crypt viewing box. 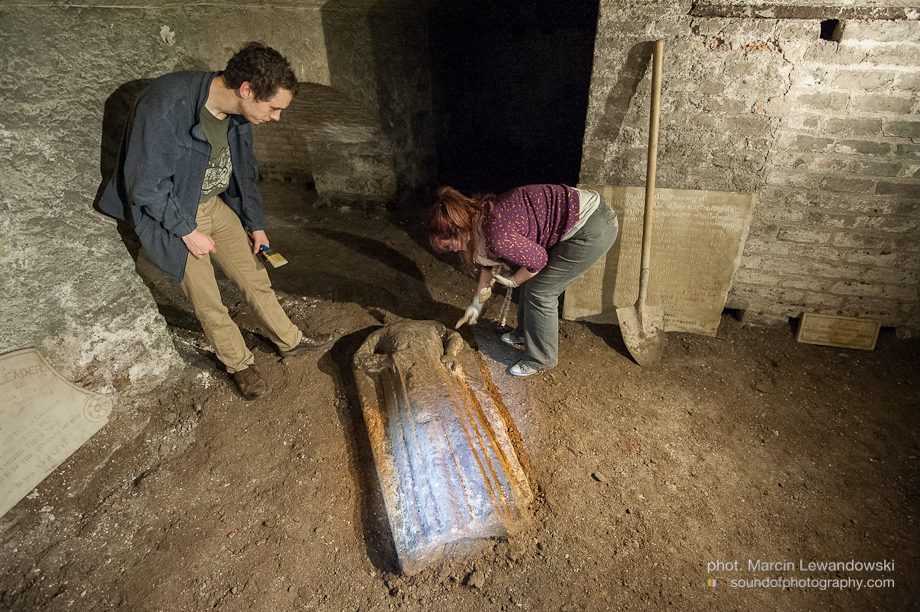