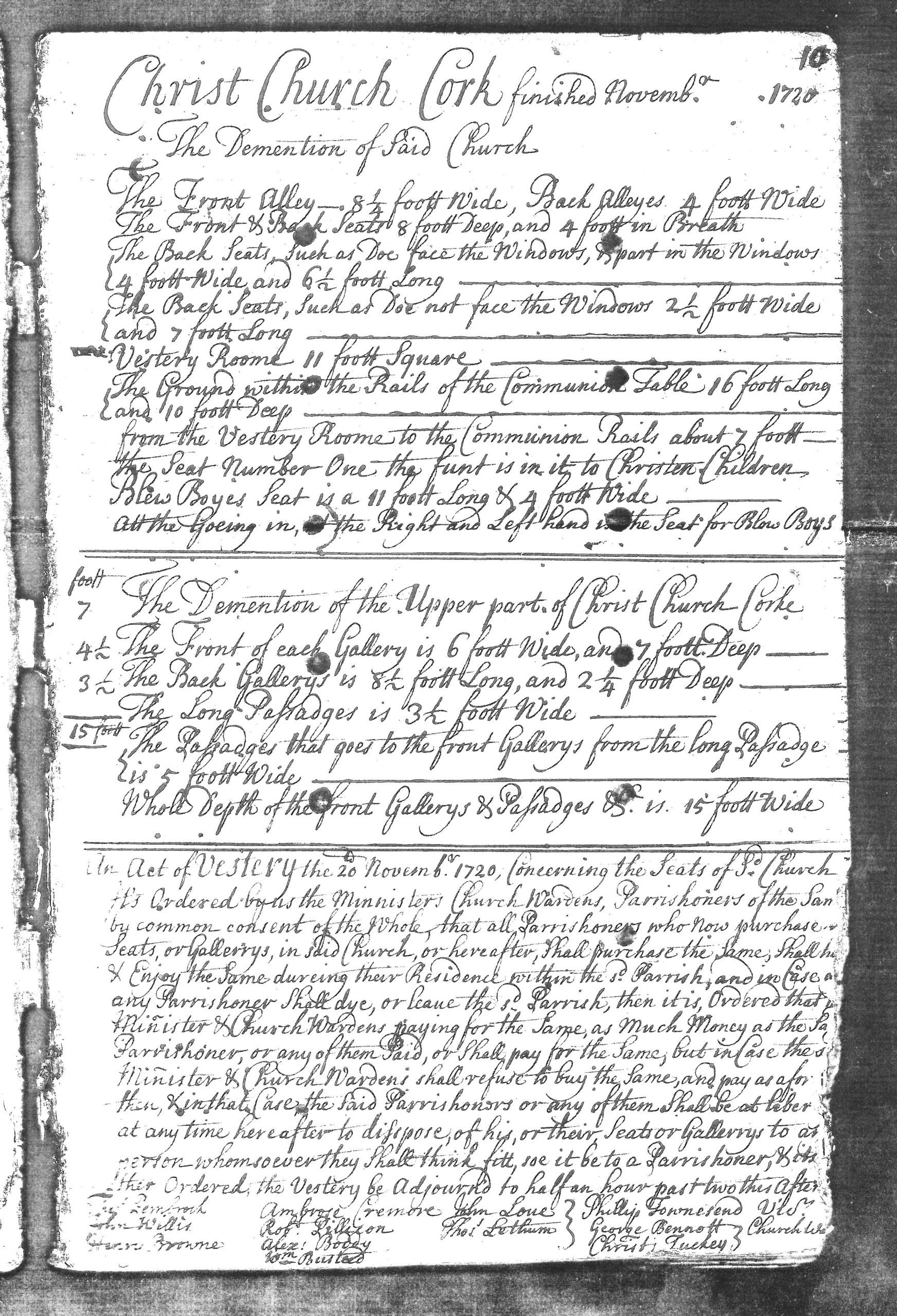 This document, the ‘Mayoral Book of Thomas Pembroke 1733 – Mayor of Cork,’ shows a pictorial representation of the layout of Christchurch dated 1720. It is not entirely clear if this picture represents the church before or after the John Coltsman rebuild.

In the Pembroke drawings the ground floor of the church consists of 2 long rows of numbered, boxed pews divided by a central aisle passageway. 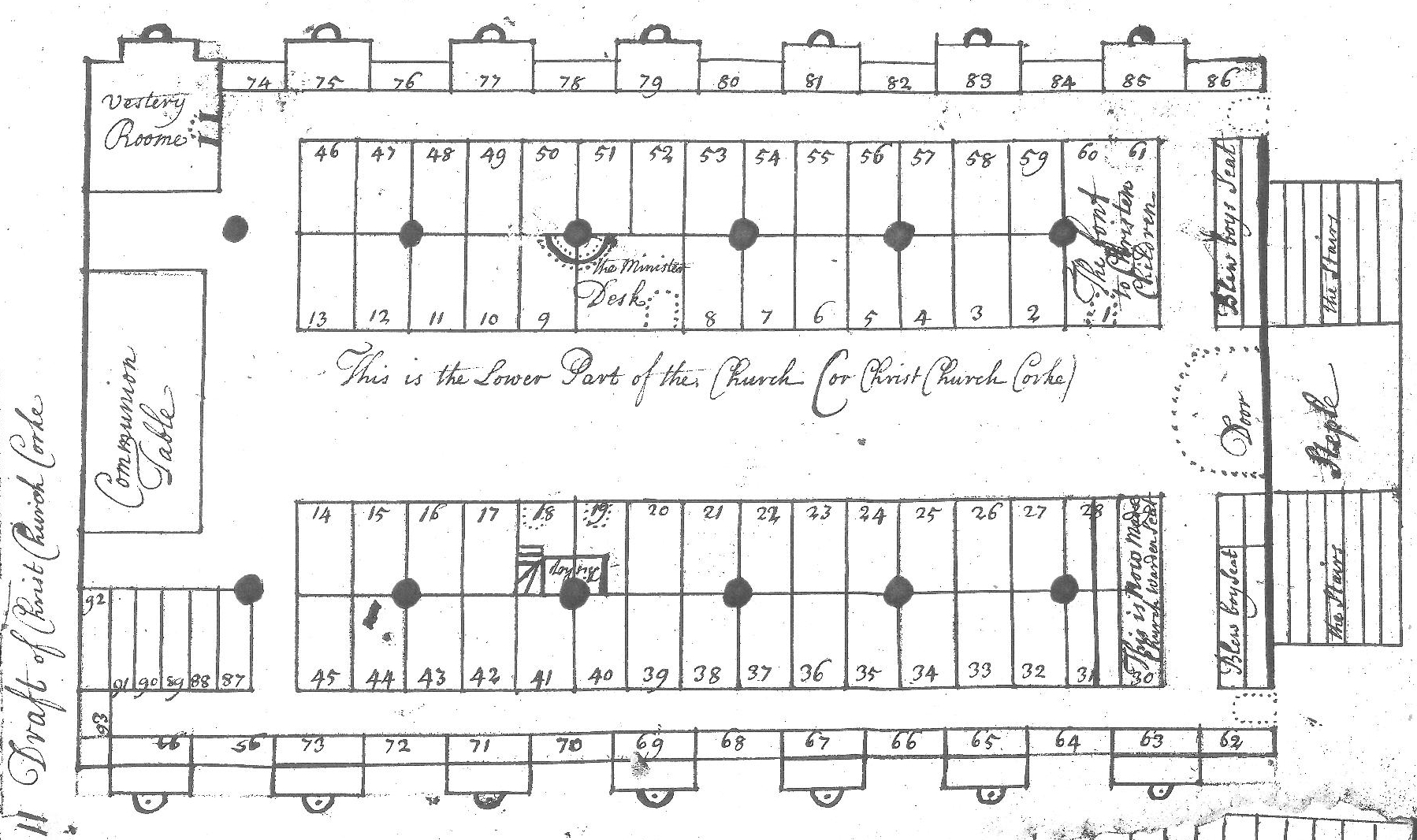 In 1720 there were 2 boxed pews per row and the extra pews extended beneath the northern and southern galleries. There was obviously double the amount of seating as there exists on the ground floor of the present church. There was also seating lining the north and south walls of the church, near the windows. There was an aisle dividing these seats from the central boxed pews.

The ‘Communion Table’, which predates the building of the present apse, was positioned by the east wall and was surrounded by rails. The Vestry room was on the south east corner of the building, an area which now holds the fire escape and the stairs to the south gallery.

The baptism font was positioned in an enclosed space at the very back of the southern aisle seats, under the gallery. Directly opposite the font was seating for the Church Warden, the lay official involved in the day to day maintenance of the church building and administrator of the church books and inventory.

The ‘Bishop’s Throne’ was positioned about two-thirds of the way up the central aisle, on the northern side. There seems to be evidence of steps leading up to the throne. The Minister’s seat and ‘desk’ was opposite this on the southern aisle and there is evidence that this is where the pulpit was.

It was extremely common in all churches of this period for the congregation to pay rent on their pews. Pews on the ground floor were significantly cheaper to purchase than those in the gallery. Prices ranged from £5 for box seats in the middle of central aisle. Boxed pews off the middle aisle under the gallery were at least half that price.

The cheapest seats were those lining the southern and northern walls near the windows. Prices ranged from £1 to seats in the middle of the row to 5 shillings 5 pence for seats in the corner at the back of the church.

At the very back of the church behind the Church Warden were seats for the ‘Blue Boys’. In the 1700s, Protestant orphans and children from poor families could be sent to a boarding school to live until the age of 14. St Stephen’s hospital (near Barrack Street) was one such school which served this purpose. Founded by Dr Edward Worth in 1700, it was called the ‘Blue Coat School’ because the boys had to wear blue uniforms and caps. Blue was the cheapest available dye and showed humility amongst all children. Children were brought in as young as 4 years old. When they reached 14, they were given trade apprenticeships or sent to work on ships at sea.

In the Pembroke diagram of 1720 the mayor’s seat is centred on the western gallery directly overlooking the main aisle of the church. To the left and right of this box are the Aldermen’s seats. Directly behind the Mayoral box is the City Sherriff’s seat. (The Sherriff was a designated official responsible for keeping the peace.) 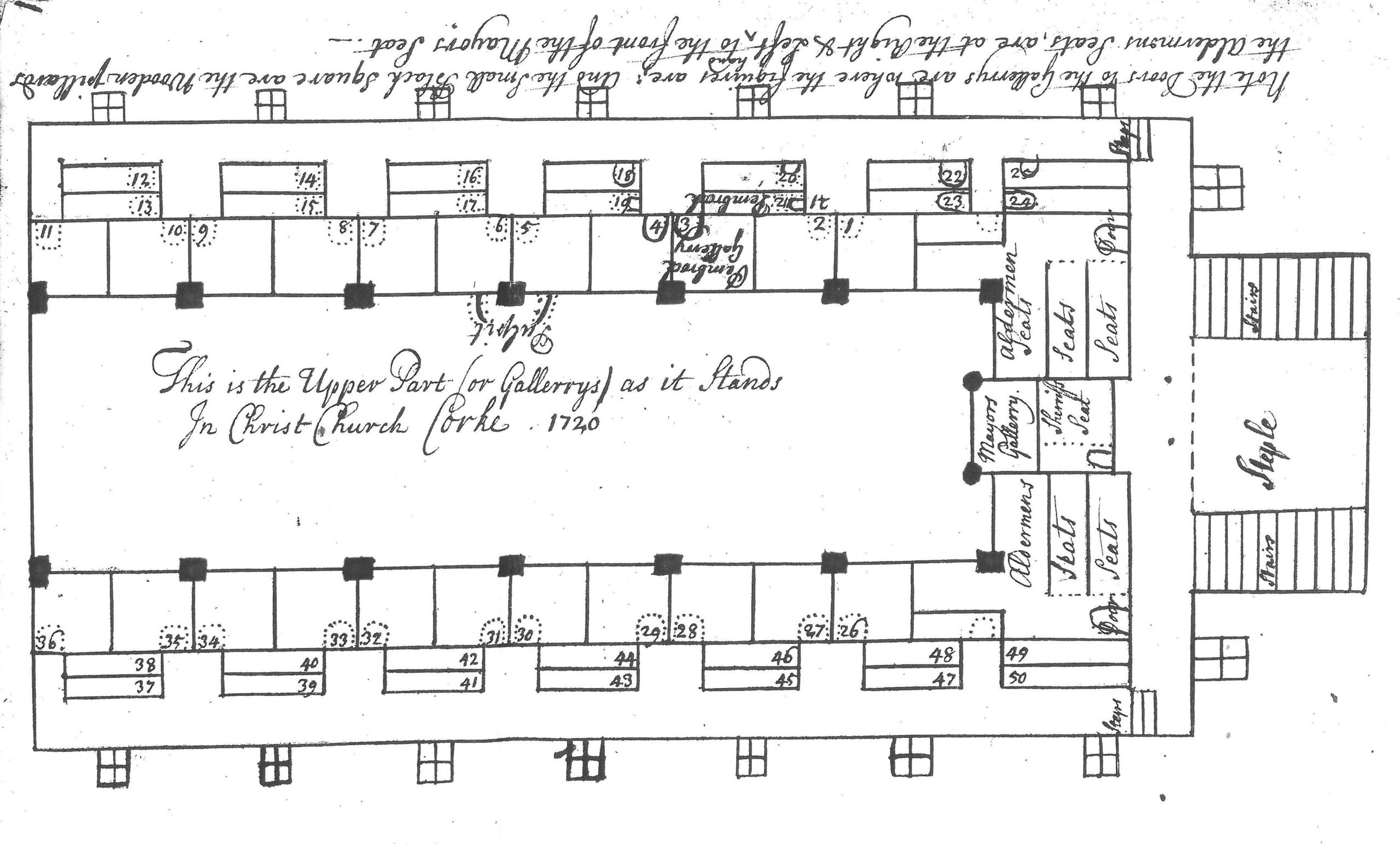 On the southern and northern galleries there were also numbered boxed seats that families could purchase and sit each week for services. Each box seat had a price ranging from £12 (the most expensive, for central gallery box seats by the railings) to 12 shillings (open seating at the rear corner wall of the church). 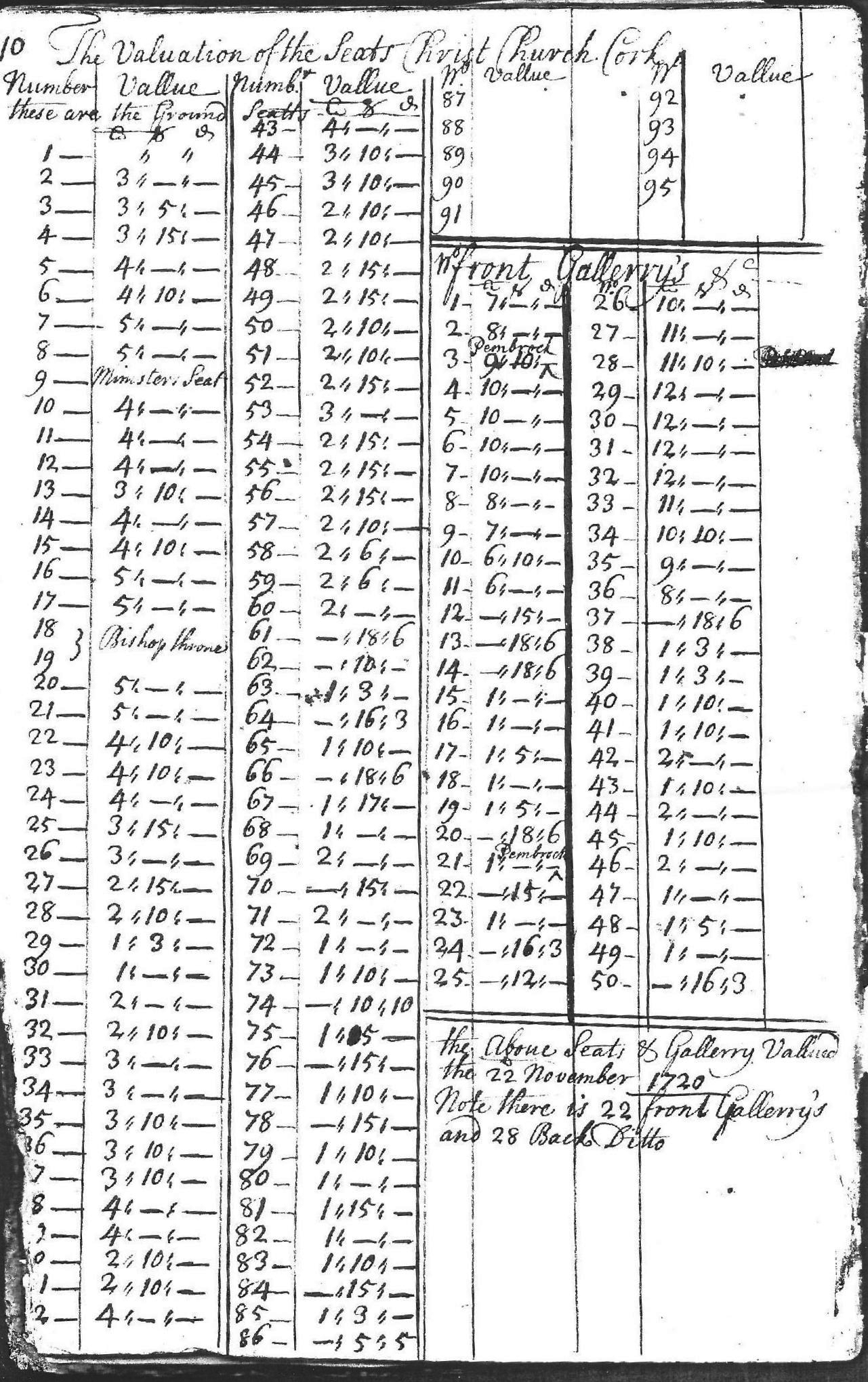