Archaeological excavations were carried out on Tobin Street in 1984 during the renovation of the Triskel premises. When the modern flooring was removed a cobbled stable floor was found dissected by three limestone walls. These were presumably the remains of stables and dated from the early 18th century. Two ovens were also discovered on the premises.

Directly underneath stable area a pathway had been laid. On either side of it rubbish had been dumped, mainly comprising of oyster shells and animal bone. Artefacts such as clay pipes (manufactured in Bristol from 1640), glass and pottery from England, Holland, Germany and Italy were recovered.

The medieval layers that were excavated constitute the backyards of houses, which had fronted onto Tobin Street in the late 13th and early 14th centuries. Four rubbish pits from this period were unearthed. In these pits fragments of leather shoes, a leather scabbard and pieces of wood were found as well as metals objects such as nails, a cloak pin, a sewing needle and keys. Pig bones had been fashioned into toggle buttons and a cow bone was used to make a chess piece.

Two items are currently exhibited in the Triskel Arts Centre, the cow bone chess piece and a coin dating from the 13th century.

The chess piece represents a castle/rook. It is a plugged bone piece in very good condition with characteristic V-shaped notch cut on uppermost surface, forming two pinnacles. There is an evenly spaced dot-in-circle motif on upper surface, six on each slope of pinnacle. The combination of the decorative motifs of dot-in-circle and incised lines, however, appears to be typical of the 11th to 13th century finds.

Two bone chess pieces, both pawns, are known from 13th century contexts in Christchurch. However the Tobin Street piece is the only known example of a castle/rook in the country from a medieval context. There are two plugged bone pieces representing a castle/rook in the Museum of London. One very similar piece comes from Tokenhouse Yard, London and another from Woodperry, Oxfordshire. 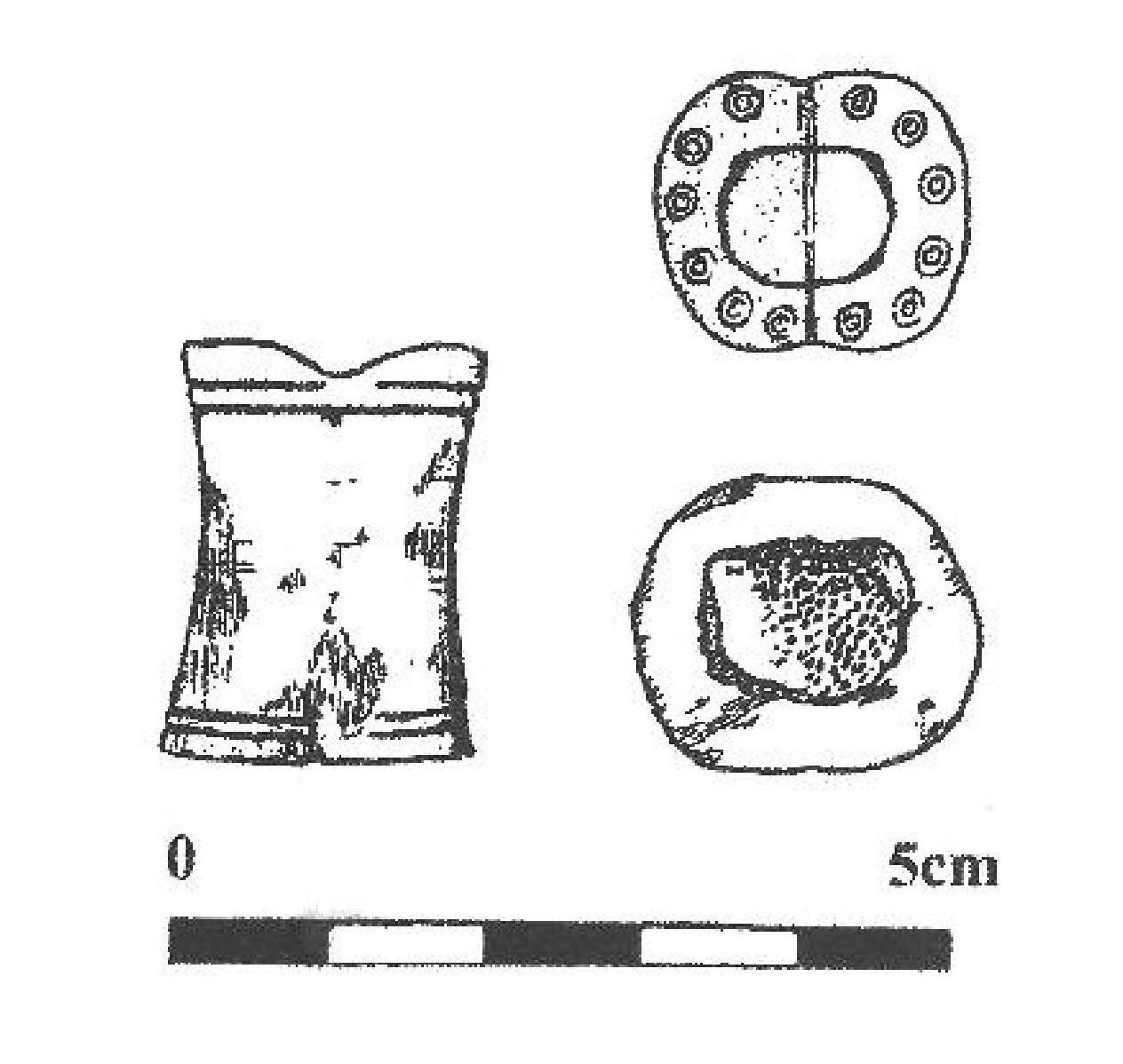 A single coin was found on the Triskel site, a long cross penny dating from 1247-1272. This coin could have been a continental imitation, minted in Northern France or North-Western Germany. However it was more likely minted at Durham, England.

In King Henry III’s long reign (1216–1272) the short-cross penny continued in use until 1247. By then, however, through no fault of the moneyers’ there was a problem in that many of the coins in circulation were underweight. This was caused by the illegal practice of clipping silver off the edge of the coin, which was made easier by the cross on the reverse not extending to the rim thus giving people no clear indication of exactly how big the coin was supposed to be. In 1247 therefore, a new long-cross penny replaced the short-cross coin, which made it more obvious when the coin had been clipped. Apart from the change in the size of the cross, the rest of the design did not substantially change, and the long cross made it easy to cut the coin into halves or quarters for change.