Fire services were established in Cork following the great fire of 1622. Churches were often used as place of refuge during the fire but would have quickly filled with smoke and carbon monoxide. There were probably many people who died in Christ Church while seeking refuge.

Fire fighting equipment of the time usually involved bucket chains and fire squirts. The Mayor, Aldermen and church wardens were nominally responsible for the equipment but there was nobody to make sure it was properly maintained. 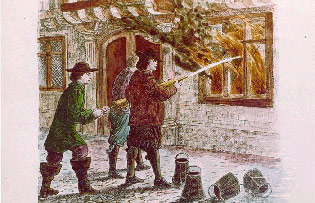 Under Queen Anne in 1707, the English Parliament passed a law requiring all parishes in London to have and maintain a large engine and a hand engine, along with a leather pipe to convey the water into the engine without the need for a bucket. However this law only extended to London and not any other cities under British rule.

In October 1714 a decision was made by Cork Corporation to purchase a large fire engine from Holland. At the time the Dutch fire engineer Jan van der Heiden was the leader in fire fighting technology.

The Dublin parliament brought in the first fire prevention legislation for all of Ireland in 1715. A second act in 1719 specified the type of equipment. ‘One large engine and one small engine’ and also that ‘each parish shall provide, keep and maintain one leather pipe and jacket as the same size as the plug or fire cock’

Leather hoses for the fire engines were provided by local tradesmen. The first fire engine  in Cork was kept in the ‘corporation yard on the Marsh’ where St Paul’s churchyard was located (current side entrance to Cornmarket Street shopping centre)

The vestries of the Established Church parishes responsible for maintaining the parish pump. Each Protestant church in the city had it’s quota of fire engines.

Christ Church is credited with having the largest and most powerful engine in Cork. 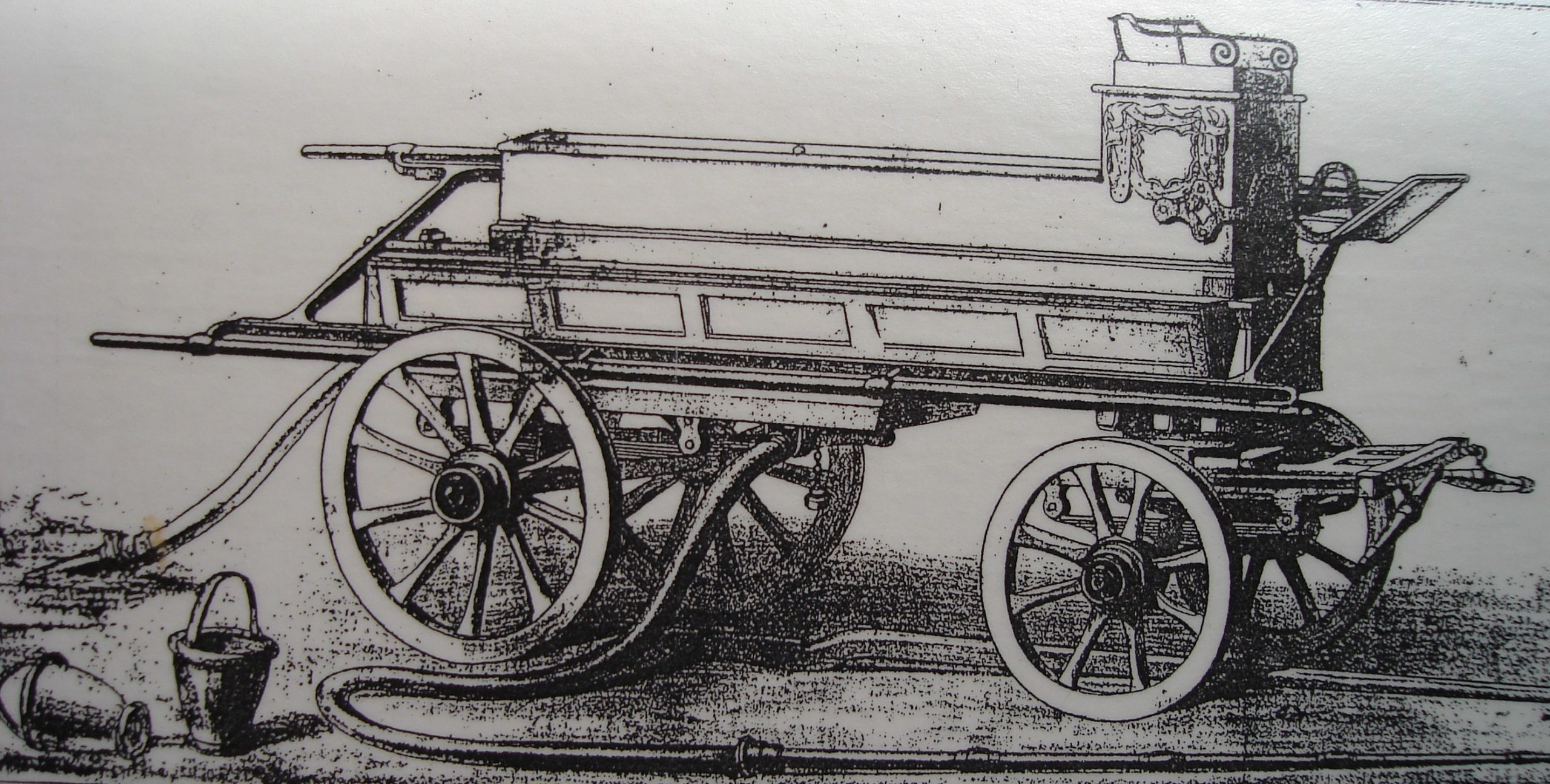 This was known as a ‘No 6 Engine’, and was capable of pumping 170 litres of water per minute  (about 1/4 the capacity of a standard modern fire engine).  They were quite expensive,  about £70, which could have bought a modest house at the time. It may very well have been built by one Nicholas Fitton, who operated a foundry in nearby Tuckey’s Quay, and who made fire engines as a sideline 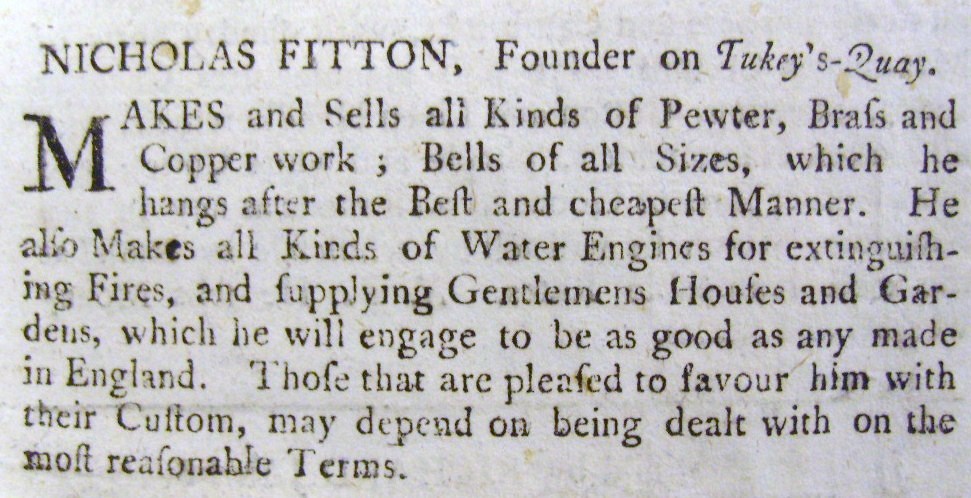 However that did not prevent several fires from breaking out along South Main Street and causing significant damage. On 29 November 1800, a tallow house belonging to Mr Hawkes caught fire and it took some time before fire fighting water was brought to bear on the fire. On the morning of Sunday 9 January 1814, some dwellings at the rear of South Main Street and Tuckey Street burnt down before the fire engines could be of any use. In the narrow streets and laneways of Cork a large engine wasn’t always of immediate use.

Our thanks to Pat Poland, author of ‘For Whom The Bells Tolled: A History of Cork Fire Services 1622-1900‘ for the information