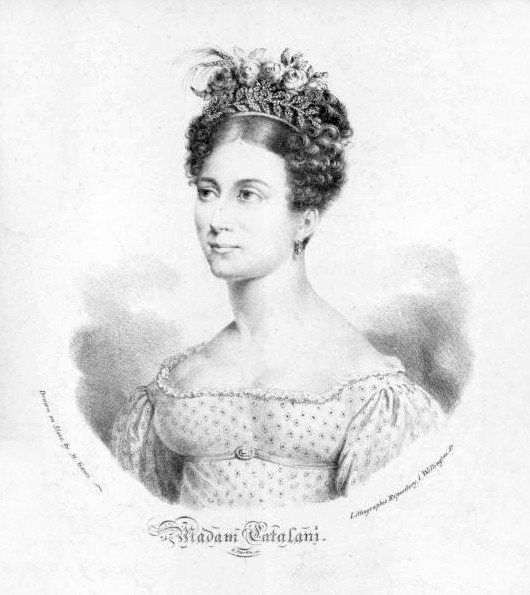 Madame Catalani was a famous Italian opera singer who had a successful career touring throughout Europe. She was born in Sinigaglia, near Rome, in 1780. She was a favourite of the French Emperor Napoleon, who promised her an income of 100,000 Francs if she were to remain in France. She declined his offer however, contracting instead to perform in Britain. She remained there for seven years. She performed the oratorio of the Messiah in Christchurch Cork on August 23rd 1814. She retired in 1832 and died of cholera in Paris in 1849.