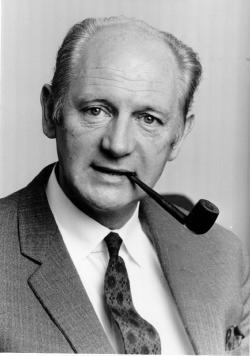 One of the most famous Cork natives of the 20th century. Born in Shandon on August 15th 1917, he enjoyed considerable popularity in Cork as a sportsman and later as a politician. In 1939 he was the only GAA player to captain both the inter-county football and hurling teams in the same year. He entered into politics in 1948 as a member of Fianna Fáil. He went on to serve as Taoiseach from 1966-1973 and again from 1977-1979.

It was during his first term as Taoiseach that he paid a visit to Christchurch on November 28 19170. This was part of a thanksgiving ceremony to commemorate the 250th anniversary of the current building. The then Taoiseach read the lesson at the ceremony ‘The Church is the people of God’ (First Letter of St Paul to the Corinthians 3:10-17). 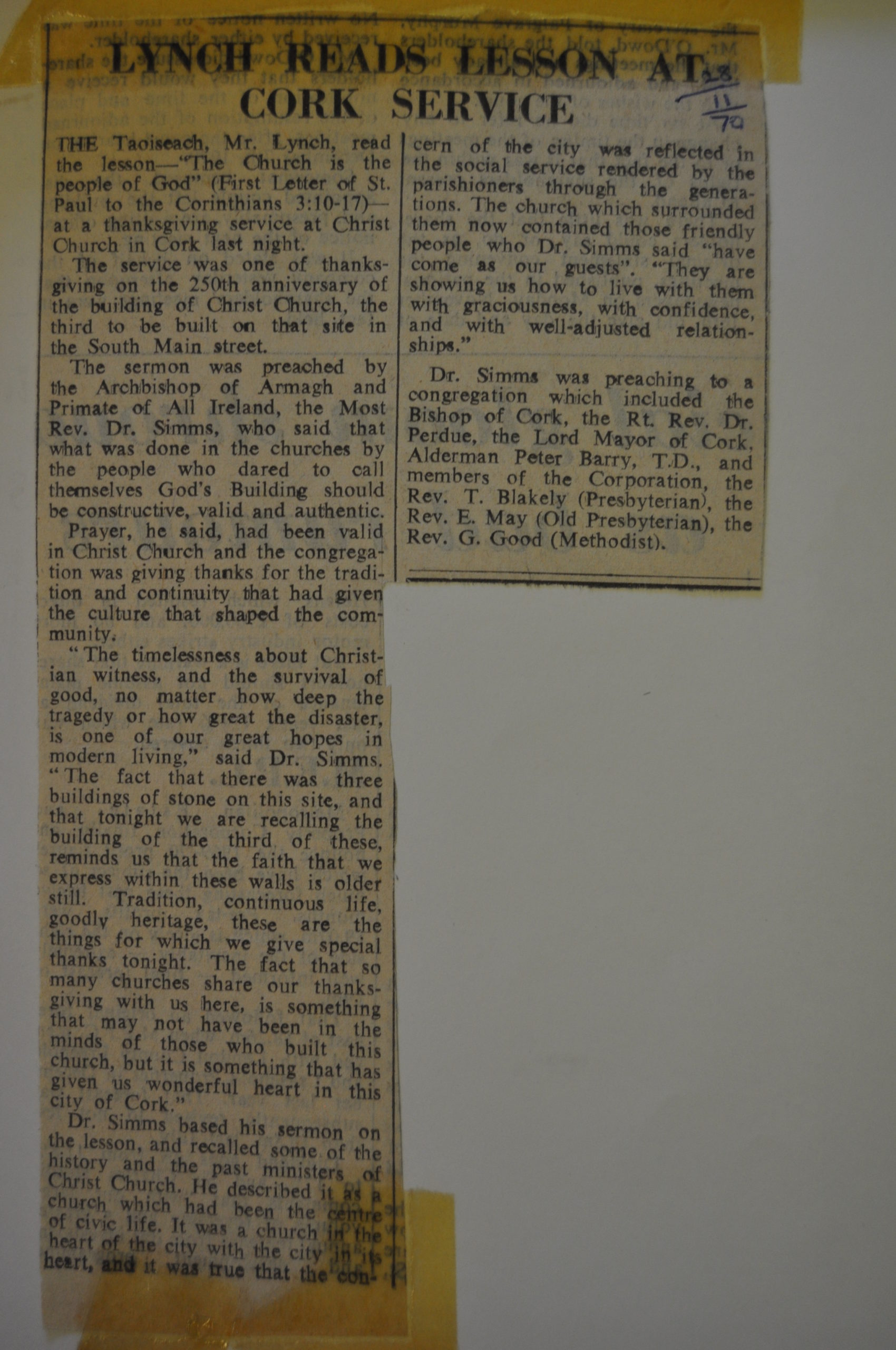 Newspaper article about the visit of Jack Lynch to Christchurch