Christchurch is identifiable from the earliest surviving map of Cork City – A Plan of Cork AD 1545 (also called the ‘Tower of London Map’ as this is the place where it was originally held). The map shows the walled city surrounded by marshes and a central waterway between the two islands of South and North Main Street connected by a bridge. The South and North Gate bridges are also identifiable. 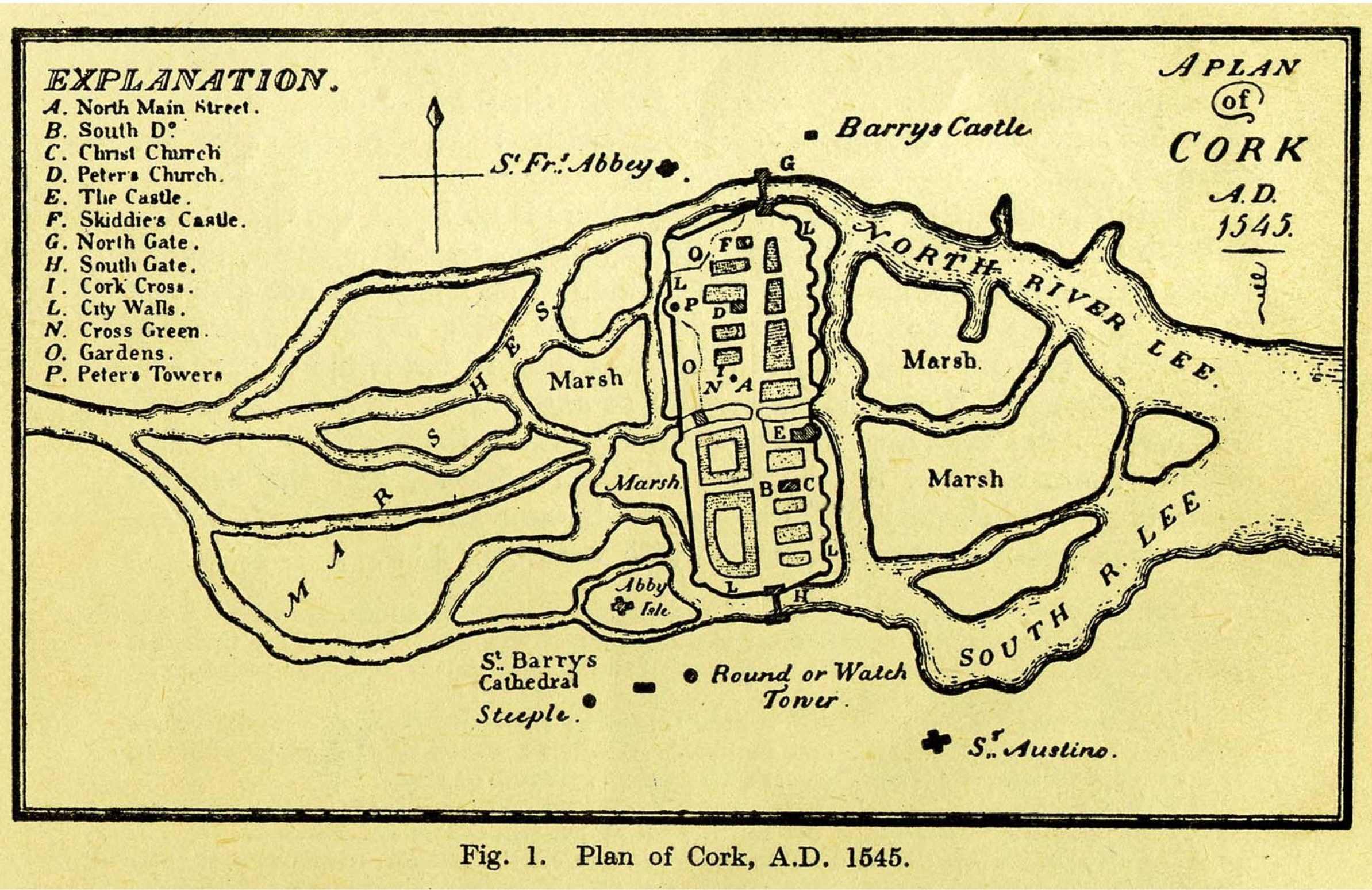 Christchurch is also clearly marked on the medieval map Pacata Hibernia (circa 1587) along with St Peter’s Church. The medieval walled city of Cork in the Pacata Hibernia map is an impressive elliptical area characterized by towers, battlements and crenulations. There were fortified gates at the locations of the present day North and South gate bridges. 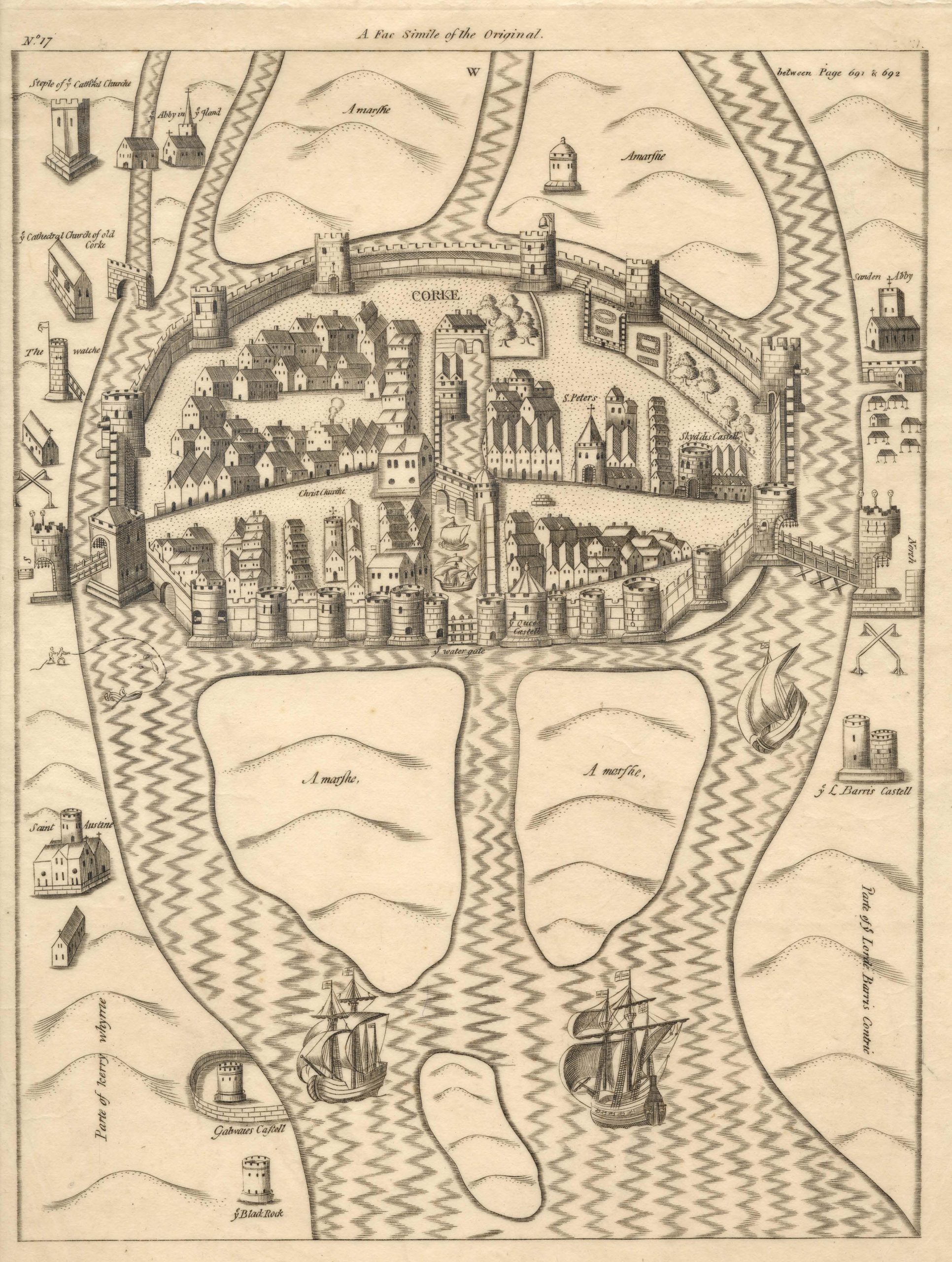 The Hardiman Map of 1601 depicts Christchurch as a large church consisting of a nave with north and south aisles and a square tower at the west end. 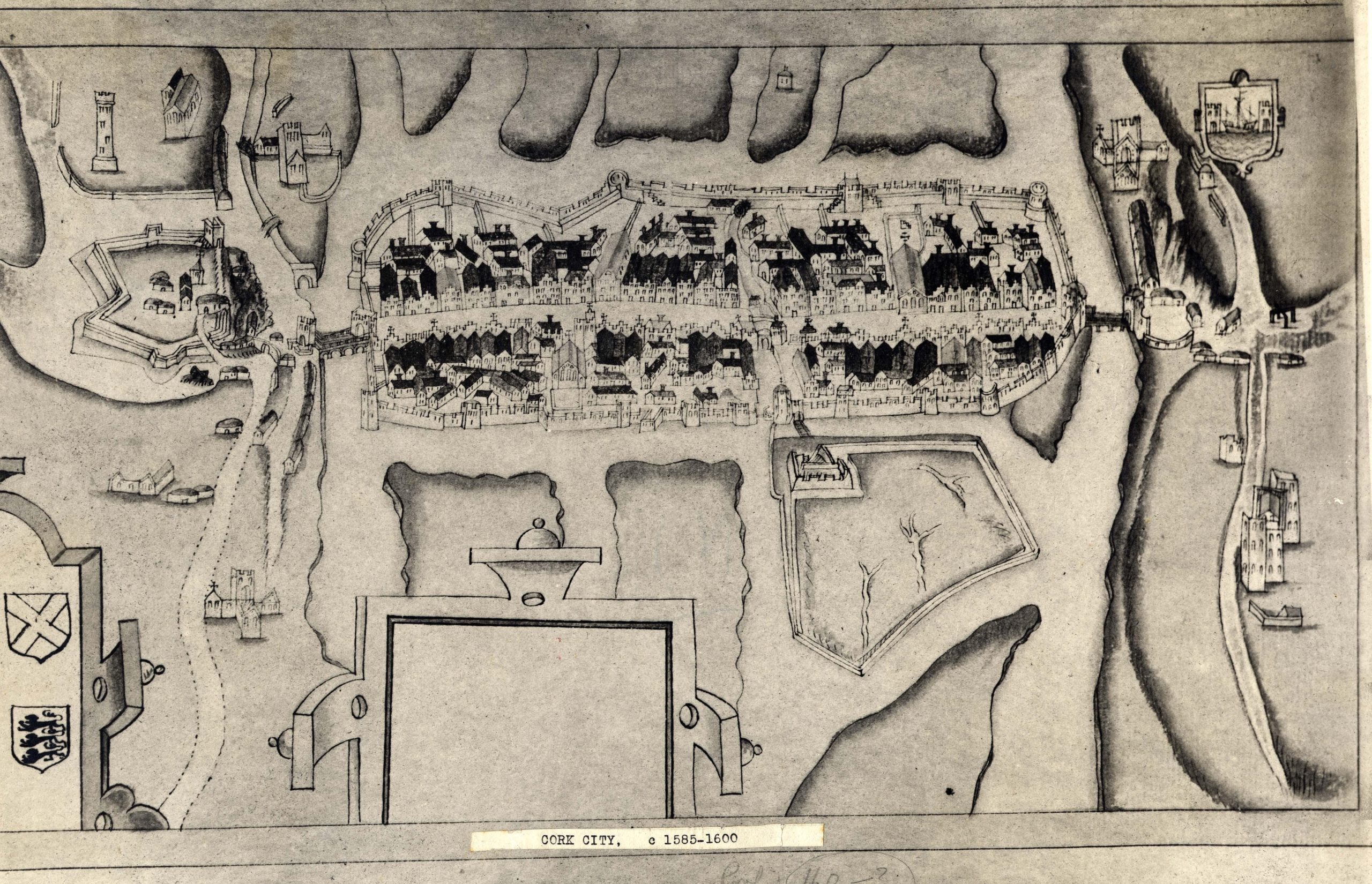