Two of the most interesting documents relating to Christchurch are the 17th century Parish Register and Parish Records. The Parish Register runs from 1643-1668 and details the christenings, marriages and burials in the parish at that time. The published Register of burials represents one of the earliest records of burials in Cork. The Parish Records date from 1664-1668 and detail the church’s income and expenditure. 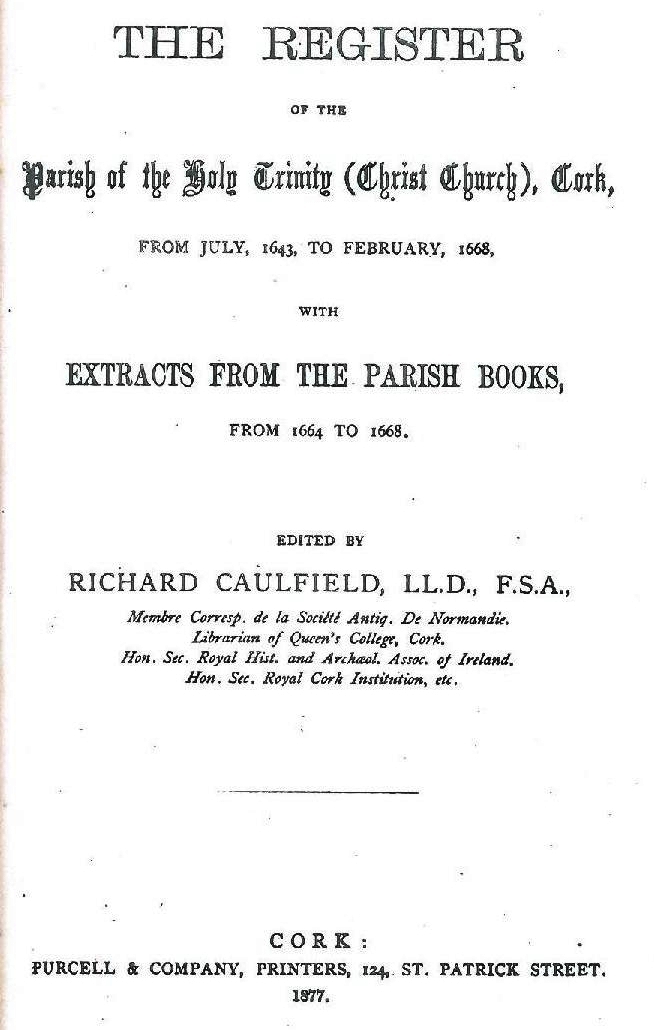 Cork city was under military governance from 1644 to 1656 when Cromwell granted a new Municipal Charter to the Protestants of Cork City. It was during this time that the balance of power in the city shifted from the Old English Catholic oligarchy to the New English and Protestant settlers. In the Register and Records the parishioners were of Protestant and English stock.

In 1877 a retired Christchurch sexton, a Mr. McCarthy, related a story of the existence of the Register to Cork antiquarian Dr Richard Caulfield. In the account McCarthy stated that the Register was stolen in the late 1700’s, then recovered, and then thrown out with some lumber from the church. The Register was subsequently restored by a tobacconist to whom it was sold as waste paper along with a number of old account books.

Following the story Caulfield went on a search for the Register and found it in a ‘sure coffer’ with 3 locks in a small chamber under the organ gallery which hadn’t been visited for a number of years. Along with the Register Caulfield also found a ledger containing the Parish Records from around the same period. Caulfield published excerpts from the Register and Records in 1877. 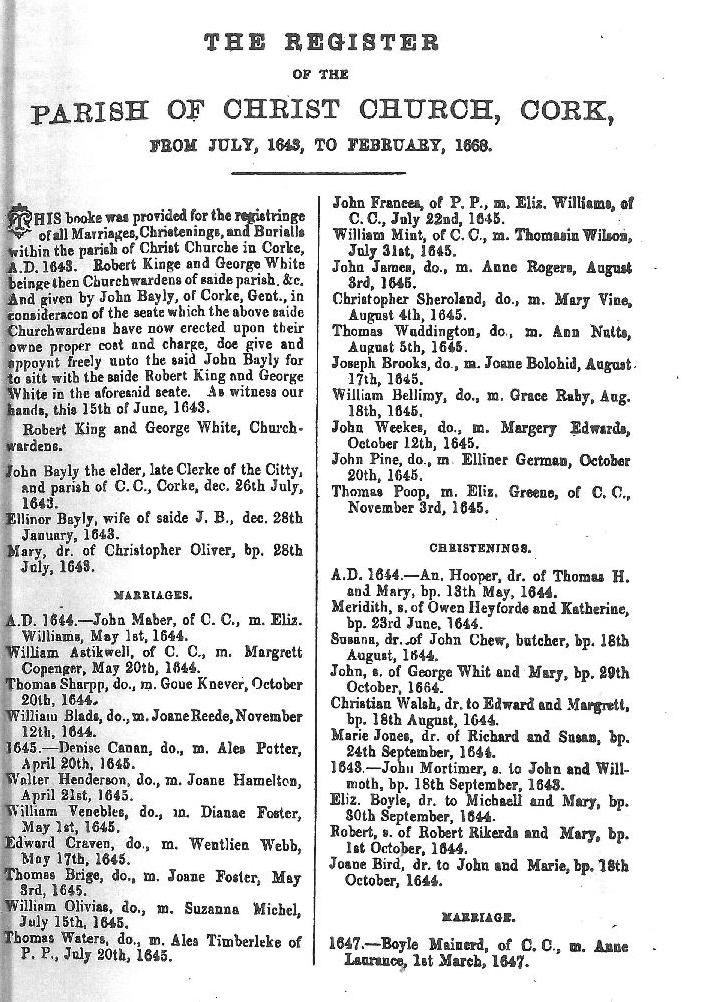 What is of great note in the Register is the amount of children who were buried during the period. Child mortality was very high at this time. In one instance there is a record in 1666 of a family of 3 children being buried on the same day and a note on a lady called Jane Blundell dying in childbirth in 1659. Burying a child was one-third the price of burying an adult.

The eldest son of Richard Boyle, the 1st Earl of Cork (1556-1643) was Roger Boyle (1621-1679). He was a soldier, statesman and dramatist, held the title of Lord Baron of Broghill and was the 1st Earl of Orrery. The Records state that Roger’s eldest son, also named Roger, was baptised in Christchurch in 1646.

Some interesting entries include: 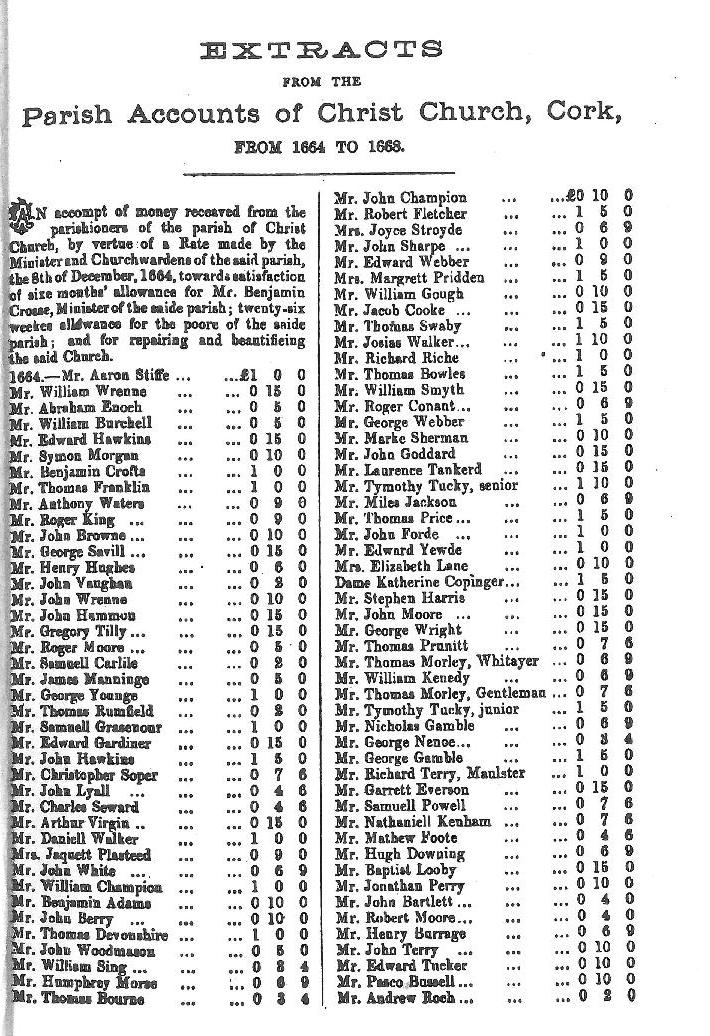 The Records outline the payments made by the church. The church’s income was funded by parishioners. Here are some of the more interesting entries:

The Records also show a list of those who refused to pay rates to the church. It was a serious offence, rendering the offender open to the Bishop’s Court. If guilt could be proved as a result of non-acceptable grounds, periods of time in the stocks or pillory would follow.