Born in Cork in 1922, Michael O’Leary was well known for his work as a local historian and photographer. He presented many of these photographs to Cork City Libraries and most can be seen today on the Cork Past and Present website. 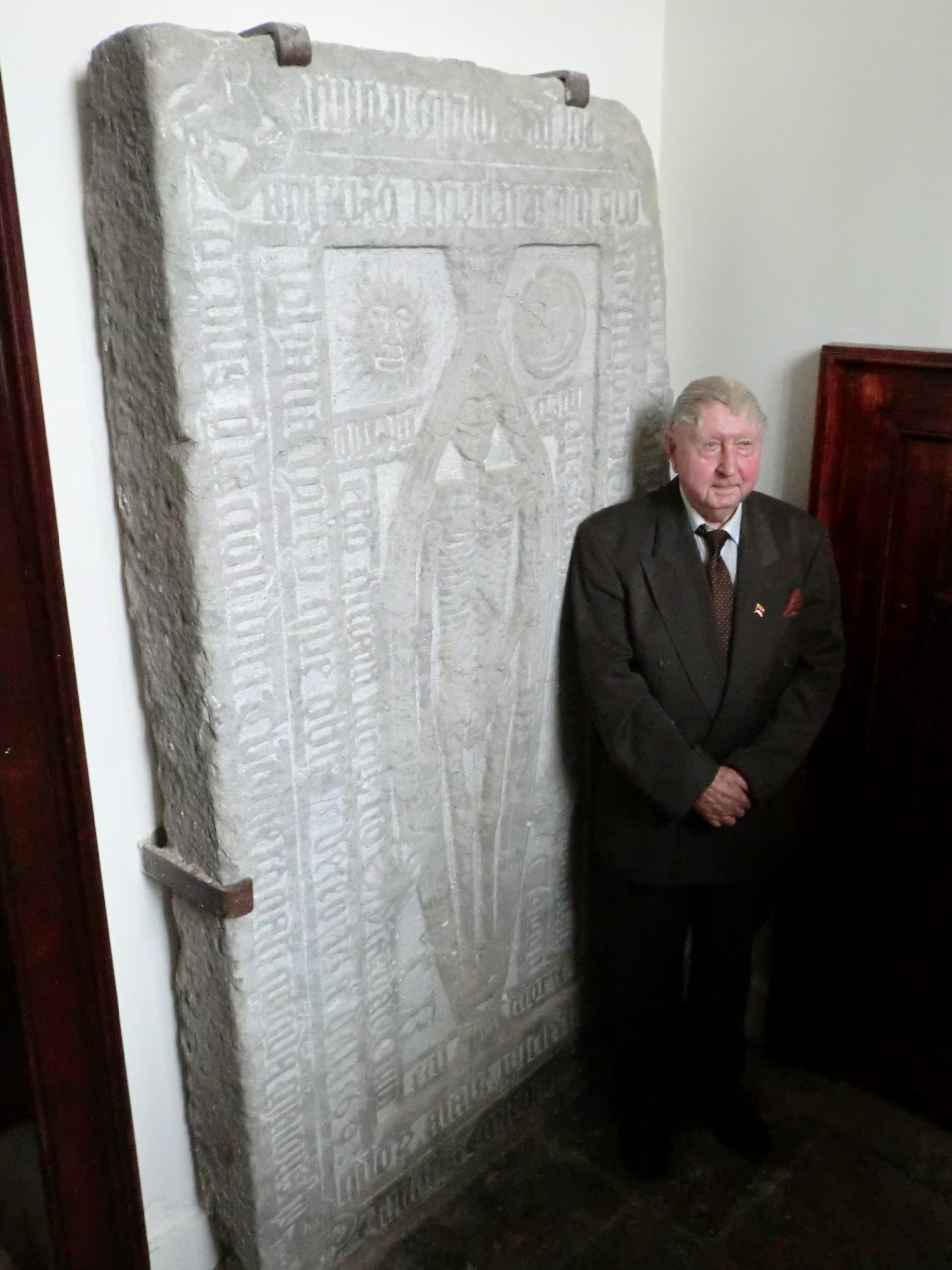 Historian Michael O’Leary standing next to The Modest Man

In 1941-1943, during World War II, Michael O’Leary served with the local security force for the Minister for Defence before joining Britain’s Royal Air Force. With the RAF’s Unit 901 Wing, he campaigned in Burma until the end of the war, under the command of Air Vice-Marshal, the Earl of Bandon, before returning to civilian life in Cork in 1946. He worked as an architect in an office based on the South Mall until his retirement.

In September 2011, Michael approached staff in Triskel with some of the information he had gathered on the newly reopened Christchurch. A project was undertaken here in Triskel to record some of the amazing stories Michael had gathered. The documentaries presented here are taken from those interviews.

In March 2005, Michael and his cousin Peter (a great grandson of Daniel Florence O’Leary) were accompanied by a five-member group from Cork on a journey to Venezuela. They gathered at the Panteón de los Heroes in Caracas to lay a wreath in honour of General O’Leary. They were treated as guests-of-honour by top officials in Venezuela.