Banned! at Triskel Cinema | Triskel Arts Centre
We are committed to the Health & Safety of our staff and audiences. And we are operating under the agreed protocols described under "Guidance documents for the Safe Operations of Cinemas during COVID-19 Resilience and Recovery 2020-2021", a copy of which can be found here. 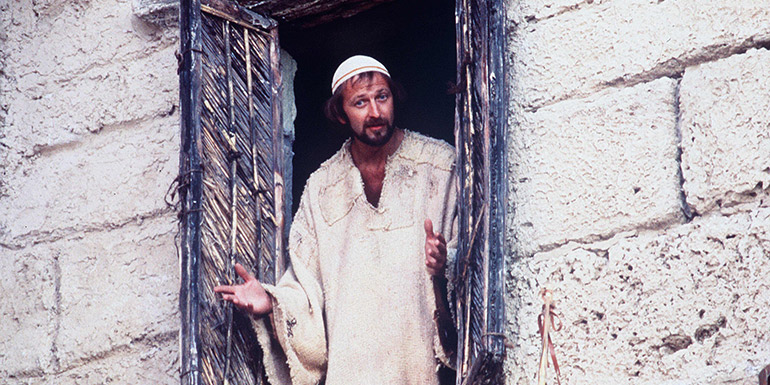 This is the journey of a singing, tap-dancing, derby-topped hooligan named Alex from amoral punk to brainwashed proper citizen in this controversial adaptation of the Anthony Burgess novel.

A beautiful trapeze artist agrees to marry the leader of a troupe of sideshow performers, but they discover that she is only interested in his future inheritance and set out to make her…one of them.

Based on a Noël Coward play, this is the story of two happily married strangers, thrown together by a chance meeting, helpless in the face of their emotions but redeemed by their moral courage.

Monty Python’s Life of Brian, the tale of Brian who was born in a Bethlehem manger next door to Jesus, is probably the most controversial comedy of all time. It is also one of the funniest.

This is a gripping and satirical look at violence, murder and the American media, as told through the eyes of two of the most terrifying, relentless, cold-blooded (and popular) mass murderers imaginable.