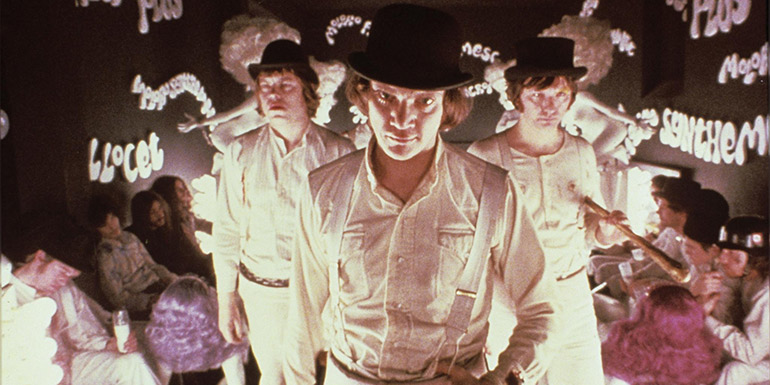 This is the journey of a singing, tap-dancing, derby-topped hooligan named Alex from amoral punk to brainwashed proper citizen in this controversial adaptation of the Anthony Burgess novel.