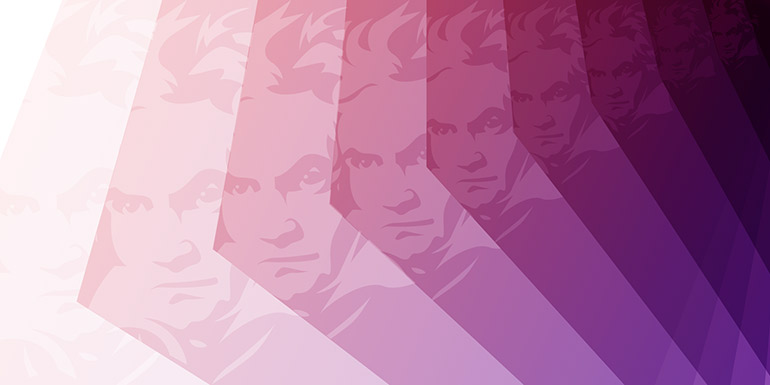 Triskel and the National String Quartet Foundation are partnering once again on a series of Saturday lunchtime classical music concerts, this time to mark the 250th anniversary of the birth of Ludwig van Beethoven (1770–1827). For the spring series of Beethoven Reflected, we present three concerts, featuring seven new commissions by some of Ireland’s leading composers.

The first concert is on Saturday 18 January at 1.10pm with the Ficino Quartet and will include specially commissioned works by Amanda Feery, Garrett Sholdice, Cora Venus Lunny and Benedict Schlepper-Connolly.

The ConTempo Quartet will perform in the second concert in the series on Saturday 15 February, which traces threads of connection from the work of Beethoven through to New York’s Julia Wolfe and Cork composer sisters Irene and Linda Buckley.

For the last concert, on Saturday 7 March, Donnacha Dennehy presents a new companion piece for Beethoven’s last and most reflective quartet, his F major quartet Op.135, performed by the Esposito Quartet.