Triskel Gets To Know … Katelynn Cremin 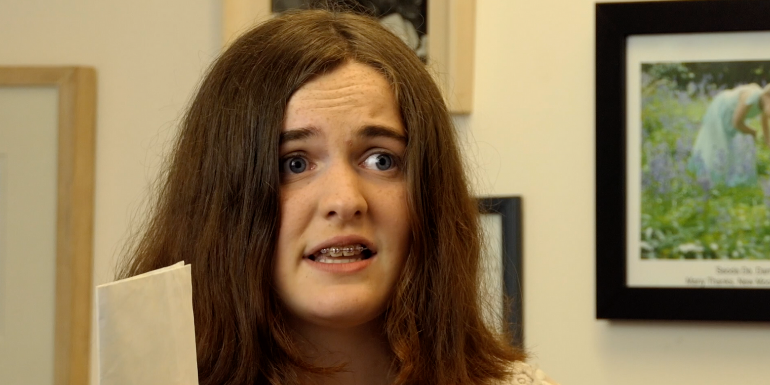 Katelynn Cremin is one of the young filmmakers involved in Future Crimes, which we will broadcast as part of this year’s Cruinniú na nÓg on Saturday 12 June 2021. We got to know her a little better.

What are your top 3 films of all time?

What three things would you take to a desert island?

What are your pet peeves? My biggest pet peeve is slow Wi-Fi. Like many others have discovered over the last year and a half, slow internet is an annoyance. When I was doing online school it became an issue during virtual live classes. The worst part about it is that I cannot do anything to help or fix it.

If you were a superhero, what powers would you have? I would love to have the power of telepathy, as if you are able to read minds you can create a counter-attack and quick, effective defense.

Who would you want to play you in a movie of your life? I like to think that Natalia Dyer would be most suited to play me based on physical attributes and I loved her acting in Stranger Things.

Do you collect anything? No, I don’t.

Are you a clean or messy person? I like to describe my organizational system as organised chaos. To the outside viewer, it seems unruly and messy but I understand where everything is. I sometimes justify my mess as part of my creative process.

If you ruled your own country, what would be the first law you would introduce? The first law I would pass (apart from the obvious ban on murder and assault) would be an equality act that states that every citizen regardless of race, ethnicity, sexuality, gender identity, religious background, etc. will be treated equally and fairly.

Future Crimes will be available to watch on Triskel’s YouTube channel from 2pm on Saturday 12 June.