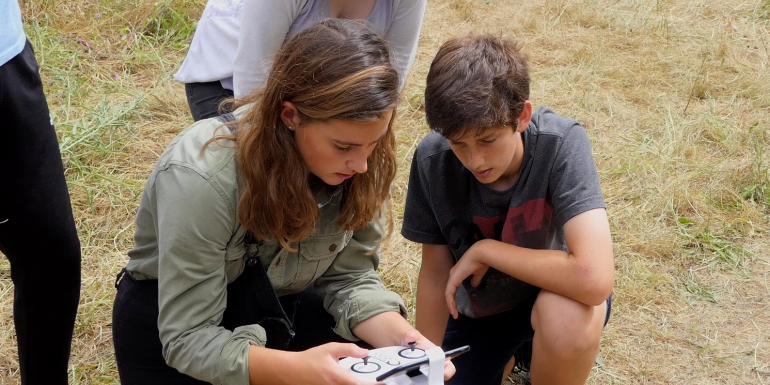 Future Crimes is a short film made by Cork Film Centre’s Future Filmmakers programme. The story involves a group of friends who attempt to solve the mystery around an escaped killer in the woods, and events filmed by their drone which appear to leave no trace. The film was brainstormed, shot, acted and edited by young people aged 15-18 under the mentorship of tutors working with Cork Film Centre over summer 2018 at the CFC premises in Ballincollig. This project was made with grant from Cork County Council’s Creative Communities Awards. Future Filmmakers is a group of young filmmakers that meet regularly for screenings, talks and workshops, while developing their own projects, mentored and facilitated by the Film Centre.