Spook Screen at Triskel on Friday the 13th! | Triskel Arts Centre
We are committed to the Health & Safety of our staff and audiences. And we are operating under the agreed protocols described under "Guidance documents for the Safe Operations of Cinemas during COVID-19 Resilience and Recovery 2020-2021", a copy of which can be found here.

Spook Screen at Triskel on Friday the 13th! 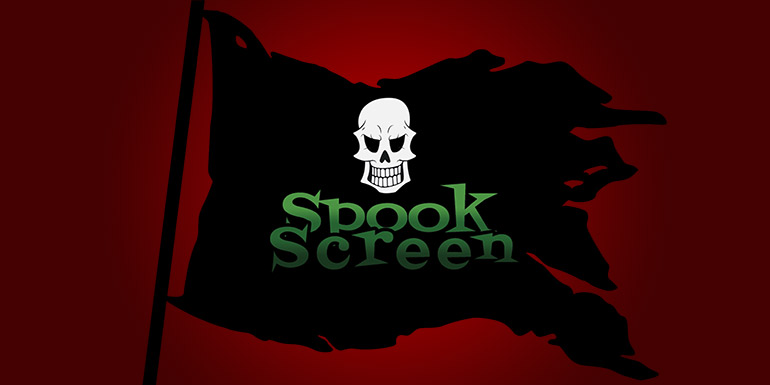 This year, Spook Screen takes place from 13–15 September at several locations. The screenings on Friday 13th September will take place here at Triskel Arts Centre and include Irish and international short film programmes, an introduction by actor Patrick Bergin to the 1991 film Robin Hood (not to be confused with the Kevin Costner film made the same year), and an appearance by cult movie actress Caroline Munro. Munro will take part in a Q&A after a screening of the Hammer Horror classic Captain Kronos: Vampire Hunter (1974) and will introduce a late night showing of the notorious Maniac (1980), in which she co-stars with the late actor Joe Spinell.

Maniac is presented in association with Twisted Celluloid, Triskel’s cinema strand that showcases the weirdest and most wonderful cult movies.

Other screenings and events will be taking place on 14–15 September at Spike Island, The Gate Cinema and more. Please visit the Spook Screen website for more details and to purchase tickets.

A wonderful collection of short films from around the world:

Beyond the Pointy Hat, Australia

A wonderful collection of horror and fantasy short films from around the globe:

A wonderful collection of some of the best in Irish Horror and fantasy short films:

“After all the myths, meet the real Robin Hood!” was the tagline for this 1991 film starring Patrick Bergin, Uma Thurman, Jürgen Prochnow, Jeroen Krabbé and Edward Fox. Brave, bold, willing to risk everything for a fight, a kiss, or a joke, there’s never been a hero like Robin Hood as he battles against oppression and tyranny with his own inimitable brand of swashbuckling good humour, with the help of his band of criminals, rogues and jokers.

Captain Kronos (played by Horst Janson) is a swashbuckling hero whose mission is to destroy evil wherever and whenever it is found. He fights with two swords (a rapier and a samurai), is amoral and ever on guard to fight evil. His skills are tested in the 19th century when a rash of vampirism causes panic in a small village. Captain Kronos: Vampire Hunter is the only feature film that was directed by Brian Clemens, best known for such classic television shows as The Avengers, Thriller and The Professionals.

Actress Caroline Munro will take part in a questions and answers session after the screening.

Frank Zito (Joe Spinell) is a deeply disturbed man who is haunted by horrific memories of abuse. He prowls the seedy streets of New York City to stalk innocent young women, and even when Frank begins a relationship with a beautiful photographer (Caroline Munro), his vile compulsions remain. Directed by William Lustig (Vigilante, Maniac Cop) and featuring landmark gore effects by Tom Savini (Dawn of the Dead, Friday The 13th), Maniac courted controversy around the world and, as a result, was censored or outright banned in many countries. Spook Screen, in association with Twisted Celluloid, presents the film completely uncut in a newly remastered edition.