Announced: Ye Vagabonds at Triskel | Triskel Arts Centre
We are committed to the Health & Safety of our staff and audiences. And we are operating under the agreed protocols described under "Guidance documents for the Safe Operations of Cinemas during COVID-19 Resilience and Recovery 2020-2021", a copy of which can be found here. 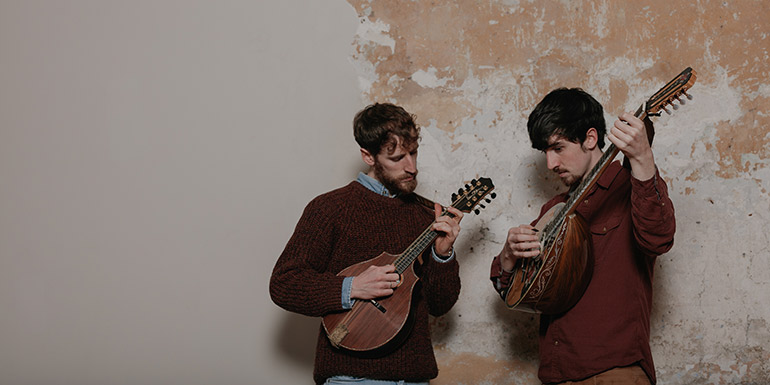 We’re delighted to welcome Ye Vagabonds, brothers Brían and Diarmuid Mac Gloinn, to Triskel on Saturday 13 April as part of their nationwide tour celebrating the launch of their new album, The Hare’s Lament.

Singing in Irish and English and accompanying themselves on violin, bouzouki, guitar and mandolin, the brothers are joined on this record by their regular touring band member Alain McFadden on harmonium, their brother-in-law Jessie Smith on additional fiddles, John Flynn on tin whistles (two played at once, held together with rubber bands) and fellow River Lea signing Brìghde Chaimbeul on smallpipes.