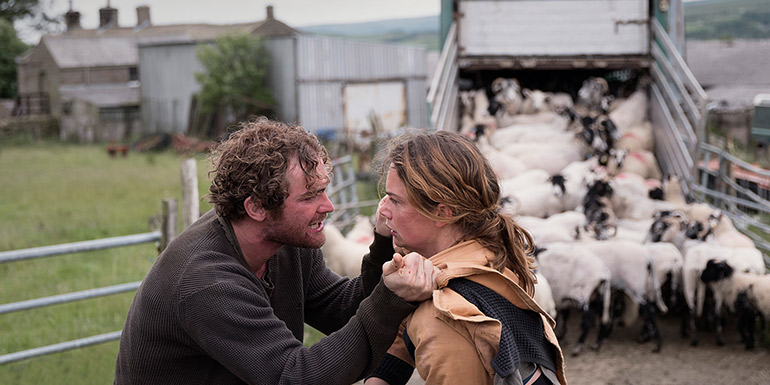 Triskel Christchurch Cinema is proud to launch +Short Film, a dedicated initiative to screen a short film each month as support to one of the feature films in the regular programme.

Chris O’Neill, head of cinema at Triskel Christchurch says “+Short Film has been something I’ve wanted to do for a long time. There was a period of time when short films frequently played in Irish cinemas with feature length movies and I think it’s a great idea – an audience comes to see a film and is introduced to this other work they may otherwise have seen. Sadly, cinemas stopped regularly screening short films in the eighties which is a reel shame. Therefore, I’m delighted we are able to invite these talented filmmakers to show their films at Triskel“.

British Director Clio Barnard’s feature film Dark River starring Ruth Wilson will be screening at Triskel Christchurch from the 18th until the 21st of March and will be accompanied by the short film Answer Print. Barnard welcomes the initiative to include short films with the feature length programme. She says “Answer Print is exquisite – incredibly beautiful and highly skilled filmmaking – I’m very proud and excited that Dark River will be projected with Mónica Savirón’s film“.

Answer Print directed by Mónica Savirón is a film in continuous deterioration. It is made with decaying, turned magenta sound and silent 16mm films from different stocks and genres that had been discarded by others. This avant-garde short film received its world premiere at the New York Film Festival.

+Short Film launched in January of this year with Everything Alive Is In Movement, a Cork-made short film directed by Linda Curtin that won the Best Cork Short award at Cork Film Festival 2017. This accompanied the acclaimed Cate Blanchett art exhibition-feature film crossover Manifesto.