The Elephant Man | Triskel Christchurch
We are committed to the Health & Safety of our staff and audiences. And we are operating under the agreed protocols described under "Guidance documents for the Safe Operations of Cinemas during COVID-19 Resilience and Recovery 2020-2021", a copy of which can be found here.
Live Music
Cinema
Visual Art
Festivals
Education
Special Events

Delighted to welcome you back to Triskel Cinema! We’re showing four great films for the next four weeks, with staggered times to give you as many options as possible.

Click here for some things to note when visiting Triskel

The Elephant Man 12A 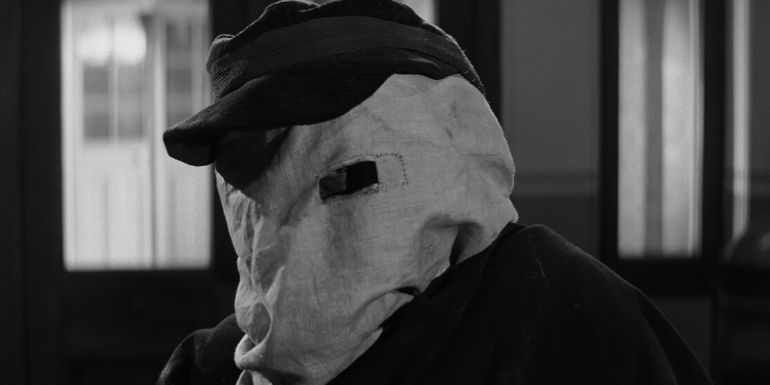 An intensely moving true story of humanity and bravery, the second feature film from David Lynch won 3 BAFTA awards including Best Film and Best Actor, and received 8 Academy Award nominations on release in 1980. For its fortieth anniversary, The Elephant Man has been reissued in cinemas in a digitally remastered edition which presents the beautiful black and white cinematography in the best way it is to be experienced: on the big screen.

John Merrick (an iconic performance from John Hurt) is The Elephant Man, forced into becoming a circus sideshow freak and spurned by society due to the disfiguring disabilities he was born with.

Rescued by well-meaning surgeon Treves (Anthony Hopkins), he escapes a life of prejudice and cruelty as he tries to fit into a world ruled by Victorian sensibilities. With news of Merrick quickly spreading, he becomes a celebrated curiosity amongst London’s upper class, including with the famed actress Mrs. Kendal (Anne Bancroft). Despite being treated somewhat more humanely, the question becomes whether Treves’ actions are, in fact, a further form of exploitation of Merrick.

The Elephant Man is an unforgettable story of human dignity and courage in the face of unimaginable adversity, that proved to be Lynch’s first mainstream commercial and critical success.