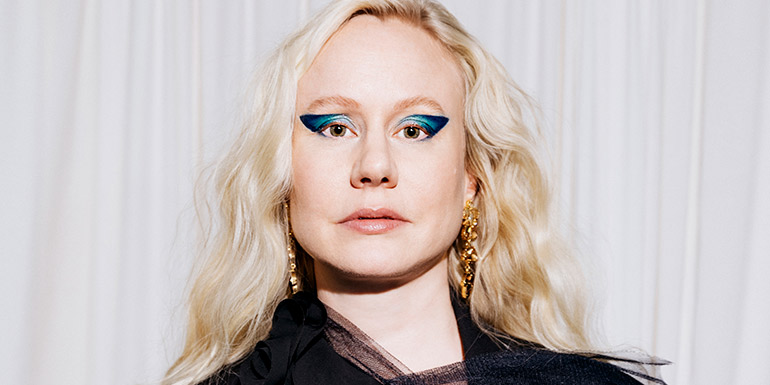 Norwegian artist Susanna is the woman behind Susanna and the Magical Orchestra // Susanna // Susanna Wallumrød, a creator of bold, original and enrapturing music, capable of building worlds to lose yourself in and collaborator with artists such as Jenny Hval and Bonnie ‘Prince’ Billy. Alongside this Susanna has also long been an interpreter of other people’s works, from AC/DC to Dolly Parton, Joy Division to Henry Purcell. Susanna has an ability to transform these works into music that sits comfortably next to her own work while never losing what made the original – and the original composer of the song – so special.

Based in Oslo, the singer/songwriter and artist Susanna formed her Susanna and the Magical Orchestra duo in 2000 for exquisite, minimalistic interpretations of pop songs, both mainstream and leftfield. Since 2007 her songwriting has travelled in multiple directions, from her Meshes of Voice project with transgressive singer Jenny Hval, to settings of Norwegian poet Gunvor Hofmo, and the collaboration with new music group Ensemble neoN on The Forester (2013). Go Dig My Grave (2018) was called ‘a wondrous, haunting bunch of covers’ (Uncut). 2019’s Garden of Earthly Delights was praised as ‘brilliant and compelling’ in the international press. 2020’s Baudelaire & Piano received 4/5 stars in The Guardian, Irish Times in addition to being Critic’s Choice in The Financial Times.

Despite the on-going pandemic Susanna is highly active, with two new albums in 2021 – the covers album LIVE together with her cousin David Wallumrød. Alongside the release of the demos to her only album in Norwegian “Jeg vil hjem til menneskene” (I want to go home to the humans), with poetry by Gunvor Hofmo. 2022 has seen a follow up to 2020’s Baudelaire & Piano with Elevation, where Susanna joins forces with tape-wizard Stina Stjern and improvisor/composer Delphine Dora for truly magical interpretations of Baudelaire’s poetry.

She is a three-times winner of Norwegian Grammys for previous releases. Superfan Bonnie Prince Billy’s recent Wolf of the Cosmos release was a cover of the whole of her 2007 album Sonata Mix Dwarf Cosmos. Since 2011 she puts out her music on her own label, SusannaSonata.

“A celebration of creative interplay, translation and transformation” 8/10 All Music

“...cool and clear and a perfect welcome to autumn.” 4/5 The Guardian