Triskel Cinema will re-open on 24 July 2020. Tickets will be on sale shortly. 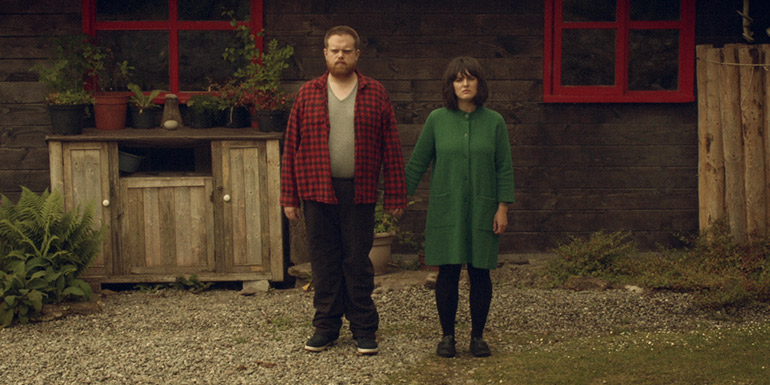 Welcome to the latest edition of ‘Triskel Recommends’, a series in which we recommend films available to stream online. With Triskel Arts Centre unable to screen movies as a collective experience and people staying at home in self-isolation, we’ve decided to highlight quality films which we think our patrons would enjoy.

With each edition, we mix movies to rent and movies which are free to view, international and national cinema, all kinds of genres (shorts, documentaries, experimental, B-movies, foreign language), and links to streaming sites and content that we curate ourselves.

Triskel’s latest video-on-demand offer is Inside (2017), the feature debut by Cork-based filmmaking duo Vicky Langan and Maximilian Le Cain. This film is selected as Triskel’s salute to Experimental Film Society (EFS), the noted Irish avant-garde production company, on the twentieth anniversary of its founding. Langan and Le Cain have been closely associated with EFS for all of their decade-long collaboration and Inside is one of the most widely acclaimed films to have been produced under its banner.

Inside is a visually entrancing experimental feature film that excavates the sensations, desires and elusive chimeras of one woman’s inner life. Taking place in the isolated setting of a remote country cottage, it summons a haunting portrait of a woman adrift in a personal reality formed of her domestic rituals and frustrations. For Aidan Dunne writing in The Irish Times, it “occupies an indeterminate space that includes aspects of film, from fiction to essay film, and performance art… largely static but hypnotically watchable.” Critic Nikola Gocić describes it as a “dissonant, wordless and deeply melancholic lullaby in equal measures evocative and alienating, its echoes entangled in dewy spider webs, glued to window glasses and absorbed by lush vegetation surrounding the home of an unnamed, isolated and perturbed heroine (portrayed with quirky, magnetic intensity by Langan herself)… Think Tarkovsky or Sokurov by way of Garrel or Duras with hints of self-denying performance art and you might get a slight idea of what to expect from it.”

Over the course of their decade-long filmmaking collaboration, Langan and Le Cain have created an intimate, distinctive universe built on a striking match between Langanʼs magnetic, often troubling and intense presence as a performer and Le Cainʼs hypnotically disruptive visual rhythms. They have made sixteen moving image works together so far. Langan’s work operates across several overlapping fields, chiefly performance, sound, and film. She both embraces and projects vulnerability, offering an intimate territory loaded with personal symbolism and unguarded emotion. In opening herself emotionally, she creates warm yet discomforting rituals that at once embrace the viewer and remain resolutely private, exploring the limits of what can be shared between people and what must remain mysterious. Le Cainʼs filmmaking proposes a personal relationship with cinema as a site of haunting. Accepted visual and storytelling codes are encouraged to collapse into a more personalised system that approaches moving imagery as an experiential construct open to possession by multiple claims of memory and interpretation. Inside is the product of this ever-developing creative partnership.

Experimental filmmaker Dean Kavanagh brings a unique visual sensitivity to his role as cinematographer on Inside. The film’s soundscape is based on the tension between the intimacy of Langan’s bodily-inflected field recordings and Cork-based musician Declan Synnott’s atmospheric and otherworldly modular synthesiser compositions.

Experimental Film Society (EFS) is an Irish company dedicated to the production and screening of formally radical experimental cinema. It has been called “the most active, prolific and intrepid group of experimental filmmakers working in Ireland today” (aemi) and produces films that are distinguished by an uncompromising devotion to personal, experimental cinema. These films adopt an exploratory, often lyrical approach to filmmaking and foreground mood, atmosphere, visual rhythms, and the sensory interplay of sound and image. EFS was founded in 2000 in Tehran by filmmaker Rouzbeh Rashidi who remains at its head. It has been based in Dublin since 2004 where it has been at the centre of a new energy in Irish alternative cinema. EFS has produced, co-produced, or otherwise assisted in the production of over fifty no-budget or very low-budget feature-length films and 500 shorts. If you enjoy Inside, we strongly recommend that you explore this extraordinary cinematic legacy by visiting the EFS video on demand page where more than fifty features can be rented, and the EFS Vimeo page where dozens of shorts can be viewed for free.

Inside is available to rent for €4 and the proceeds will be split between the filmmakers and ourselves. To view, simply click on the ‘Rent’ button. The rental period is for 72 hours.

NB: For best enjoyment, please watch Inside either with good speakers or headphones. The soundtrack contains unusual bass frequencies that might not come over on inbuilt laptop speakers.

This Rental Package is Available Worldwide

We hope you are finding the ‘Triskel Recommends’ picks enjoyable during this uncertain time. While Triskel Arts Centre is closed we are going to continue to bring quality films into your home for the interim.

By renting and donating this allows us to present films online while also supporting our organisation during this strange and unprecedented period but rest assured when we are able to open once again we will continue to host exceptional cultural cinema in the unique setting of Triskel Christchurch.