Gremlins | Triskel Arts Centre
We are committed to the Health & Safety of our staff and audiences. And we are operating under the agreed protocols described under "Guidance documents for the Safe Operations of Cinemas during COVID-19 Resilience and Recovery 2020-2021", a copy of which can be found here.
Live Music
Cinema
Visual Art
Festivals
Education
Special Events 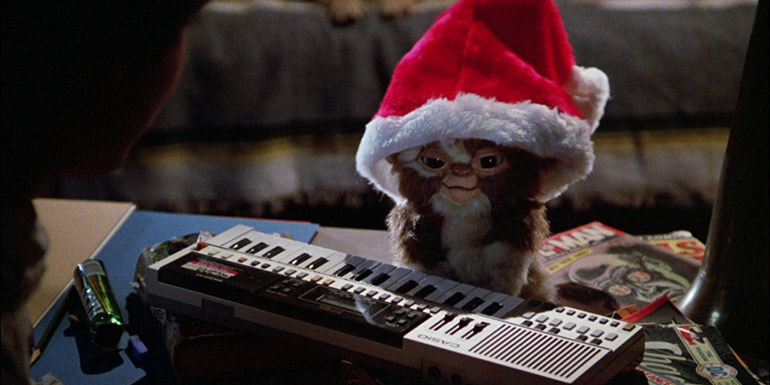 Randall Peltzer, a struggling inventor, is looking for a special gift for his son Billy and finds one at a store in Chinatown: a cute little fiery creature called a ‘mogwai’, but he is warned to never expose him to bright light, never let him get wet, and to never, ever feed him after midnight. The creature, who is named Gizmo by Billy, becomes a member of the family but due to a series of unfortunate circumstances, each of the rules are broken. The town of Kingston Falls is about to be taken over by a group of little green monsters who are anything but cute or friendly.

Gremlins, a macabre seasonal classic from director Joe Dante and producer Steven Spielberg, celebrates its 35th anniversary this year and Twisted Celluloid is delighted to present this digitally remastered presentation for one night only.