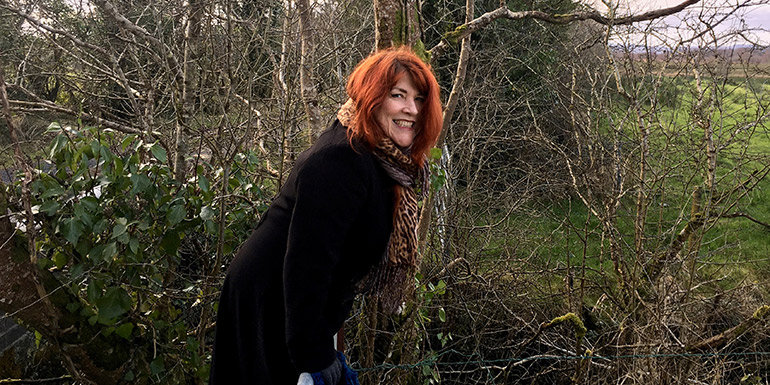 She was commissioned to write this evocative new song cycle by The Dock Arts Centre, with an Arts Council, Music Commissions Award. Celebrated for her versatility and nonconformist musical spirit, Returning Weather imaginatively weaves song, spoken word, visual effects and a stellar group of musicians from diverse disciplines together, creating a multi-dimensional sound-world which blends influences from folk, 20th-century art song and jazz. It charts a journey which is part homecoming, part memoir, inspired by Christine’s return to Ireland after many years abroad and explores themes of finding home, dwelling and landscape, reconnecting with a cultural background, reshaping a sense of identity and belonging. The songs are set in the countryside around Frenchpark, Boyle and Ballaghadereen. There are many songs of leaving and farewell, this is the music of homecoming and return.

“It’s a tribute to the quality of Tobin’s writing that there are no weak spots in this excellent collection….. There’s a thrilling, dark timbre to Tobin’s voice that moves you like no other…. …a 24-carat voice”. The Guardian

“Tobin has followed a studiously personal path as a singer and songwriter that has won her the kind of accolades bestowed on only a few. This rare and thoroughly personal artist is, a one-off.” The Irish Times

“The Voice is a killer”. fRoots Magazine

ABOUT THE ARTIST
Christine Tobin grew up in Dublin, later moving to London to attend the Guildhall School of Music & Drama. She was an integral part of the London contemporary scene for many years before moving to New York in 2015 where she made a considerable impact on the city’s creative music world. She returned to Ireland in 2020. Christine has released 11 albums under her own name and in 2012 she won a BASCA British Composer Award for her settings of poems by WB Yeats, ‘Sailing To Byzantium’. The following year, her striking arrangements of Leonard Cohen songs won a Herald Angel Award at the Edinburgh Festival. In 2014 she was awarded ‘Jazz Vocalist of the Year’ at the Parliamentary Jazz Awards. Earlier in 2008, she won a BBC Jazz Award for ‘Best Vocalist’. Aside from her own projects, she worked and recorded with an array of artists including musicians Julian Joseph, Mark Turner, Louis Stewart, Jean Toussaint, Francesco Turrisi, Ingrid Jensen, poets Paul Muldoon, Eva Salzman, Don Paterson, actor Gabriel Byrne and film director Mike Figgis. She has played at major festivals and venues around the world and in 2021 Martin Hayes invited her to perform at the legendary Masters of Tradition festival at Bantry House.