European Art Cinema Day | Triskel Arts Centre
We are committed to the Health & Safety of our staff and audiences. And we are operating under the agreed protocols described under "Guidance documents for the Safe Operations of Cinemas during COVID-19 Resilience and Recovery 2020-2021", a copy of which can be found here. 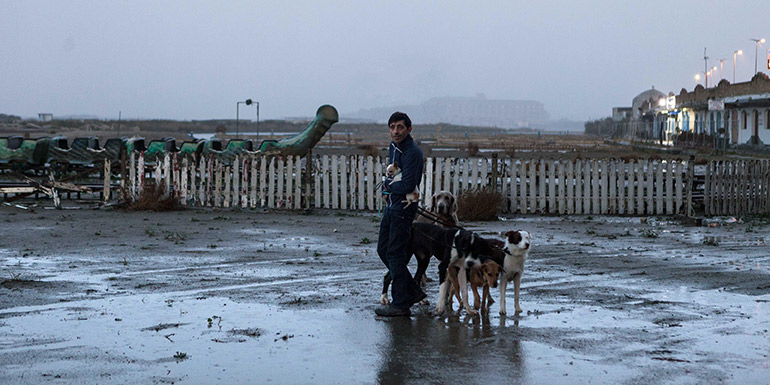 Triskel Christchurch are delighted to participate in this year’s European Art Cinema Day on Sunday 14 October, the only cinema in Ireland to be involved.

CICAE and Europa Cinemas have teamed up with more than 600 cinemas to present a curated program including previews, children’s films and historical classics. With a wide variety of guests, events and exhibitions, the program will be as diverse as European Art Cinema itself.

We’re marking it with a screening of Dogman followed by a live streamed Q&A from the London Film Festival. Dogman is inspired by one of the most infamous crime stories in post-war Italy, in which a 27-year-old dog groomer was driven to commit an extraordinary act of violence.

Dogman will receive its UK Premiere on European Art Cinema Day at BFI Southbank with director Matteo Garrone and lead Marcello Fonte in attendance for a Q&A.