Burn/out – Cork Midsummer Festival | Triskel Arts Centre
We are committed to the Health & Safety of our staff and audiences. And we are operating under the agreed protocols described under "Guidance documents for the Safe Operations of Cinemas during COVID-19 Resilience and Recovery 2020-2021", a copy of which can be found here. 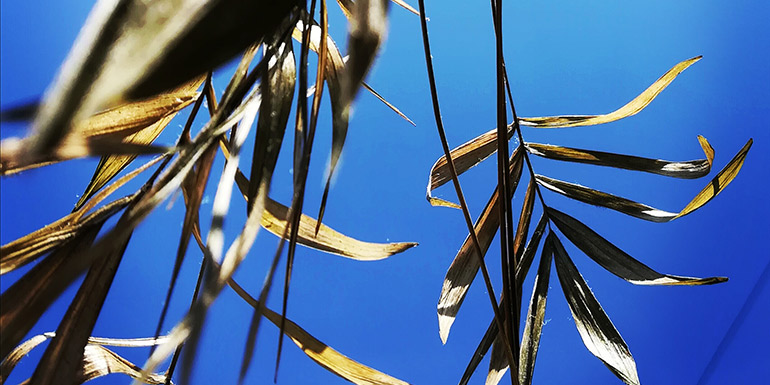 The programme for Burn/out is presented by Pluck Projects who commenced as visual arts curators-in-residence for Cork Midsummer Festival in May 2019. The residency is supported by the Glucksman who will offer mentorship, expertise and other resources to the curators.

These are the films that will feature on the night:

The film Spiral Jetty is a “portrait” of Smithson’s monumental earthwork of the same name at Rozel Point in the Great Salt Lake, Utah. Completed in April 1970, Spiral Jetty is an iconic earthwork and Smithson’s most renowned piece. At 1500 feet long and 15 feet wide, Smithson’s spiral of basalt rocks, mud, and salt crystals juts out from the shore and coils dramatically into luminous red water. The film documents the making of this earthwork, which has attained near-mythic status as it has disappeared and then re-emerged from the lake over the past decades. A voiceover by Smithson illuminates the ideas and processes that informed the evolution of the work, with allusions to prehistoric relics and radical notions of space, scale and landscape. Poetic and oddly hypnotic, the film includes stunning aerial footage of Smithson running along the length of the glowing spiral in what seems like an ecstatic ritual. The film Spiral Jetty, together with a series of photoworks taken during the construction of the earthwork, have become integral parts of the overall project.

‘I have been carrying out a dialogue between the landscape and the female body. Having been torn from my homeland (Cuba) during my adolescence, I am overwhelmed by the feeling of having been cast from the womb (Nature). My art is the way I re-establish the bonds that unite me to the Universe. It is a return to the maternal source.’ Ana Mendieta

During a 1974 visit to Mexico, Mendieta began to produce a series of works in which her own body is immersed or shrouded within the landscape. In Untitled (Grass Breathing), she is immersed in the grass-covered ground, from which she emerges. A mound in the middle of a recently re-sodded lawn suggests the presence of the artist underneath. Over the course of the film, Mendieta, underneath the sod, inhales and exhales, and the movement of her body causes the sod to rise and fall, at first slowly, then with increasing vigour, and then more slowly again until she comes to a position of rest.

Mendieta performed this work on the rocky hillside beside a stone stairway that leads to an ancient pyramidal tomb in Yágul, Mexico. Several of Mendieta’s fellow students from the fledgling Intermedia Group from the University of Iowa, led by Prof. Hans Breder, helped her to clear the ground of stones before the performance. After she lay down on the cleared terrain, these students buried her entire naked body, except for her face, under the stones. Over the course of the film, the camera remains fixed on Mendieta, submerged under the stones, as she inhales and exhales. As her breathing becomes more exerted, the stones begin to fall away to reveal her body beneath.

Over the course of this work, Hans Breder films Mendieta from different angles, her body covered in white feathers, as she floats on her back among gentle ocean waves. Like driftwood, the waves push her feather-covered body into the branches of a toppled tree and eventually onto the shore, where she lies in stillness, as the waves lap over her.

Rothach (1985) was filmed on 16mm in the Donegal countryside and is composed of a rhythmic series of pans across a barren rural landscape that recalls the setting for Michael Snow’s monumental work La Region Centrale. Unlike Snow’s rocky landscape, however, Rothach is filled with evidence of activity. Scenes of a child playing the fiddle are interspersed with shots of farm machinery and turf-cutting on the bog. Many of these images are strikingly picturesque and reminiscent of iconic Irish colour postcards. But the serenity of the location is gradually undercut, both by the soundtrack, which changes from a melody into a series of shifting electronic pulses, and by the uncanny presence of the same child in different locations. It soon becomes apparent that this landscape is highly constructed.
Maeve Connolly, ‘From no Wave to national cinema: the cultural landscape of Vivienne Dick’s early Films (1978-1985)’, National Cinema and Beyond, (Dublin, Four Courts Press, 2004)

Augenblick is a meditation on age, and the evolution from a mythological to a human and then to a technologically centered world. The film features three actresses, a trinity of female ages, and quotes literary and philosophical sources from Rousseau to Noah Harari. Moving from The Age of Enlightenment into a digital world, what becomes of out relationship to each other and to the earth?

Produced by Experimental Film Society & Funded by the Arts Council of Ireland.

Antler won the special award of The Unforseen – International Experimental Film Festival 2018 in Belgrade, Serbia. Here is the jury’s response on the Antler’s award:

“A film of subtle poetics and expressive aesthetics achieved through the hypnotizing intertwining of archive and authorial footage, “Antler” erases the boundaries between fiction and documentary, introducing the viewer to a mysterious and, to a certain degree, fairy-tale-ish world of oneiric atmosphere. Formally seductive, and challenging to decipher, this “ecological fantasy” (for the lack of a more precise definition) transforms a botanical garden into a laboratory of evocative images and sounds, in a process that could be identified as alchemy.”