Bear with us as we work towards bringing back our physical Box Office at the venue. We encourage everyone to purchase tickets online in advance but you can click here for this week’s Box Office Opening Hours. 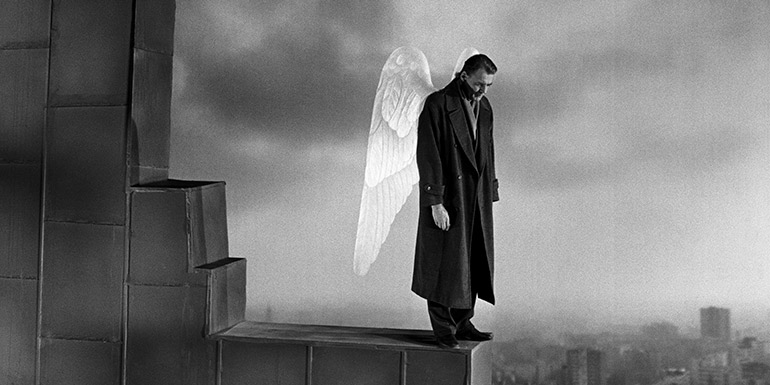 Damiel (Bruno Ganz at his best) is one of a legion of angels who watches over the lives of residents in a divided city. Set towards the end of the 1980s, before the Berlin Wall came down, the film charts Damiel’s desire to feel, just as the subjects he watches over do. In particular, he is enraptured by Solveig Dommartin’s Marion, an acrobat in a circus. Although it is only children who can see the angels, Marion is faintly aware of Damiel’s presence. As is Peter Falk’s actor, filming on location in the city, who has a past that links him with the otherworldly guardians.

This remastered version of Wim Wenders’ heart-breaking Berlin masterpiece is a glorious love letter to a city and a time capsule of a bygone era.