Tremble All You Want | Triskel Christchurch
We are committed to the Health & Safety of our staff and audiences. And we are operating under the agreed protocols described under "Guidance documents for the Safe Operations of Cinemas during COVID-19 Resilience and Recovery 2020-2021", a copy of which can be found here.
Live Music
Cinema
Visual Art
Festivals
Education
Special Events

Tremble All You Want NC 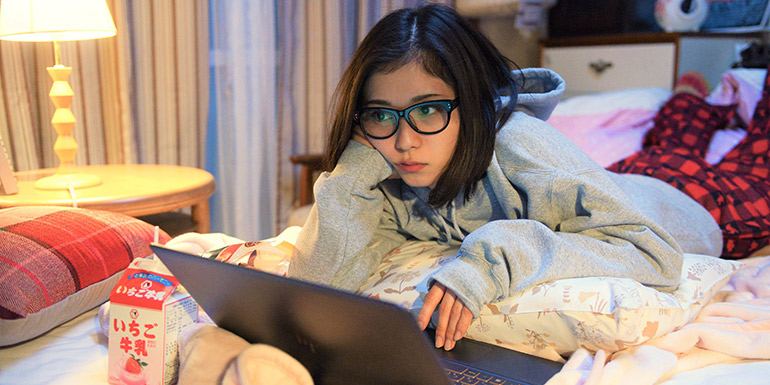 24-year-old Yoshika has long left school, but after all those years she still harbours an all-consuming crush on her former classmate Ichimiya (who she affectionately refers to as ‘One’). When she goes on a few dates with co-worker Ni (or ‘Two’) and the pair clearly hit it off, Yoshika still can’t shake off her obsession with her idealised memory of ‘One’. After a near death experience involving a blanket and a heater, a newly-determined Yoshika decides to organise a class reunion in the hopes that ‘One’ will show up. As the plan plays out, it begins to dawn on her just how deep into her own fantasy world she has disappeared.

Some films demand a great central performance to really push everything to the next level. Thankfully Tremble All You Want has that… and then some. Mayu Matsuoka delivers a star-making term as Yoshika, in a complex role that requires everything from long stretches of quiet awkwardness to hyperactive singing and dancing. Yoshika is the ever-present force of nature in this witty, playful and intelligent twist on your usual rom-com. With lively direction from Akiko Ohku and a quirky tone reminiscent of gems like 2006’s Memories of Matsuko, Tremble All You Want brings viewers on a whirlwind tour through the mind of an exhilaratingly unreliable narrator.

This year’s Festival is a continuation of the highly successful collaboration between the Embassy of Japan and access>CINEMA, with support from the Ireland Japan Association and the Japan Foundation. Screenings will take place at both The Gate Cinema and Triskel Christchurch. Visit www.jff.ie for full details.