Tonite Let's All Make Love in London | Triskel Arts Centre
We are committed to the Health & Safety of our staff and audiences. And we are operating under the agreed protocols described under "Guidance documents for the Safe Operations of Cinemas during COVID-19 Resilience and Recovery 2020-2021", a copy of which can be found here.
Live Music
Cinema
Visual Art
Festivals
Education
Special Events 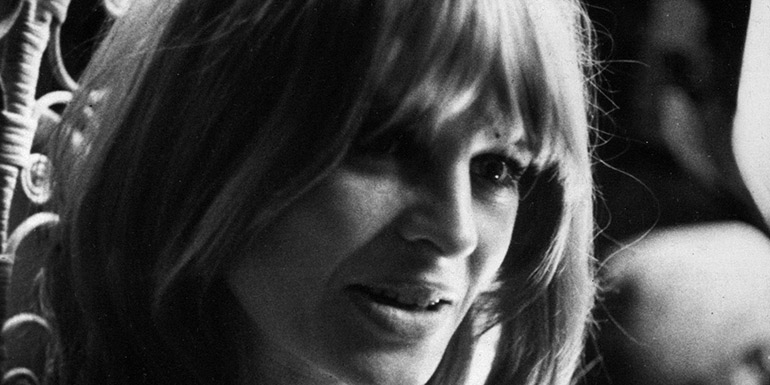 This exuberant exploration of the explosion of English pop culture in the days of ‘Swinging London’ features such luminaries as Mick Jagger, Julie Christie, Michael Caine and Pink Floyd. A self-described ‘Pop Concerto for Film’, its main theme is the notion of pop as the cultural expression of the excitement then occurring in the city. Although widely perceived as an iconic celebration of the time, it is not without a critical edge in its look at the construction of myths around the era.

Phantoscope, Triskel Christchurch Cinema’s quarterly experimental film programme, presents an evening entirely dedicated to legendary maverick documentary maker Peter Whitehead. One of the most provocative and distinctive voices in British cinema, Whitehead is best remembered as a unique chronicler of ‘60s Swinging London and, in his monumental The Fall (1969), New York.

He was a filmmaker whose work, in the words of Richard Roud, attempted “to come to grips with today, both in terms of its content as well as of its form”. He captured the arrival of Ginsberg and the counterculture in England in Wholly Communion (1965), made the first documentary on the Rolling Stones, and was responsible for what many still consider the definitive film on Swinging London, Tonite Let’s All Make Love in London (1967).

These screenings are Phantoscope’s tribute to Whitehead who passed away last June. We are delighted that Alissa Clarke, co-curator of the Peter Whitehead Archive at De Montfort University, will join us for a discussion of Whitehead’s work at the event.