The Selfish Giant | Triskel Arts Centre
We are committed to the Health & Safety of our staff and audiences. And we are operating under the agreed protocols described under "Guidance documents for the Safe Operations of Cinemas during COVID-19 Resilience and Recovery 2020-2021", a copy of which can be found here.
Live Music
Cinema
Visual Art
Festivals
Education
Special Events

The Selfish Giant 15A 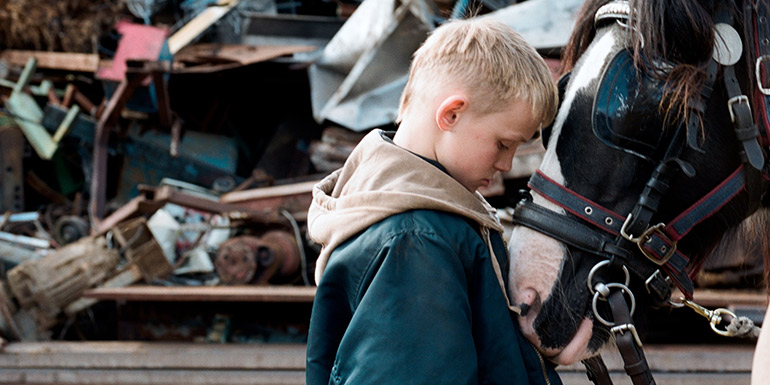 Set on the outskirts of Bradford, The Selfish Giant follows two rebellious young lads – Arbor (Conner Chapman) and Swifty (Shaun Thomas) – and their involvement with a local scrap dealer.