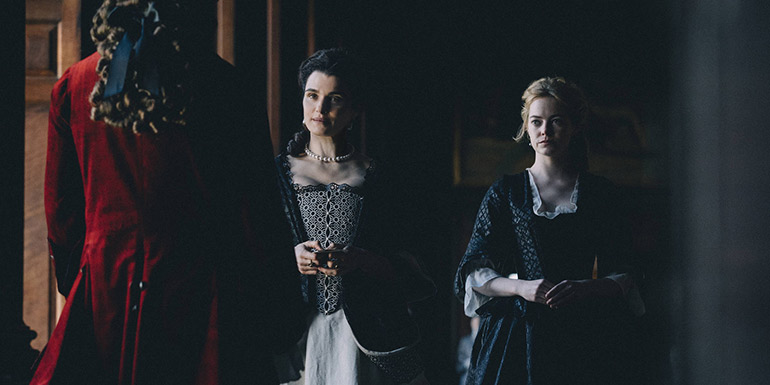 The latest film from the director of The Lobster takes place in early 18th century England when the country is at war with the French. Nevertheless, duck racing and pineapple eating are thriving. Golden Globe-winner Olivia Colman shines as the emotionally needy Queen Anne in this delightfully bizarre black comedy. Rachel Weisz and Emma Stone complete the dysfunctional love triangle with mother issues on which the film hinges, as both battle for the queen’s attention.

Yorgos Lanthimos disrupts the polite, tasteful conventionality usually associated with royals. Instead, the drama simmers with sweary, punkish anarchy and refreshing candor. Irreverent, profound and absurd, this film is loosely based on the true story of the competition between Sarah, Duchess of Marlborough and her cousin Abigail, Baroness Masham. Indeed, each of the three fantastically feuding women are written with whip-crack wit and brilliant, flamboyant vulgarity.

El Hor (14 minutes, directed by Dianne Lucille Campbell): Through the interspecies gaze we observe one of the most ancient and highly honoured dog breeds, the Saluki. Guiding us in love, preparing us in death and transforming us in life. This short film will support The Favourite

Book Tickets
The Favourite is a pleasure to watch
Vanity Fair