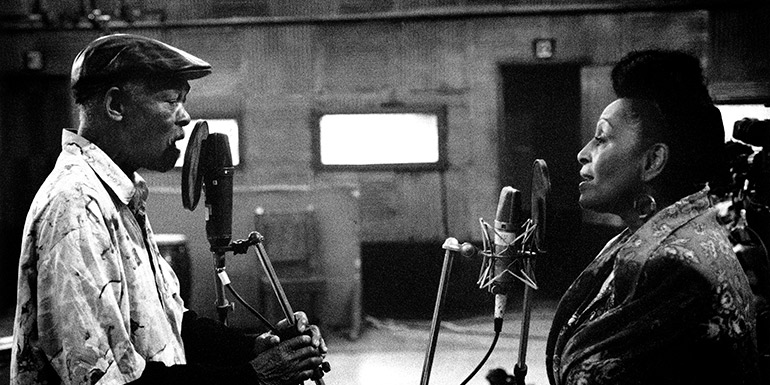 In 1996, Ry Cooder helped bring together a group of legendary Cuban musicians under the banner of Buena Vista Social Club, the name of a popular 1940s members bar in the Buenavista quarter of Havana. Amongst the performers were guitarist and singer Compay Segundo, pianist Rúben Gonzalez, singer Ibrahim Ferrer, singer and guitarist Eliades Ochoa and singer Omara Portuondo. Their eponymous album, released in 1997, was a huge hit. On the announcement of a world tour, Wenders joined the band, recording them in concert.