Spotlight Chamber Music Series 2019 – III | Triskel Arts Centre
We are committed to the Health & Safety of our staff and audiences. And we are operating under the agreed protocols described under "Guidance documents for the Safe Operations of Cinemas during COVID-19 Resilience and Recovery 2020-2021", a copy of which can be found here.
Live Music
Cinema
Visual Art
Festivals
Education
Special Events 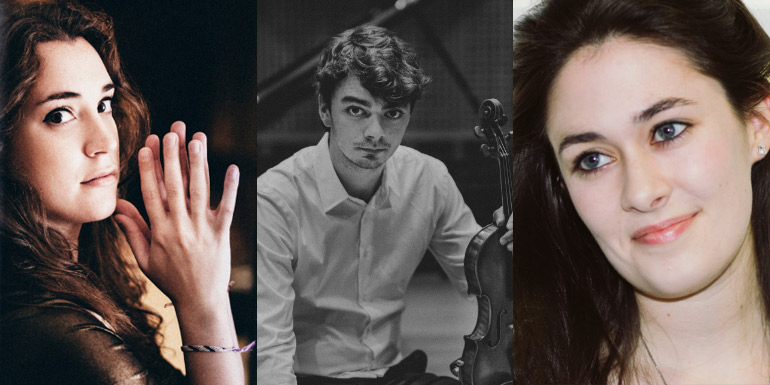 The penultimate concert in the series will present two staples of the piano trio repertoire – Haydn’s so-called “Gypsy” trio and Brahms’ first piano trio – alongside a contemporary work, Saul and the Witch, by the featured composer of this year’s Spotlight Series, Solfa Carlile. This piece draws its inspiration from the painting Saul and the Witch of Endor by Benjamin West (1777). The painting depicts a story from The Book of Samuel, in which, against the will of God, King Saul employs a witch to conjure up the spirit of the prophet Samuel. The witch instead summons a demon who impersonates the prophet and tricks Saul. Musically, elements of serial technique are used in a modal context. A series of gestural fragments accumulate, occasionally punctuated by four commanding, accented chords in the piano. These chords recur in various transpositions throughout. The harmony is also reflected in flourishes in the musical texture, which builds to a frenzied, sinister climactic point.

Haydn’s “Gypsy” trio, written near the end of the composer’s second trip to London in 1795, is so-called because of its Rondo finale in Hungarian style. Brahms’ trio, written in 1853 when he was just twenty years old, is the first of four and is in many respects a paradoxical work. Progressing from a radiant B major to a tragic B minor, the piece juxtaposes passages of luxurious warmth and optimism with music of turbulence and despair.