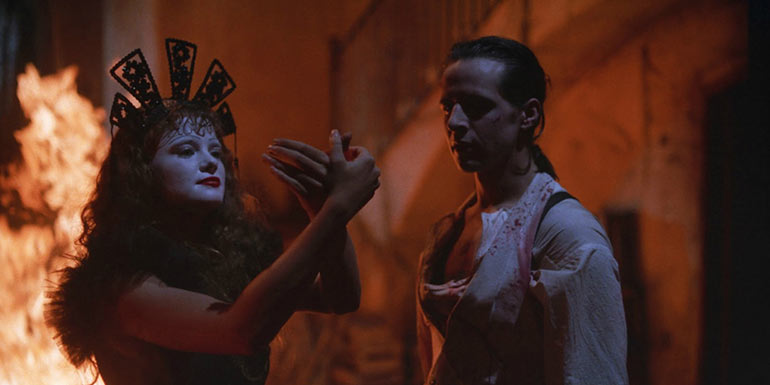 In the 1970s, Alejandro Jodorowsky redefined movies as both art and entertainment while changing the face of cinema forever with the midnight movie classics El Topo and The Holy Mountain. In 1989 he made a film that lived up to the surreal heights of those earlier films with Santa Sangre, which many consider his masterpiece.

In flashback we meet a young Fenix, the son of two circus performers, his father being the adulterous circus master and mother, a trapeze artist who also leads a cult of the Santa Sangre temple, the site of a gruesome crime where a young girl was dismembered. However, more gruesome crimes are to follow Fenix, not least the death of his beloved elephant, the funeral of which is a fantastical set piece in a film filled with Freudian relationships, bloody imagery and gruesome body horror. We see Fenix into adulthood where his painful childhood memories haunt him to become brutal reality.

Regular prices apply for each film in the Alejandro Jodorowsky season, but there is a special season ticket to see all four for €32.00 full price or €28.00 with annual membership. Available to purchase at Box Office.