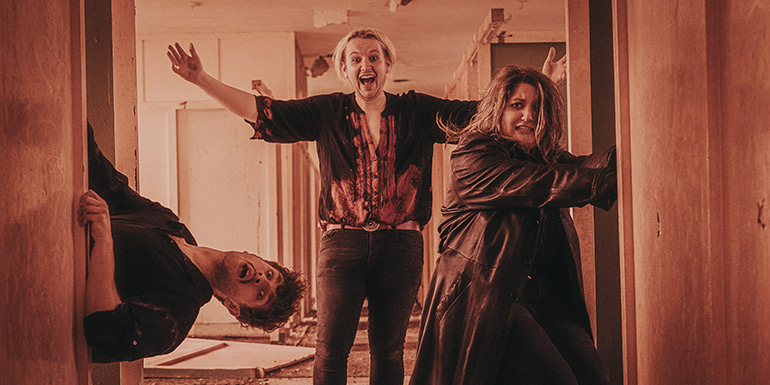 This documentary will look at Cork’s innate musical DNA and how an unofficial noisy and rebellious culture has permeated the city for the past thirty years.

Featuring interviews with key figures from the Cork music scene, such as Ricky Dineen, John Spillane & Giordaí Ua Laoghaire, the documentary will be screened in Triskel Arts Centre followed by a live musical performance by the band.

The art-punk band has received international recognition and mentioned as a top pick for 2022 in The Sunday Times, Irish Examiner and Hot Press, the trio have a very important year ahead of them. In May 2022, Pretty Happy supported the iconic Kim Gordon (Sonic Youth, Body/Head) across Europe & the UK as well as making two appearances at Primavera Sound in Barcelona. The band’s upcoming live shows include All Together Now festival in Waterford in July, Raw Power weekender in London in August and special guest to Pavement in Dublin in November. For their forthcoming EP they teamed up with producer John ‘Spud’ Murphy (Lankum, Black Midi).

Abbey Blake is a writer, director, vocalist and guitarist. She is an Official Artist with Earthquaker Devices.

Arann Blake is a vocalist, bass player, writer, director, actor and producer with many projects in film, theatre and music under his belt.

Andy Killian is a music composer, musician and film editor from Cork.