Halloween Double Feature: Phantasm I and II | Triskel Arts Centre
We are committed to the Health & Safety of our staff and audiences. And we are operating under the agreed protocols described under "Guidance documents for the Safe Operations of Cinemas during COVID-19 Resilience and Recovery 2020-2021", a copy of which can be found here.
Live Music
Cinema
Visual Art
Festivals
Education
Special Events 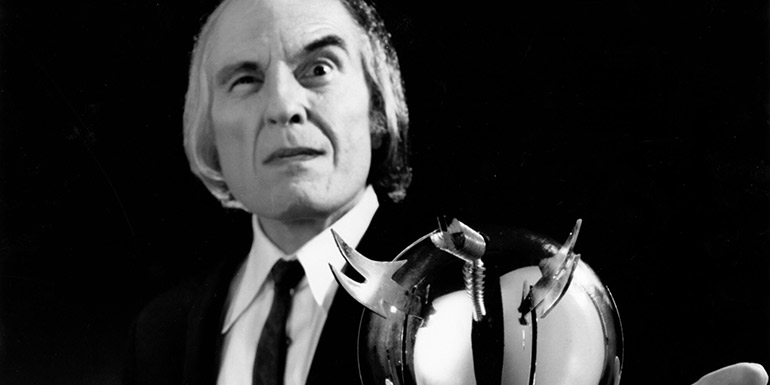 For this year’s halloween festivities, Triskel Arts Centre presents (in association with Arrow Films) a special double feature presentation of the original Phantasm (1979) and its sequel Phantasm II (1988), both directed by Don Coscarelli (Bubba Ho-Tep, John Dies at the End). Before each movie there will be vintage horror movie trailers, and a 15 minute intermission between shows.

Phantasm sets new standards in spine-tingling entertainment back in 1979, and continues to possess an eerie dream-like power to this day. The combination of the silver sphere draining blood from its victims’ heads, a demon with a foul, evil energy of its own and the sinister force of the Tall Man, set the scenario to learn the startling secrets of the Living Dead. If this one doesn’t scare you – YOU’RE ALREADY DEAD!

Seven years ago, Michael Pearson rescued his home town from destruction by the sinister mortician, the Tall Man. But Mike’s victory was premature, and now the Tall Man is back, daring the boy to participate in another deadly confrontation. Mike teams up with a loyal family friend, Reggie, and together they follow the Tall Man’s trail to a small town in Oregon. It is at the town mortuary that Mike and Reggie face the Tall Man and the lethal, flying silver spheres in the final deadly conflict.