Paul Dunlea & Cormac McCarthy Duo | Triskel Christchurch
We are committed to the Health & Safety of our staff and audiences. And we are operating under the agreed protocols described under "Guidance documents for the Safe Operations of Cinemas during COVID-19 Resilience and Recovery 2020-2021", a copy of which can be found here.
Live Music
Cinema
Visual Art
Festivals
Education
Special Events 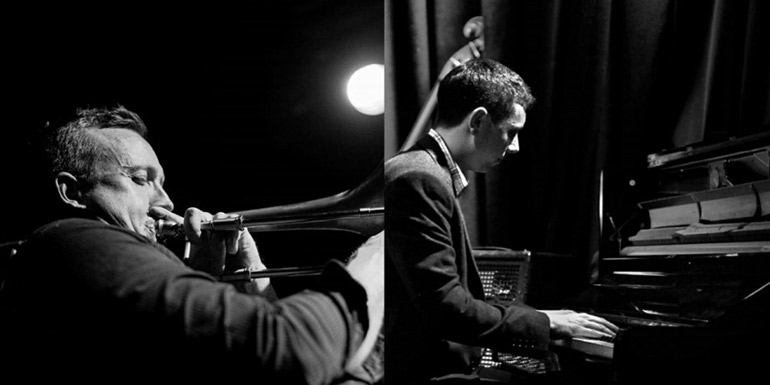 Cormac McCarthy is a Cork-born composer, arranger and pianist. He began studying piano aged four, and soon after discovered the joy of composition. He has gone on to perform and compose in a wide range of musical genres; from classical to jazz to Irish traditional music.

In 2010 Cormac received the prestigious Bill Whelan International Music Bursary from Bill Whelan, an award earmarked for young Irish composers studying abroad. He spent a number of years living in Chicago, where he completed a Masters in Jazz Studies at DePaul University. His compositions and arrangements have been recorded by such jazz icons as Phil Woods and Jeff Hamilton. As a pianist, he has performed extensively at concert venues, clubs and festivals throughout Europe and the US, recording and performing with artists across numerous genres, including Peter Washington, Billy Drummond, Liz Carroll, Tony Miceli, Padraig Rynne, Stan Sulzmann. Cormac’s most recent project, Cottage Evolution centres around music he has written for a 12-piece ensemble, and features musicians from an interesting and diverse blend of musical backgrounds. The project’s debut album has recently been released on the LYTE Records label to widespread acclaim. Cormac is also a member of the forward-thinking Irish traditional group NOTIFY, whose new album InConcept was released on Ropeadope Records in March 2016.

Triskel is the home to quality jazz in Cork, having welcomed jazz greats like the Marcin Wasilewski Trio, Jeff Ballard, Anna Gourari, Dino Saluzzi and more over the years. We’re delighted to announce Summer Jazz at Triskel and look forward to welcoming these musicians to Triskel this summer.