One Cut Of The Dead | Triskel Christchurch
We are committed to the Health & Safety of our staff and audiences. And we are operating under the agreed protocols described under "Guidance documents for the Safe Operations of Cinemas during COVID-19 Resilience and Recovery 2020-2021", a copy of which can be found here.
Live Music
Cinema
Visual Art
Festivals
Education
Special Events

One Cut Of The Dead NC 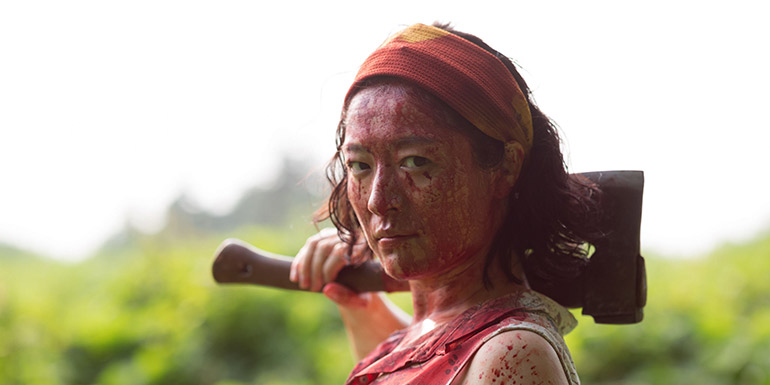 In an abandoned warehouse, a film crew are making a zombie film when, out of nowhere, real zombies arrive to terrorise and terrify them. The original title in Japanese means ‘Don’t stop shooting’, as filming continues even in their new horrifying circumstances. Exhilarating, entertaining and unique, One Cut of the Dead was filmed in just eight days. This inventive independent picture was a smash hit in Japan, with the first 37 minutes of the feature filmed in a single take.