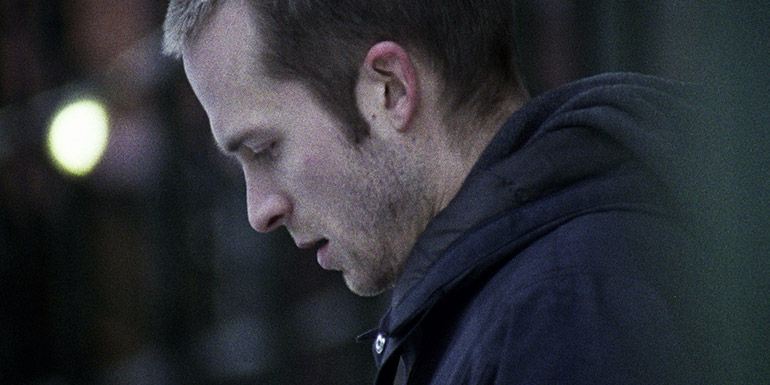 Rent Northeast from Sun 11 April for €­4 through Triskel Vimeo On Demand. Access for 72 hours after purchase (available worldwide).

This slow-burning drama follows Will (David Call) as he hangs out with friends, moves from one casual affair to the next, and wanders around Brooklyn without a job, drive or ambition. While this laid-back existence has carried Will through his twenties, friends such as Molly (Eléonore Hendricks) and Patrick (Tate Ellington) are settling into committed relationships and progressing in their careers. It is time for Will to take stock of his life and begin contemplating the future. Shot on grainy 16mm film stock against a wintery New York City, this intimate character study is the debut feature from director Gregory Kohn.

Last year, Kohn revisited Northeast and created a special short film edition of this work, running 17 minutes, which is also available on this rental package. Here are a few words from the filmmaker about why he made this alternative version of this movie:

“When I made Northeast as a feature back in 2010, I was 26 years old. Like most aspiring filmmakers at that age, I assumed that I knew everything about everything. I can recall the moment my producer, a graduate of the American Film Institute, suggested that the story of Northeast would make a good short film, and that I should consider that before jumping into features. “But nobody watches shorts,” was my immediate response. It took more than a decade and a once-in-a-century global pandemic for me to finally turn Northeast into that short film. I had tried my hand at shorts after I, myself, had entered the American Film Institute at the elder age of 32. While most of my peers were learning how to make movies for the first time, AFI laid bare the mistakes that I had already been making for years. When I finally finished my 20-min thesis, Good People (almost a full year after I graduated due to a horrific freak injury to my lead actress) I felt like a 10-ton weight had been lifted off my shoulders. For the first time in my life, I knew how to tell stories, not just how to make movies.

Fast forward to 2020, when I was stuck in my house during coronavirus with nothing but free time on my hands. So, I decided to re-edit Northeast. I wanted to see what the movie would look like if I simply homed in on the story and nothing else. The result is a 17-min short, and I personally like it a lot more than the feature. It’s probably time I called my old producer to tell her she was right.”

Welcome to the first instalment of ‘Triskel Presents’. While we are currently unable to present movies as a collective experience at Triskel Arts Centre, we have created this online initiative that our patrons can enjoy.

‘Triskel Presents’ will be a mixture of independent features and short films which can be rented from our Triskel On Demand Service, as well as a series of visual essays produced by our head of cinema Chris O’Neill, which will be available to view for free on the Triskel YouTube Channel and Vimeo Channel.

We begin with a season of films by Gregory Kohn, an American director whose low-key character studies can be disarmingly simple and immensely effective. As filmmaker and programmer Maximilian Le Cain states in the text here, Kohn is “a master of ambivalence and a filmmaker of tremendous subtlety with a unique approach to storytelling”.

Other films in this series: