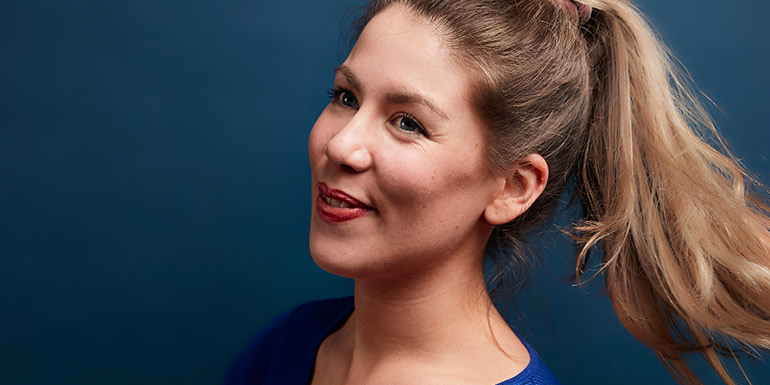 Niamh Regan is a critically acclaimed songwriter from County Galway. Released in the midst of the lockdown in 2020, her début album Hemet announced her arrival as one of the most distinctive songwriters in Ireland today. Earning nominations for both the RTÉ Folk Awards and the Choice Awards Album of the Year, the album received soaring praise and led to performances on The Late Late Show and Other Voices.

After her studies at the University of Limerick, Regan honed her craft as a songwriter by travelling between Ireland and California, writing about her experiences along the way. As a result, her songs seamlessly weave the intimacy of the Irish lyrical tradition with the expansive breadth of American songwriters such as Karen Dalton, Stevie Nicks and Joni Mitchell, but the resulting sound is entirely her own.

A natural storyteller, Regan’s songs are windows into her world, snapshots of the intimacy of everyday life. This is evident on her EP In the Meantime, which was generously supported by the Galway International Arts Festival Elevate Bursary.

Praise for her début record, Hemet:

“A game-changing record” – The Journal of Music
“A quietly stunning debut” – The Sunday Times
“A quiet and determined triumph” – The Irish Times
“One of the best albums released this year… sublime” – Nialler9
“Stunning” – Hot Press
“A bewitching album” – Irish Independent
“A heartfelt, timeless, and captivating release” – Folk Radio UK

As part of this concert, Niamh will share all of the songs from her recent EP In the Meantime, as well as a handful from Hemet.